The Arod Quartet, a prize-winning young ensemble based in Paris, offered an exceptional concert Sunday for the La Jolla Music Society at The Conrad. Yes, their ensemble playing demonstrated ample musical prowess and gratifying finesse, but I found their programming exceptional. 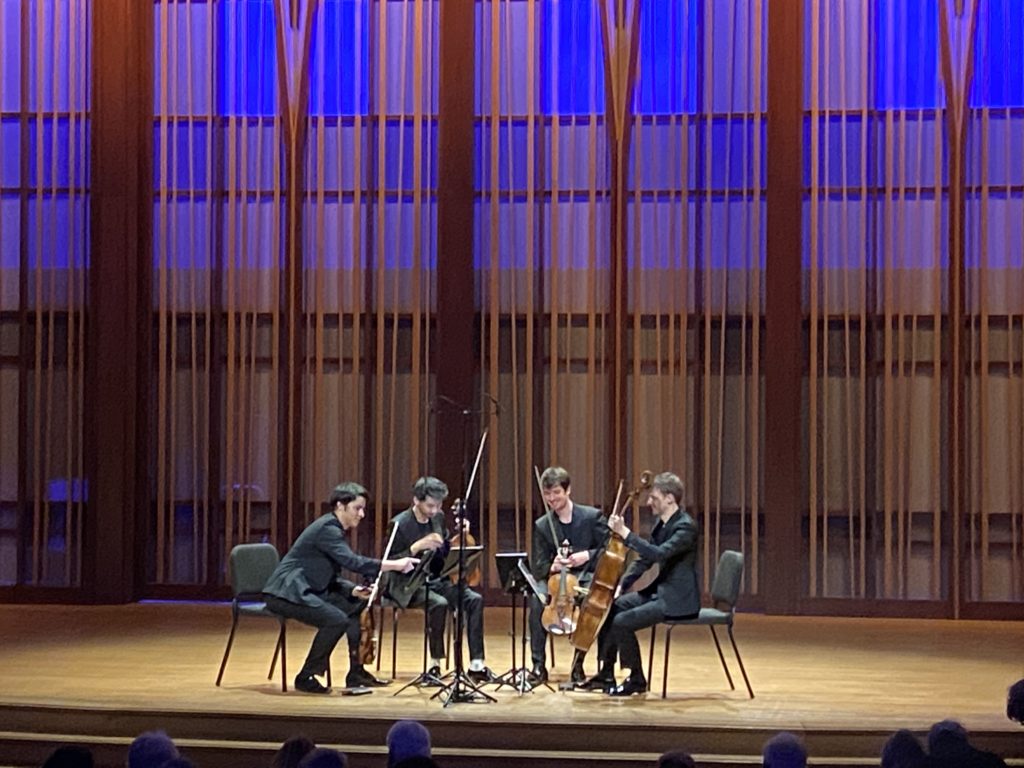 Bartók wrote this String Quartet after his extensive field research on the various folk music traditions of Transylvania, a multi-ethnic Hungarian province whose traditional musics matured long before western Europe’s major-minor system of tonality emerged. Although he and his mentor colleague Zoltán Kodály published some arrangements of these curious folk songs, for Bartók, the importance of his research was absorbing this pre-tonal music that both unleashed his melodic creativity and freed his harmonic palette from the vise of tonality.

The Arod Quartet faithfully guided us on the First String quartet’s sometimes harrowing, half-hour, nonstop musical voyage. Although the composer indicates three movements, he allows no breaks between them, and his moods shift with unpredictable alacrity. Violinists Jordan Victoria and Alexandre Vu opened the quartet with a haunting, mysterious canon whose motifs return at various times throughout the work. I was taken by the group’s stirring account of the dense fugue that either ends the opening movement or launches the second movement. Cellist Jérémy Garbarg offered several cantabile solos with luminescent ardor, and his vigorous duets with violist Tanguy Parisot were thrilling.

The First Quartet concludes with a joyous, even unbridled dance marked Allegro vivace, a device that served the composer well throughout his compositional journey, and Arod released its power with commanding ease.

Unlike Bartók’s rustic encounters with folk traditions before writing his First quartet, Ravel’s world when he composed his String Quartet in F Major was cosmopolitan Paris and the academic rigors of the Paris Conservatoire. Although the august Conservatoire faculty forbad its students to attend the premiere of Debussy’s opera Pelléas et Mélisande. Ravel attended all 14 performances of Debussy’s radical opera.

Arod’s account of the Ravel could not have been more French: ardent yet subtly restrained, replete with shimmering textures without so much as a hint of indulgence. A shower of bright, perfectly placed pizzicatos opened the scherzo, while the very slow third movement allowed violinist Vu and cellist Garbarg to craft solos of elegant reflection. The ensemble’s rhapsodic finale brought both the Quartet and the program to a most fulfilling conclusion.