Sunday afternoon’s SummerFest 2021 concert began inauspiciously when a slick introductory video rolled on for several minutes without sound. Only skilled lip-readers could follow Music Director Inon Barnatan’s narration, although it proved amusing to guess the identities of archival photos of composers and historic performers that flashed across the screen. 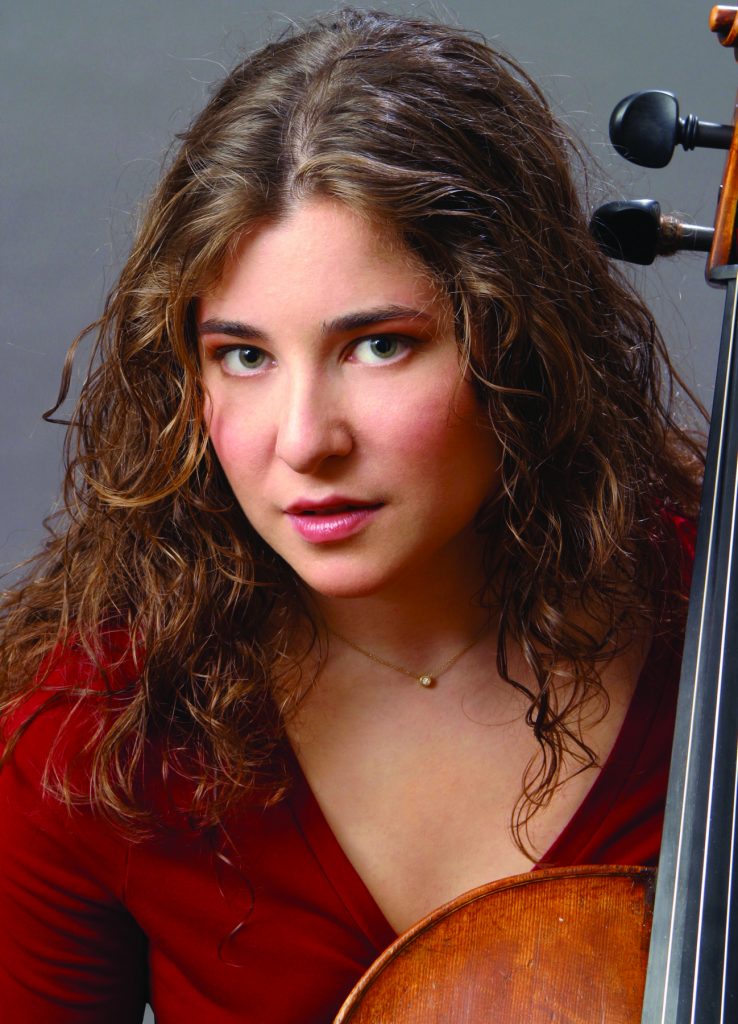 Barnatan stopped the video and came out to the edge of the Baker-Baum Concert Hall stage to give us the live version of what we did not hear from the video. From that point on, however, the program unfolded with uncanny precision and SummerFest’s predictable musical prowess. The Calidore String Quartet, a welcome newcomer to SummerFest, opened with a rewarding account of Claude Debussy’s G Minor String Quartet. Displaying a marvelously tight ensemble and a bright sonority with a provocative edge, Calidore’s urgent Debussy made a strong case to align the composer the Expressionist rather than the Impressionist musical camp.

I was impressed with cellist Estelle Choi’s earnest, focused drive, and with first violinist Jeffrey Myers’ shimmering, sprightly solos, notably in the Scherzo. In the slow movement, which the composer marks “sweetly expressive,” second violin Ryan Meehan and violist Jeremy Berry caressed melting themes that contributed to the movement’s ardent glow. A young ensemble, although they have been playing together since 2010 when they met at L.A.’s Colburn School, Calidore has won numerous prestigious awards, and this vibrant Debussy performance easily confirmed their achievement.

At the moment, I confess that I cannot think of a duo I would rather hear perform together than pianist Barnatan and cellist Alisa Weilerstein.—their chemistry is simply nonpareil. In Benjamin Britten’s daunting 1961 Sonata for Cello and Piano, Op. 65, written for the legendary Russian cellist Mstislav Rostropovich, the duo elegantly negotiated its quicksilver changes from quiet, tentative but suspenseful dialogues to brilliant fireworks that shook the hall with resonant thunder, making a compelling case for Britten’s unfamiliar work.

In this serious but always inviting sonata, the composer followed his own path, devising a five-movement structure with a passacaglia-like elegy as the central movement. Avoiding the easy cliches of Neo-classical pastiche and the strict formulas of the 12-tone serialists who occupied the high ground when Britten wrote the work, the sonata sounds at home with the musical styles from the end of the last century that flourished after classical music finally put away the 12-tone school straightjacket.

In the early years after World War I, Igor Stravinsky created several piano showpieces drawn from his successful orchestral ballet Petrushka for the eminent concert pianist Artur Rubinstein. Roman Rabinovich served up three of these Petrushka movements with joyous abandon. For the “Russian Dance,” he summoned an orchestral brilliance and keen sense of the composer’s humor; “In Petrushka’s Cell” exhibited an aptly frightening chiaroscuro that verged on burlesque, and “The Shrove-Tide Fair” admirably captured the excitement of the orchestral version in purely pianistic mode.

To climax another SummerFest marathon, virtuoso clarinetist Anthony McGill gave an unmatchable account of Mozart’s Quintet in A Major for Clarinet and Strings, K. 581. Over the years, McGill has been a frequent guest at both La Jolla SummerFest and San Diego’s Mainly Mozart Festival, and while there was no surprise in the opulent sonority and the imaginative, supple phrasing he brought to this clarinet showpiece, there was certainly abundant pleasure. His accomplished colleagues in the quintet were violinists Tessa Lark and Jun Iwasaki; violist Jonathan Vinocour, and cellist Alisa Weilerstein. It would be difficult to imagine a more sublime crew for this late Mozart gem.

This program was presented by the La Jolla Music Society in The Conrad Prebys Performing Arts Center in downtown La Jolla on Sunday, August 1, 2021; SummerFest 2021 continues in La Jolla through August 20, 2021.