The Theatre will survive. It always has.

But, Wow! Are these ever hard times for performing artists, whose creativity sprouts and blooms in personal exchange with an audience, not messages filtered through electronics?! 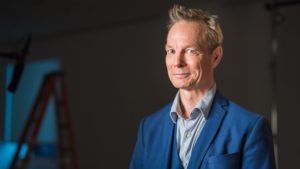 Bill Irwin, one of the most respected and beloved artists in the American theatre, has agreed to enter the online world for the Old Globe Theatre and see what might work. His 10-minute, two-person turn titled In-Zoom is the result, as endearing and ephemeral as a butterfly documentary. Look quick or you’ll miss it.

In-Zoom premieres Thursday, May 14, 2020, at 6:30 p.m. on www.theoldglobe.org and will be available for further watching only through Saturday, May 16, according to announced plans.

Through the past few decades, Bill Irwin has rescued the clown from the circus and reestablished comedia dell’ arte as the art’s mother tongue. He is best remembered in San Diego for La Jolla Playhouse turns in Brecht and as Harlequin but his Tony Awards resulted from heavy lifting in Beckett and Albee. Though he has credentials from Guggenheim, Fulbright and MacArthur, I love him best for the title role in the film Popeye, which nobody else seems to recall.

All this is sitting there at home in midtown Manhattan, as are so many perishable artistic treasures, with kids playing in the next room and no clear path to the next gig. So, of course I’m curious about what he sees ahead

The relentless format of Zoom, being explored so widely on YouTube these days, is like an endlessly renewing file of jail mug shots, groping for connection. For In-Zoom, Irwin has shaved, combed his hair and donned a red bowtie, which is already more than can be said for most of us. And he’s reaching out to his colleague Christopher Fitzgerald, a bit shaggier somewhere in North Carolina. 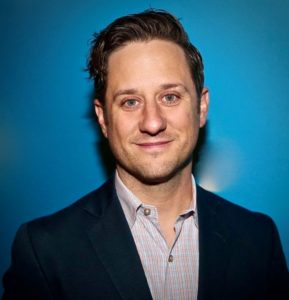 The piece only lasts 10 minutes, remember, so matters move along right briskly.

First, the limitations all too familiar to anybody who has dabbled in Zooming: Uncoordinated absences from the screen. Failure to find eye contact (“In the theatre we look at each other!”). Frozen images, controlled or otherwise.

Next, the two begin to build solutions, using theatre art: Eye contact is established, a generation gap is subdued and, ultimately, a triumphant fist-bump is exchanged.

Finally, there is a tentative gesture toward purposeful context. Irwin suggests an exchange of Bible readings. Fitzgerald accepts solemnly. The New Testament verses (maybe from “Acts”?) are sincerely moving, giving the whole exercise more heft than just a stunt.

So there’s promise here, as artists are wont to deliver. But I have to say that 10 minutes of Bill Irwin is like being offered serves two potato chips. For my next enlightenment, I’ll hope for a more substantial serving.