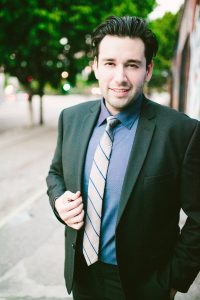 In December, the San Diego Opera’s dētour series presented tenor Joshua Guerrero and soprano Ailyn Pérez in a duo recital at the downtown San Diego Balboa Theatre that turned out to be a smashing success. Not surprisingly, General Director David Bennett jumped at the chance to add Guerrero with his touring ensemble the Bel Canto Trio to the dētour series. Their concert at La Jolla’s Baker-Baum Concert Hall Wednesday (March 4), ably assisted by pianist and music director Christopher Allen, proved as exhilarating as the Balboa recital, intensified by the warm acoustical ambience and more intimate scale of Baker-Baum.

In addition to Guerrero’s fiery Italianate tenor, the ensemble featured the hearty bass-baritone Nicholas Brownlee and Julie Adams, a young dramatic soprano with ample spinto allure. The singers opened their program program with a vivid trio from finale of the third act of Verdi’s early opera I Lombardi, a kind of “Liebestodt” in which the tenor is dying, his beloved pleads to be with him in the next life, and the hermit—the bass-baritone, of course—pronounces a hopeful benediction. I am happy to report that the rest of the evening unfolded with the high spirits and bravura vocal prowess this Verdi trio delivered.

If my memory serves me, Brownlee was slated to sing the title role in a recent San Diego Opera Don Giovanni production, but other 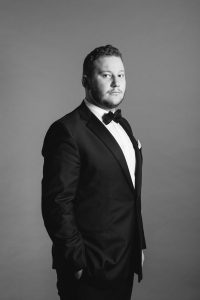 commitments proved more alluring. His playful banter introducing portions of the program clearly indicated a kinship with the character of Leporello, Don Giovanni’s sidekick, a role he will sing later this season in Germany. Brownlee displayed virile declamation and a winning upper range for a bass-baritone in the aria “Infelice, e tu credevi” from Ernani, another early Verdi opus, and his comedic versatility in “Quand la flame de l’amour” from Bizet’s La Jolie fille de Perth.

Julie Adams chose solo arias from three different Puccini operas, infusing Musetta’s familiar “Quando m’en vo” from La bohème with the understated coquettish confidence that only a radiant soprano can accurately portray. Adams and Guerrero were superbly matched both vocally and emotionally in the duet “Parigi, o cara” from the last act of La traviata. In a love duet such as this, Guerreo shifts into high Valentino gear, arguably his best suit, but even in a solo such as “E lucevan le stelle” from the final act of Tosca, the ardor his golden tenor communicates is transcendent. Giving welcome contrast from the opera buffa repertory, Guerrero and Brownlee made great sport of the scene from The Elixir of Love in which Nemorino (Guerrero) is acquiring his first taste of Dulcamara’s (Brownlee) magic potion, sipped from a large Slurpee-sized take-out paper cup with a straw. Their vocal agility suited the bumptious humor of the scene adroitly. 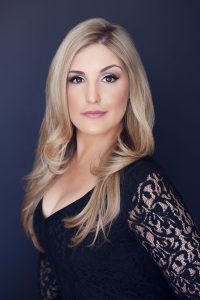 Allen’s rendering of complex, colorful orchestral scores on the Steinway proved as spellbinding as the singing, and his ability to tailor his phrasing and dynamics to the needs of his singers was more than exemplary. To open the second half of the program, he gave a commanding account of Rachmaninoff’s Prelude in G-sharp minor, less famous but far more demanding than his evergreen C-sharp minor Prelude.

The closing trio from Gounod’s Faust superbly ended the concert with apt drama: Adams’ compelling, soaring soprano anthem providing heart-rending contrast to Guerrero’s desperation as the broken title character and Brownlee projecting his stentorian bass-baritone authority as the Devil. The trio’s encore was the popular song “Granada,” one of Guerrero’s signature tunes, which the three singers turned into a friendly vocal competition.