Looking back over the array of pianists who have appeared on the La Jolla Music Society’s esteemed Piano Series, I cannot think of a musician unworthy of the accolade virtuoso. After hearing the young Uzbek pianist Behzod Abduraimov perform Sunday at The Conrad, the final offering of the company’s 2021—22 Piano Series, I am more acutely aware of the degrees of virtuosity and also that Abduraimov ranks in an exceedingly high echelon thereof. 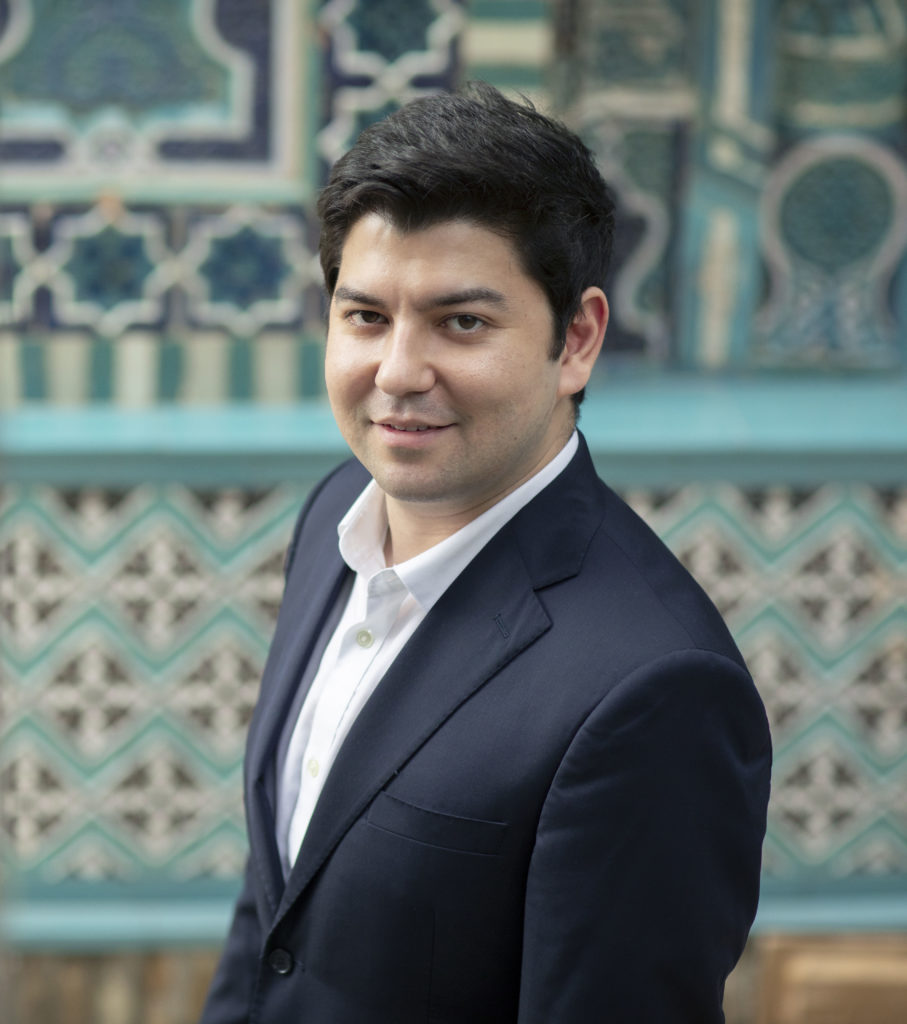 Noting this recital’s early publicity and even the printed program, Abduraimov was late settling on his recital’s opening salvo. At first he proposed a J. S. Bach piece, but the printed program changed that to a pair of Domenico Scarlatti Sonatas. Before the recital began, however, the company’s President and CEO Todd Schultz came out and announced that the recitalist would instead open with Florence Price’s “Fantasie Nègre No. 1 in E Minor.”

A mere 20 seconds into Price’s rhapsodic fantasy with its cascading runs dashing up and down the keyboard clarified this situation: for Abduraimov, nothing as sedate and decorous as Bach or Scarlatti would suffice. Fortunately, Price’s showy but sagely constructed toccata on the traditional spiritual “Please Don’t Let This Harvest Pass” proved far more substantial than, say, a vapid Fritz Kreisler violin encore.

In the early 1930s, both Price and composer Margaret Bonds—to whom this “Fantasie Nègre” is dedicated—were leaders in the Black Chicago Renaissance movement. The last decade has witnessed a serious national revival of interest in Price’s music, and just last month the La Jolla Symphony under guest conductor Sameer Patel performed Price’s First Symphony in a concert at Good Samaritan Episcopal Church in the Golden Triangle.

Following his athletic, dramatic account of the Price work, Abduraimov turned to Robert Schumann’s Kreisleriana, Op. 16, a substantial piece that also offers abundant opportunity for virtuoso display. No serious music-lover should doubt the complexity of Schumann’s persona. Early in 1838 he composed his Scenes from Childhood, Op. 15, a set of absolutely uncomplicated, naively descriptive, and technically easy pieces that are played by beginning piano students the world over, yet he followed this collection with Kreisleriana, Op. 16, eight technically daunting movements that serve as a searing Rorschach test for the emotional state of E.T.A. Hoffman’s fictional character Johannes Kreisler, the deranged critic and composer with whom Schumann ominously identified.

Abduraimov sailed through the headlong agitation of the first movement and all of the other complex fast movements of Kreisleriana with uncanny composure, filling the Baker-Baum Concert Hall with a sonic maelstrom that somehow kept all of its myriad musical details in perfect order. Readers will no doubt find me churlish to complain that I wanted deeper emotional probing from Abduraimov’s accounts of Schumann’s quiet, introspective movements. But his overall interpretation of Kreisleriana was indeed formidable.

The depth I hoped to find in the quiet moments of the Schumann Op. 16 did appear in the pianist’s suave account of Franz Liszt’s “Divine Benediction in Solitude” from his Harmonies poétiques et religieuses, S. 173/3. Music historians tell us that this piece was one of the composer’s favorite piano works, although in over 40 years of reviewing classical music, I have never encountered this work. Abduraimov coaxed the mystical left-hand themes with a fluid grace that could melt proverbial hearts of stone and accompanied these enchanting themes with diaphanous right-hand figurations. Like Schubert, Liszt can linger over a cherished theme longer than is comfortable for even the most patient listener, but Adburaimov’s adroit dynamic scheme gave welcome structure to a piece that could sound amorphous in less insightful hands.

Abduraimov completed his program with Sergei Rachmaninoff’s Variations on a Theme of Corelli, Op. 42, a concisely written set of 20 variations on the traditional dance theme known as La Folia that Arcangelo Corelli quoted in one of his violin sonatas. Rachmaninoff takes the stately D minor theme on an amusement park ride of thrills and surprises, from daring cross-hand maneuvers at racing speeds to fistfuls of unrelenting dissonant chords.  As one of the great concert pianists of the last century, it is no surprise that Rachmaninoff pulled out every trick in the book for his valedictory composition for the piano. Like the Schumann piece on the first half of the program, Abduraimov subdued every challenge without breaking into a sweat and easily drew the audience into his riveting adventure.

This recital was presented  by the La Jolla Music Society on Sunday, May 15, 2022, at The Conrad Prebys Performing Arts Center in downtown La Jolla, CA.