When baritone Reginald Smith, Jr. competed in the international 2021 Singer of the World Competition in Cardiff, Wales, the experience filled him with pride. “I was the only singer from the United States representing my country, along with the 16 other top singers from around the world—it was remarkable.”

There was only one downside, however. “The other baritone won,” he said with feigned resignation. 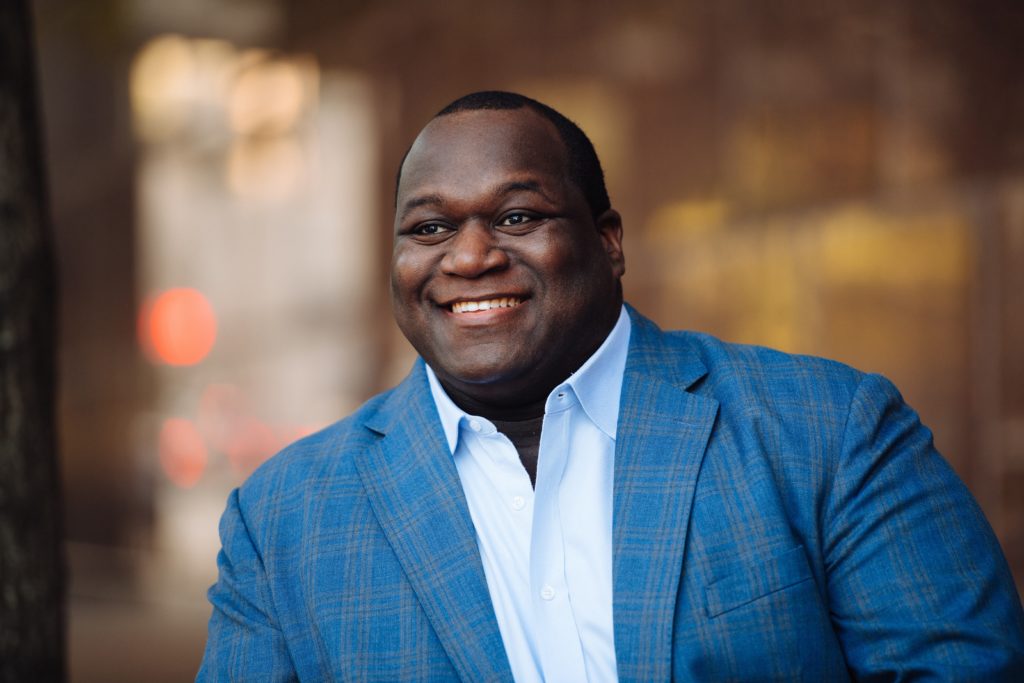 Smith is in San Diego preparing the role of Don Alfonso for this Saturday’s opening of a new production of Mozart’s Così fan tutte by San Diego Opera in Civic Theatre, the first production the company has offered inside a theater since the beginning of the pandemic in 2020.

One of the three operas that Mozart wrote with the librettist Lorenzo da Ponte, Così fan tutte was ignored for more than a century after Mozart’s death—quite unlike Don Giovanni and Le Nozze de Figaro, which never left the standard opera repertory. In the words of the English musicologist Julian Rushton, Così was branded “a heartless farce clothed in miraculous music,” and for the longest time was seldom performed as the composer wrote it, either chopped up and tossed into a pastiche with music from other operas or refitted with a completely different story. Not until the 20th century did opera directors begin to take the entire opera seriously, even to the point of restoring cuts that Mozart himself made.

The difficult premise of the opera’s plot–that female constancy can be easily disproved by a clever ruse–is the wager proposed and designed by Smith’s character, Don Alfonso, who is euphemistically described in the libretto as “an old philosopher.”

“Don Alfonso is both the playful trickster and the cynical manipulator,” Smith explained. “He does get joy out of playing tricks on people, and if he can make some money at the same time, it’s even better. My job is to find the depth in this person and make him charming, so the audience will actually like him and not boo him at the curtain call.”

Smith observed that aside from handling Don Alfonso’s character development on stage, the vocal challenge is even greater. “Although this role does not sit in the stratosphere, it is taxing because it stays in the middle register of the voice, that range that is full, rich, and exciting for the listener. But it is unforgiving for the singer.”

Growing up, Smith was blissfully ignorant of opera, although he loved to sing and described himself as a choir nerd. In high school he and some of his classmates were given the option to attend a performance of Puccini’s Tosca, “and I eagerly went along just to get out of a few hours of school, not because I wanted to see an opera.” But Smith admits that experience was the beginning of getting the “opera bug.”

“I was blessed to have great people around me, folks who could see what was coming around the next corner of my career and keep me on the path.” Smith proved ever cautious, however, pursuing a double major in college just in case the music did not work out.

In 2015, Smith was a Grand Finals winner of the Metropolitan Opera National Council Auditions, and honed his voice and stagecraft participating in the Houston Grand Opera Studio. The Met called him back in 2019 to sing the role of Jim in the company’s acclaimed production of George Gershwin’s Porgy and Bess.

“That role was not only my debut in a Met production, but it was the opening night of the entire Met season. As we stood on the stage for the curtain call, a surge of emotion overwhelmed me as I thought about all the greats of the opera world who had also stood on that stage.”

After the Met’s Porgy and Bess production, Smith sang yet another role in Gershwin’s opera for Atlanta Opera, so I asked him if the stereotypes found in DuBose Heyward’s libretto bothered him. He replied that the success of Gershwin’s Porgy and Bess opened the door and proved that stories of black life belonged on the opera stage.

Smith will sing the title character of Castor in Cincinnati Opera’s premiere this July of Gregory Spears’ Castor and Patience, whose libretto is by Tracy K. Smith, a distinguished African-American poet who won the Pulitzer Prize for Poetry in 2012 and served as the U. S. Poet Laureate from 2017-2019.

“Fortunately, in today’s society we have more opportunities to experience stories written by African-Americans who present a more authentic portrayal of African-American culture and life.”