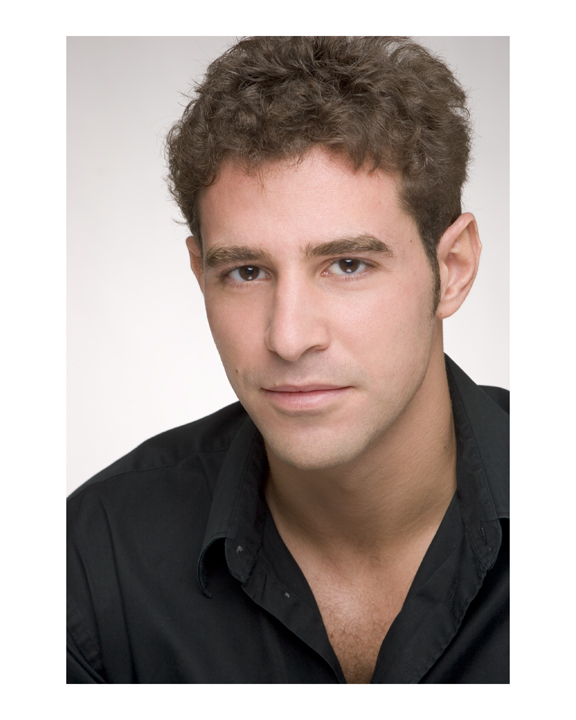 The young American baritone Paul La Rosa, who sings the key role of El Payador in the opera, praised María de Buenos Aires for its “absolutely gorgeous music, its vividly poetic and surrealistic text, and a story of terrifying, dark beauty.”

“I am attracted to works in which the strong narrative is not necessarily the arc of the story,” he explained. “In this opera, the narrative is actually the emotional journey the audience takes.”

In a way, Piazzolla, the creator of a new, jazz-inflected style of tango that came to be called nuevo tango, was writing about himself through the character of Maria, a Buenos Aires prostitute and singer of payadas, an Argentine style of improvised song. “The payadas are an early musical form that was performed as a kind of musical battle between the singers, sort of like today’s rap battles,” La Rosa explained.

“In the opera, my character El Payador represents the spirit of the old tango, and Maria is the new. At one point, Maria says to my character, ‘You will hear me, but you will never catch me!’.” In the opera’s story, although Maria is killed at the end of the fist half, she returns as a spirit to give birth to a child. So Maria’s victory over her circumstances symbolizes the vindication of nuevo tango and Piazzolla over Argentina’s staid traditional tango culture.

“My character, El Payador, is a poet whose sensibilities have been jaded by the culture of Buenos Aires,” said La Rosa, “but he finds in Maria a brightness that he cannot stop thinking about.”

According to some sources, the idea of creating the 1968 opera María de Buenos Aires was proposed by Piazzolla’s mistress at that time, Egle Martin, for whom he wrote the title role. But midway through the process of composition, the composer brashly confronted Martin’s husband and demanded that he take Martin as his wife. Her husband refused and quickly ended the relationship. Fortunately, the composer soon met his incarnation of the Maria role, Amelita Baltar, a singer in a popular Buenos Aires nightclub.

Of course, a tango opera cannot simply be about tango; it requires dance, and Maria and El Payador are surrounded by spirited choreography. “Our production evokes the raw tango of the streets. Every dance has a dramatic purpose, evolving from the story,” noted John de los Santos, who both directs the opera and is responsible for the choreography. Local audiences will recall that de los Santos made his San Diego debut choreographing last season’s production of Jake Heggie’s new opera Great Scott at Civic Theatre.

“I believe this opera will really reach audiences,” added La Rosa, “and they will come away feeling a deep connection to Maria and El Payador, strong characters who pull exactly what they need from each other. Their emotions run deep and communicate straight to the heart and the mind.”

This new production of María de Buenos Aires–part of the San Diego Opera’s Dētour Series–is  the creation of scenic designer Lilliana Duque Piñeiro and costume designer Ingrid Helton, with lighting by Jason Bieber. It opens at the Lyceum Theatre in Horton Plaza on Friday, January 26, at 7:00 p.m., and continues with two performances (7:00 and 10:00 p.m.) on January 27, and a final 2:00 p.m. performance on January 28.