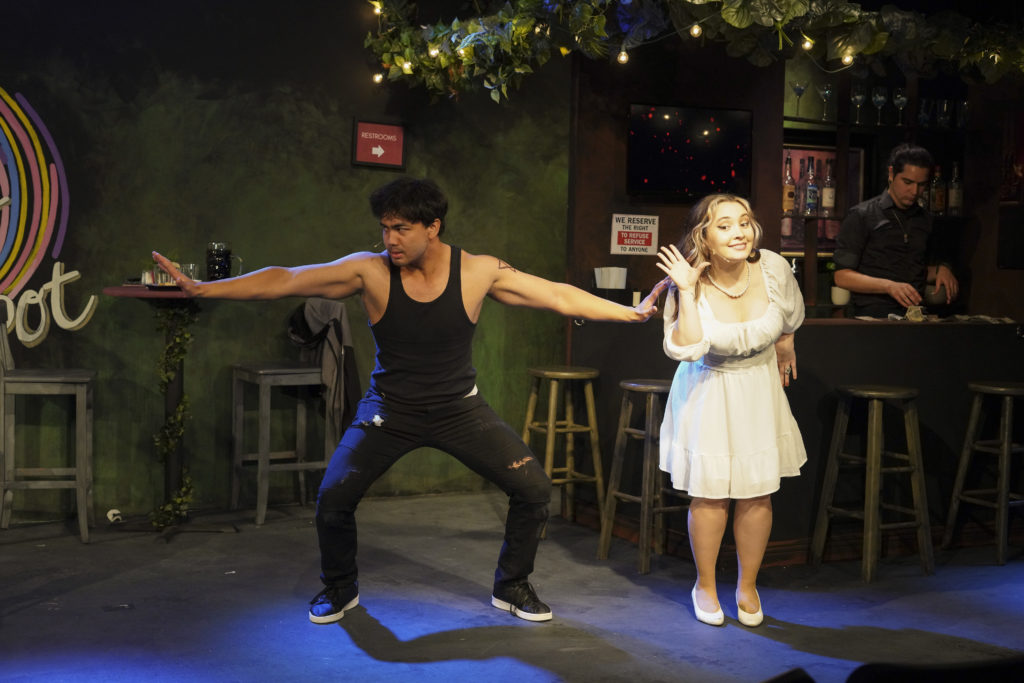 October might seem like an unusual time for Onstage Playhouse to present the frequently funny romantic musical comedy, First Date. However, staging the show around Halloween actually makes sense since the dating experience can be scary and stress-inducing.

Set almost completely at a restaurant (depicted on Reiko Huffman’s detailed set), a seemingly socially awkward man, Aaron (Benjamin Monts), meets a self-assured woman, Casey (Adelaida Martinez), on a blind date. Since Aaron has not been on a proper date in a long time, he is more anxious and nervous than Casey, the confident serial-dater. While neither are immediately won over by the other, they are interested enough to see how their evening goes.

Austin Winsberg’s book keeps the encounter unpredictable, as the two main characters chat over drinks and dinner. For every moment where the conversation almost turns into a disaster, there is always something to keep the potential couple intrigued.

As more information is revealed, fantasy scenes, which typically include visions of Aaron’s womanizing friend, Gabe (Jaden Guerrero), and Casey’s protective sister, Lauren (Kylie Young), reflect their inner thoughts as they try to process how well or awful the discussion is going.

The dream sequences feature clever and irreverent songs from Alan Zachary and Michael Weiner, and are where some of the biggest laughs occur.

Wearing many hats as a director, choreographer and lighting designer, Kevin “Blax” Burroughs stages a variety of musical numbers ranging from the 1960’s-inspired “TheSound of Silence” spoof, “The Awkward Pause,” and the modern pop-influenced earworm, “Bailout Song #1.” His work, along with Brad Dubois’ costumes, the band led by musical director/keyboardist, Benjamin Goniea and perfectly themed videos from Estefania Ricalde, add plenty of chuckles to the narrative.

Burroughs deserves credit for creating a distinct interpretation. Even fans of the 2013 Broadway production might be surprised by his creative choices as the plot unfolds.

He wisely grounds the performances from Monts and Martinez, which allows theatregoers to root for Aaron and Casey, despite extreme differences that are revealed at the bar. 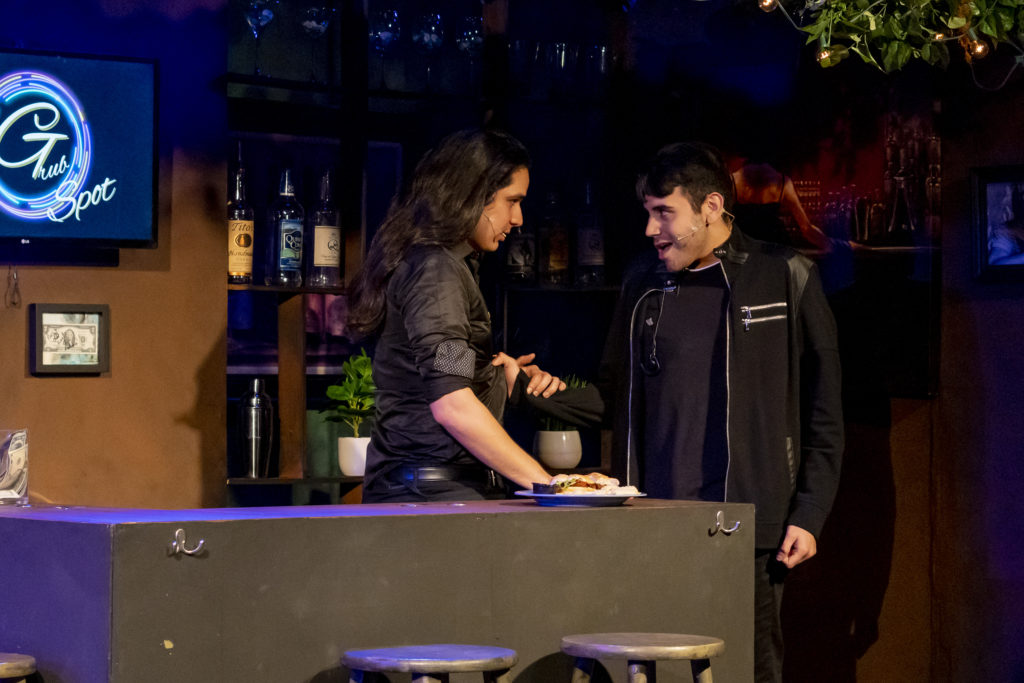 Instead of always striving for perfect notes, the artists occasionally lean on their acting for comic timing and to convey the emotion of the tunes.

There are still times when the vocals from the ensemble standout, particularly when Monts and Martinez sing in “First Impressions,” and Monts shares an unexpectedly tear-inducing duet, “The Things I Never Said,” with Young. The latter number is one of the few times where the tone shifts from being light and breezy, to effectively being serious and contemplative, as Aaron thinks about his mom (Young).

Both honest and hopeful, First Date is a relatable tale for audience members. It makes for an enjoyable night out at the Chula Vista theatre.