Art of Elan returned to the San Diego Museum of Art Tuesday with an exotic program focused on non-western chamber music. Executive and Artistic Director Kate Hatmaker took us on a musical excursion that visited Iran, Armenia, Turkey, and Java. 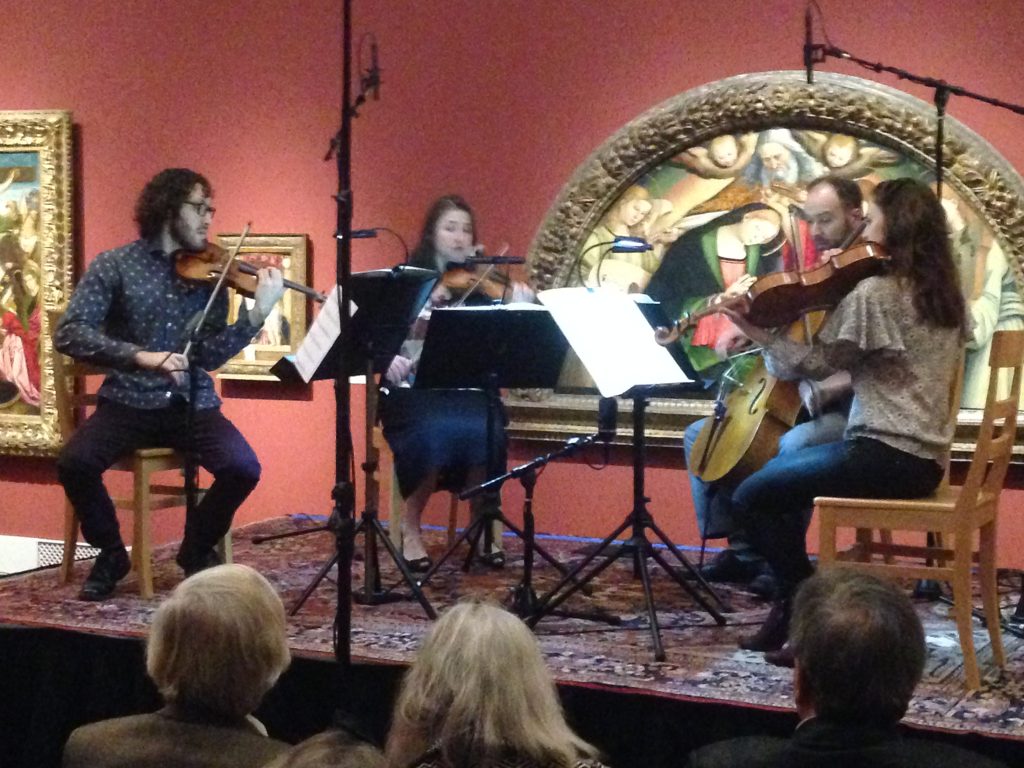 Precourt and Stuart gave a compelling account of Hungarian composer Lásló Weiner’s 1939 Duo for Violin and Viola, a four-movement sonata surprisingly rich in texture for its modest means and replete with inventive modal counterpoint. A pupil of Zoltán Kodály, Weiner’s promising composing career was tragically ended by the Holocaust.

Lou Harrison, California’s beloved maverick composer from the last century, worked apart from the two movements that dominated American music in his lifetime—neoclassicism and Schoenberg’s 12-tone technique. Intrigued by the musical world of Javanese gamelan, he found ways of recreating the soul of this music with traditional western instruments. Written in his 70th year, “Ariadne” features an entrancing flute solo that suggests some ancient, primal incantation floating over a one-person percussion base that creates the vibrant sheen of the gamelan. The opening chant soon gives way to a spirited, ecstatic dance. Flutist Rose Lombardo added a bit of edge to her usual gleaming sonority to give it a more earthy color, and Andrew Watkins evoked Harrison’s gamelan memories with fleet work on vibraphone, djembe, and tambourines. 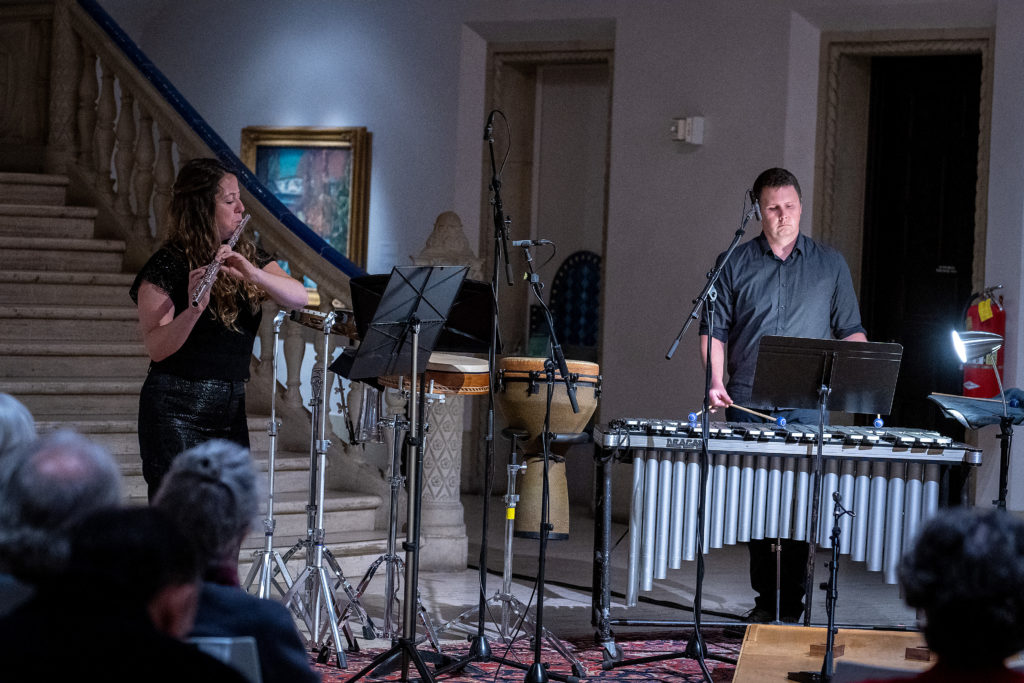 In the glorious and troubled history of Armenia, Vardapet Komitas is revered not only as a composer, but as an ethnomusicologist who saved much of his people’s traditional music by collecting and transcribing it, as well as teaching it to choirs he directed in Istanbul, the capital of the Ottoman Empire during his most productive years. Art of Elan’s string quartet offered three of his short Armenian folk songs, festive and exotic as the poetry of Constantine Cavafy.

Contemporary Turkish-American composer Erberk Eryilmaz turned to the traditional music of Turkey to inspire his set of “Miniatures No. 4.” For this suite of folk five dances and songs, the composer instructs the string players to use a number of extended instrumental techniques to approximate the more rugged sound of the Turkish stringed instrument called kemençe. As the quartet plays, the instrumentalists utter vocalizations on dark syllables that underscore the music’s Middle Eastern roots.

This concert was presented by Art of Elan on Tuesday, March 8, 2022, at the San Diego Museum of Art in Balboa Park.