A new San Diego ensemble—the Ardor Trio—made an auspicious debut Saturday (September 30) at the Mingei International Museum in Balboa Park. In the refined realm of chamber music, the string trio plays second fiddle to the august string quartet, an irony, of course, since the string trio has no second violin! 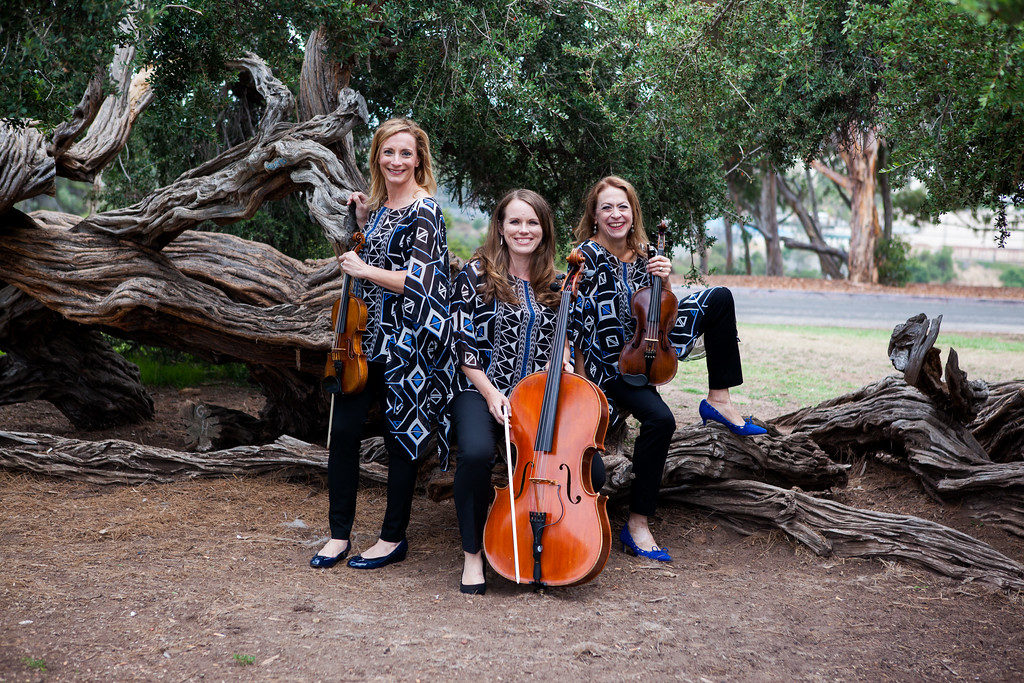 Facing the relative unfamiliarity of string trio repertory, the Ardor Trio wisely selected a program that neatly spanned a wide swath of music history, opening with 18th-century maestro Luigi Boccherini’s effervescent String Trio in A Major, Op. 38, and closing with the popular crossover composer Astor Piazzolla’s 1984 tango “Oblivion.” At the center of their program, Franz Schubert’s String Trio in B-flat Major, D. 581, and Ernst von Dohnanyi’s Serenade in in C Major, Op. 10, gave the audience a generous insight into the heart of serious string trio writing.

Dohnanyi’s Serenade, with its its five elegantly designed movements filled with episodes of contrapuntal ingenuity, impressed me greatly. Its opening march, for example, sported playful rhythms that casually evoked martial cadences, but overall the movement suggested a dashing rhapsody. At the Serenade’s center, a bracing Scherzo solidly anchored the work, which Ardor played with fleet, crisp ensemble, especially the brisk pizzicato cello parts executed so smartly by Amanda Devlin. And in the lyrical Theme with Variations, Ardor did not neglect bringing out the composer’s trademark edge of Hungarian melancholy.

Schubert’s buoyant textures and florid melodic style brought out Ardor’s most winning ensemble work. Violinist Linda Piatt made the most of her elaborate, graceful lead in the Serenade’s extroverted first movement, and violist Robie Evans offered well-shaped solos in the playful Menuetto. In the exciting Rondo finale, Ardor’s ebullient spirit and finesse showed the bright promise of this new ensemble.

Perhaps Ardor was adjusting to the room in the first movement of the Boccherini that opened the concert—violinist Piatt seemed tentative an uncertain at times, and cellist Devlin dominated the texture in a way that I doubt the composer intended. The players came into better balance and focus in the second movement of the Boccherini. Piazzolla’s persuasive, haunting “Oblivion” provided a programmed encore that sent the ample Mingei audience on its way uplifted.