Under the baton of Venezuelan guest conductor Domingo Hindoyan, the San Diego Symphony opened 2023 on Friday, January 6, with a fresh, vibrant program at Escondido’s California Center for the Arts. The featured work, a recent violin concerto by Mexican composer Arturo Márquez—Fandango for Violin and Orchestra—brought back the stellar violinist Anne Akiko Meyers to the orchestra. 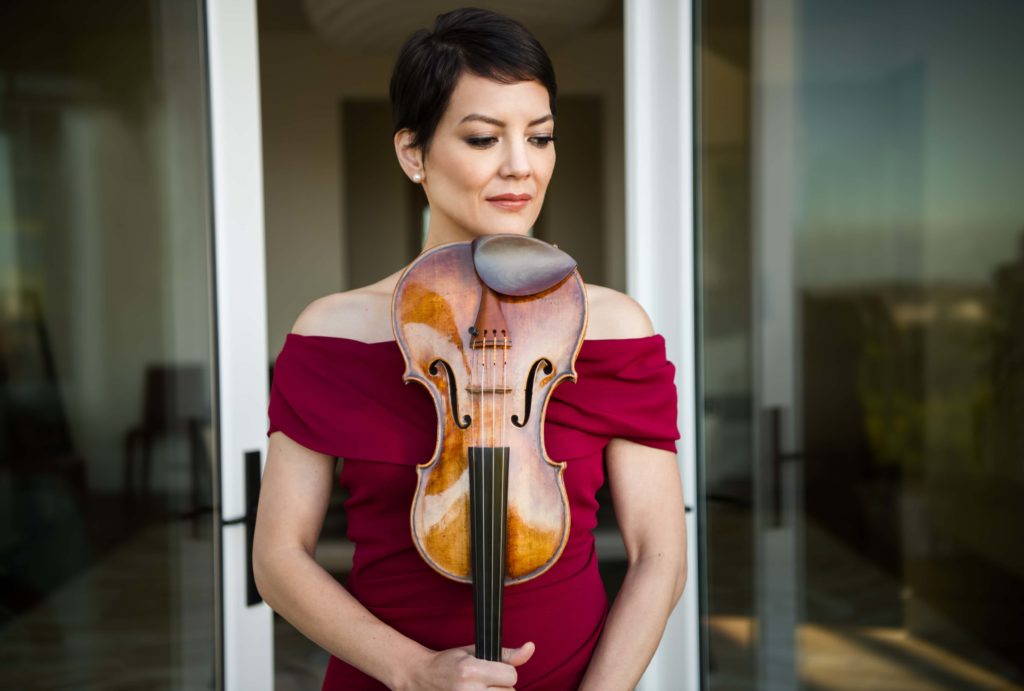 A champion of new music who has had many works written for her, Meyers premiered Adam Schoenberg’s concerto Orchard in Fog with the San Diego Symphony under Sameer Patel in 2018. The musical virtues we heard then, Meyers’ dazzling technical facility expressed through a sharply focused sonority that sports a gleaming upper register, brilliantly communicated Márquez’s three movement Fandango.

Since the term fandango usually describes a lively Spanish dance in triple time, it is no surprise that this Fandango is driven by highly syncopated dance rhythms, notably the characteristic Caribbean clave rhythm that propels the orchestra. While these distinctive themes are sometimes mirrored by the soloist, more frequently Meyers tossed off bravura flourishes that elaborated and extended the orchestra’s more lithe phrases.

Meyers premiered Fandango with the Los Angeles Philharmonic under Gustavo Dudamel in the summer of 2021, and San Diego is fortunate to hear this substantial, engaging concerto so soon after its debut.

Although Roussel is usually labeled a neo-Classicist, his flashy themes and vivid orchestrations have nothing to do with that “wrong-note” neo-Classicism of Hindemith or Stravinsky that flourished in Europe between the two World Wars and usually sounds like parody rather than inspired composition. Roussel described his approach in a 1924 letter he wrote to the famous French music mentor Nadia Boulanger: “the return to clearer lines, more emphatic accents, more precise rhythm, a style more horizontal than vertical.”

Hindoyan and the orchestra gave an enthralling, dramatic account of the Suite from Roussel’s ballet. On the podium the young Venezuelan conductor appeared precise and collected, almost calm in contrast to the athletic approach of our current Music Director Rafael Payare. Yet the players’ musical response to Hindoyan proved equally robust and persuasive.

The San Diego Symphony has a love affair with Stravinsky’s Petrushka. In 2017 the eminent conductor Charles Dutoit led the orchestra in an inspired, memorable account of this ballet in Copley Symphony Hall, and this performance in Escondido under Hindoyan proved just as exciting and polished. In Petrushka, each section has opportunities to assault the audience with memorable themes, from the tuba and contrabassoon at one end of the scale to piccolo and triangle at the other. Hindoyan chose rousing tempos, but never at the expense of acute linear clarity, which he received in full measure.

This concert was presented by the San Diego Symphony on Friday, January 6, 2023, in the Concert Hall of the California Center for the Arts in Escondido, CA.