Over the last weekend, the young Romanian cellist Andrei Ioniță thrilled San Diego Symphony audiences with his account of the Edward Elgar Cello Concerto under guest conductor Case Scaglione. After that stunning first impression, attending a chamber concert on Tuesday, April 10, in the Auditorium at TSRI featuring Ioniță was not simply an option—it was a necessity. 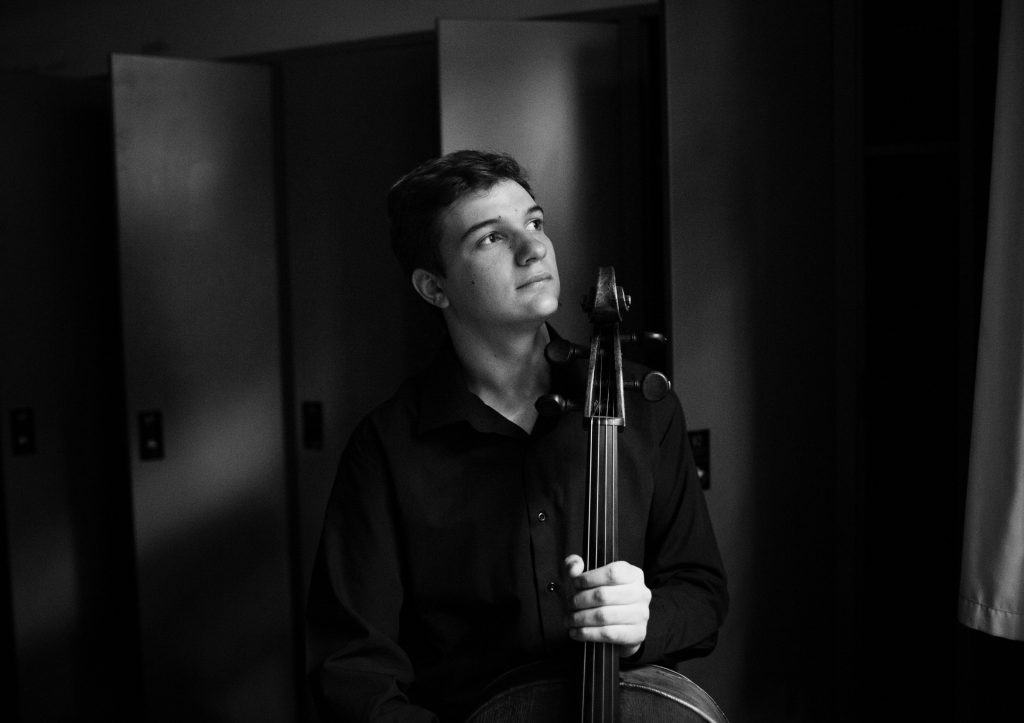 He did not disappoint. His exemplary account of J. S. Bach’s Second Cello Suite in D Minor, BWV 1008, mesmerized and elated his audience. Unlike composers at the end of the 19th century, Bach did not mark his music manuscripts with accents and phrasing, so every performer must find in that great slurry of apparently equal notes the strong notes, the important accents, as well as the beginnings and endings of phrases. Ioniță solved this challenge with a combination of dramatic zeal and logical rigor, so that each dance movement—save the opening Prelude, they are all 18th-century dances—revealed both its dazzling architecture and emotional core.

He dazzled us with his fiery but immaculate articulation in the whirlwind Courante, and he entranced us with a crystalline yet rhapsodic interpretation of the stately Sarabande. As rewarding as his robust double and triple stops sounded in the two Menuetts, the speed and ardor of his final Gigue took the prize. As we heard in the Elgar Concerto, his sound is simultaneously robust and supple, filling the hall with rich resonance, but still light and buoyant: an ideal combination of virtues to realize the music of J. S. Bach.

Much of the success of this “Trout” Quintet resulted from Wilson’s nimble but securely grounded technique and his inventive approach to the composer’s thematic and accompanying figuration. When Schubert finds an idea he likes, he tends to unashamedly repeat it, sometimes to the point of distraction, but Wilson’s iterations never overstayed their welcome.

Violinist Hanah Stuart, who played in last month’s moving Shostakovich String Quartet No. 8 in D Minor for Art of Élan, illuminated Schubert’s rolling themes with grace and elegant detail. In the Andante and in the variations on Schubert’s own “Trout” lied, violist Quing Liang sported his dark, glowing timbre in several fleet solos.

When Schubert graced the cello with one of his signature arched themes, Ioniță sounded forth with his luxurious timbre and compelling phrasing. Double bass Samuel Hager matched his colleagues’ deft fluency with unusual finesse in his subterranean realm. The ensemble of this group, clearly assembled just for this performance, proved sterling in its balance and unity of interpretation.

This concert was presented by the San Diego Symphony on April 10, 2018, at the Auditorium at TSRI as part of that organization’s Chamber Music Series. The final concert on this season’s chamber series is slated for May 8, 2018, featuring pianist Orli Shaham.