In the heady days of Germany’s Weimar Republic, composers such as Paul Hindemith and Ernst Krenek turned out snappy operas inspired by current events and cultural trends. Krenek’s 1927 Jonny spielt auf (Johnny strikes up the band) featured a whimsical story about the leader of a jazz band, because sophisticated Europeans were intoxicated with American jazz in the roaring twenties. 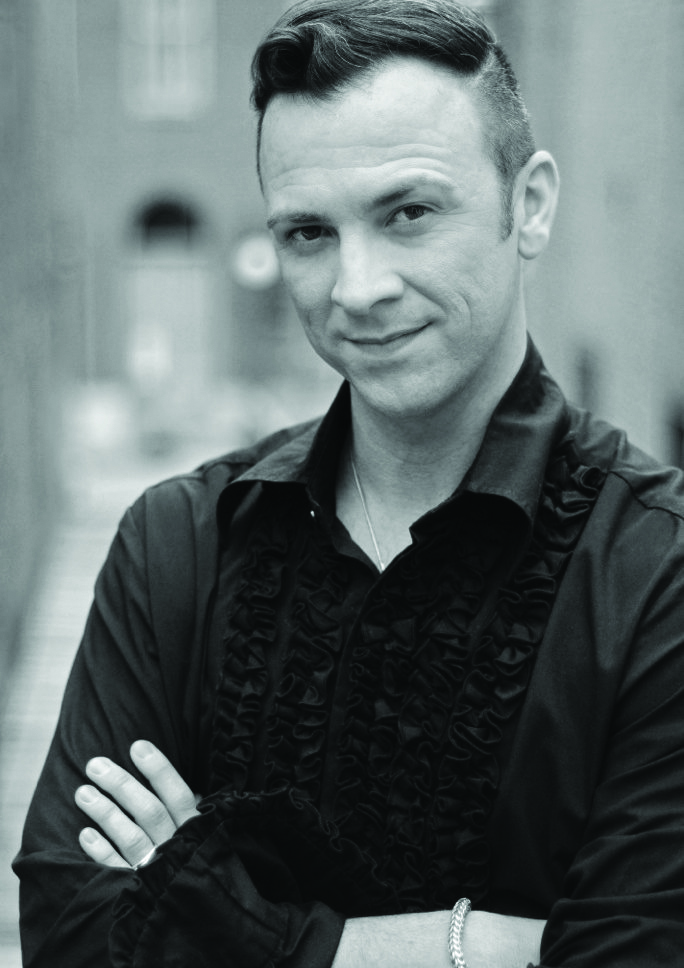 The craze for operas on current topics—Germans called them Zeitoper, or Opera for the Present Time—faded once the 1920s stopped roaring, but this type of opera is currently enjoying a revival. San Diego Opera will open its production of Laura Kaminsky’s As One, a chamber opera based on the psychological journey of a transgender woman, Friday, November 10.

“As One takes you out of the world of grand opera and focuses on a vital contemporary issue in a smaller, intimate setting,” explained Kyle Lang, director of San Diego Opera’s production. Since As One was first produced in 2014, however, current events have taken this issue from the slightly sensational biographies in periodicals that clog supermarket checkout stands to front-page headlines and raging political debates at the national level.

In June of 2016, under President Obama, the Department of Defense officially allowed transgendered individuals to enlist and serve in the armed forces, but a year and one month later President Trump revoked this decision, only to have this reversal placed under preliminary injunction a week ago by Judge Colleen Kollar-Kotelly. Talk about “Opera for the Present Time”!

But Lang insists that in spite of this opera’s topical currency, As One has a broader and deeper focus. “No matter who you are, either you or someone close to you has some part of themselves that is considered less than normative. As One is a universal story of that constant evolution of self-acceptance that is revealed in the opera’s specific story of an individual who does not transition from a man to a woman, but experiences the journey of how to become that woman she was born to be.”

In the opera, the character of Hannah is sung by a baritone, Kellly Markgraf, and a mezzo-soprano, Blythe Gaissert, but this vocal division is not a simple before and after categorization, according to Lang. “The baritone and the mezzo-soprano interchange their roles, at different times taking over a different aspect of Hannah’s persona or even sharing and observing that aspect. At times they stifle, or comfort, or even abandon each other.”

If the topic of As One is unusual, the audience will find the set equally surprising. For her orchestra, the composer Kaminsky chose a string quartet, and the string quartet will be placed stage center in San Diego Opera’s production at the Joan B. Kroc Theatre.

“With the quartet in the middle of the stage, we have constructed a platform, a kind of catwalk around the quartet that allows the singers to move freely and get closer to the audience, even if they are in front of the instruments and the conductor. To make this work, we have discretely placed two monitors offstage that the singers can follow when their backs are to the conductor.”

Of course no avant-garde stage production can get by without a video component for the audience. “We have five large video screens, although they tend to be abstract, atmospheric images intended evoke a thought or emotion in the opera text.”

Like Seán Curran, who directed San Diego Opera’s recent The Pirates of Penzance production, Lang comes from the world of dance. Perhaps prophetically, after his studies in New York with the Israeli choreographer Zvi Gotheiner and dancing as a soloist in the corps de ballet with ZviDance, one of his earliest dance gigs was in the corps de ballet with the Metropolitan Opera. After he hung up his ballet shoes, he began devising choreography and directing for American opera companies. For San Diego Opera, Lang has served as assistant director for La bohème in 2015 and in that capacity worked on Nixon in China, Don Giovanni, Tosca, and Falstaff.

Explaining the relationship between choreography and opera direction, Lang’s formula is simple: “They are both about the movement of actors—the architecture of space.”