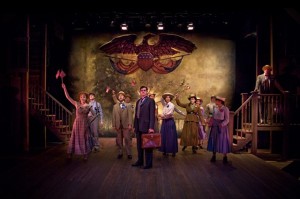 A total of 22 productions from nine theater companies were honored at the awards ceremony and reception, held Feb. 4 at the Museum of Contemporary Art, San Diego, in La Jolla. Leading the way was the La Jolla Playhouse/Berkeley Repertory Theatre production of “An Iliad,” with five awards.  Other multiple-award productions were Cygnet Theatre’s production of the musical, “Parade,” The Old Globe’s musical, “Allegiance,” and that company’s co-production, with the American Conservatory Theatre, of “The Scottsboro Boys” with three awards each; and two of Moxie Theatre’s productions – “A Raisin in the Sun” and “Hickorydickory” – and Ion Theatre’s “The Little Flower of East Orange” with two awards each.

“An Iliad” swept the three categories in which it was nominated: Outstanding Dramatic Production (an award also given to “A Raisin in the Sun”), Outstanding Lighting Design (Scott Zielinski), and Outstanding Sound Design (Mark Bennett, an award also presented to Shahrokh Yadegari’s design for “Blood and Gifts,” another La Jolla Playhouse production). Also, the two performers in “An Iliad,” Henry Woronicz and Brian Ellingsen, received special awards for Outstanding Solo Performance and Outstanding Featured Musical Performance in a Play, respectively.

Moxie Theatre was honored for outstanding work on three of its 2012 productions: “A Raisin in the Sun,” which received eight nominations for Craig Noel Awards and received awards for Outstanding Dramatic Production and for Outstanding Ensemble; “The Trestle at Pope Lick Creek;” and “Hickorydickory,” which received Craig Noel Awards for Samantha Ginn’s featured performance and Jennifer Brawn Gittings’ scenic design. The cash award honors the memory of longtime San Diego theatre critic, Don Braunagel.

“Parade” and “The Scottsboro Boys” both received the Outstanding Resident Musical honor, while “Allegiance” received the award for Outstanding New Musical.  “Parade” was also honored for Sandy Campbell’s outstanding lead performance; “Allegiance” received awards for Lynne Shankel’s outstanding orchestrations and for Michael K. Lee’s featured performance; and Susan Stroman, “The Scottsboro Boys” director and choreographer, received awards for her work in both categories.  Gaby Altar and Itmar Moses received the Outstanding New Score award for their musical, “Nobody Loves You,” which was produced by The Old Globe. 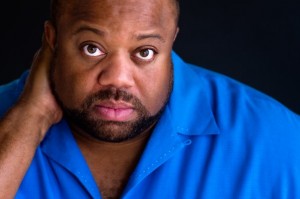 Mark Christopher Lawrence was named Actor of the Year for outstanding performances in two productions: Moxie Theatre’s “A Raisin in the Sun,” and Ion Theatre’s “Topdog/Underdog.” The La Jolla Playhouse’s site-specific production of Moving Arts’ “The Car Plays” was honored as the outstanding special event.  Dylan Hoffinger, 17, was named Outstanding Young Artist for a body of 2012 work that included roles in “Parade,” Diversionary Theatre’s musical, “Harmony, Kansas,” and the San Diego Repertory Theatre’s revival of “Zoot Suit.”  Hoffinger also received the Sandra Ellis-Troy scholarship to assist his further development as a theater artist.

In the dramatic acting categories, both of the lead performance awards, and one of the featured performance awards, went to ion theatre productions. The outstanding female leading performance in a play award was presented to Catalina Maynard for playing the title character in “Julia,” while the outstanding male leading performance in a play went to Jeffrey Jones for his portrayal of a recovering alcoholic struggling with family issues in “The Little Flower of East Orange.” In the featured acting category, Ion’s Executive Artistic Director, Claudio Raygoza, received the award for his portrayal of a hospital orderly in the same production, and Phil Johnson’s rendering of the title character in the Coronado Playhouse production of “The Man Who Came to Dinner” was also honored.

Moxie Theatre’s artistic director, Delicia Turner Sonnenberg, received a Craig Noel Award for her direction of “Topdog/Underdog,” at Ion Theatre. Jonathan Caren’s “The Recommendation,” which was produced by The Old Globe, received the award for Outstanding New Play. 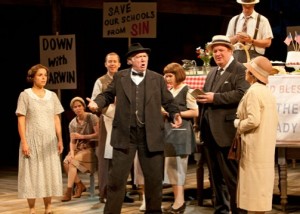 In the technical categories, Deidre Clancy and Shirley Pierson each received a costume design award.  Clancy was recognized for her designs for The Old Globe’s production of “Inherit the Wind,” while Pierson was recognized for “Parade.”

Elan McMahan was presented with the award for Outstanding Musical Direction for a body of 2012 work that included nominations for three productions: “Fiddler on the Roof” and “Sweeney Todd,” both for Moonlight Stage Productions, and “As You Like It” at The Old Globe.

Critics Circle President Pam Kragen commented that she was pleased that half of the nominated productions received at least one award.  “I was also pleased that Moxie, a company that honors and promotes work by women theater artists, was honored for its best year yet.”

The award ceremony was held at the Museum of Contemporary Art, San Diego, before an audience of nearly 500 people.

Recipients of the 2012 Craig Noel Awards:

Outstanding Direction of a Musical
Susan Stroman, “The Scottsboro Boys,” The Old Globe

Outstanding New Score
“Nobody Loves You,” music by Gaby Alter; lyrics by Itamar Moses and Gaby Alter, The Old Globe

Outstanding Ensemble
“A Raisin in the Sun,” Moxie Theatre

Actor of the Year
Mark Christopher Lawrence, for his outstanding performances in both “A Raisin in the Sun,” Moxie Theatre, and “Topdog/Underdog,” Ion Theatre

Don Braunagel Award for Outstanding Work by a Small Theater Company
Moxie Theatre for its 2012 productions of “A Raisin in the Sun,” “The Trestle at Pope Lick Creek,” and “Hickorydickory”