In the arena of the piano recital, the new recitalists keep getting younger, and the female pianists’ outfits appear skimpier. But the repertory these young wizards perform is pretty much the same old same old.

And this is why Wednesday’s (October 5) recital by UC San Diego’s Aleck Karis proved so bracing—not a whiff of “same old” anywhere. Yes, Karis opened with Claude Debussy, just not the usual bouquet of ingratiating Debussy Preludes, the pieces with the cute titles (“The Girl with the Flaxen Hair”) or the gauzy harmonies (“The Sunken Cathedral”). 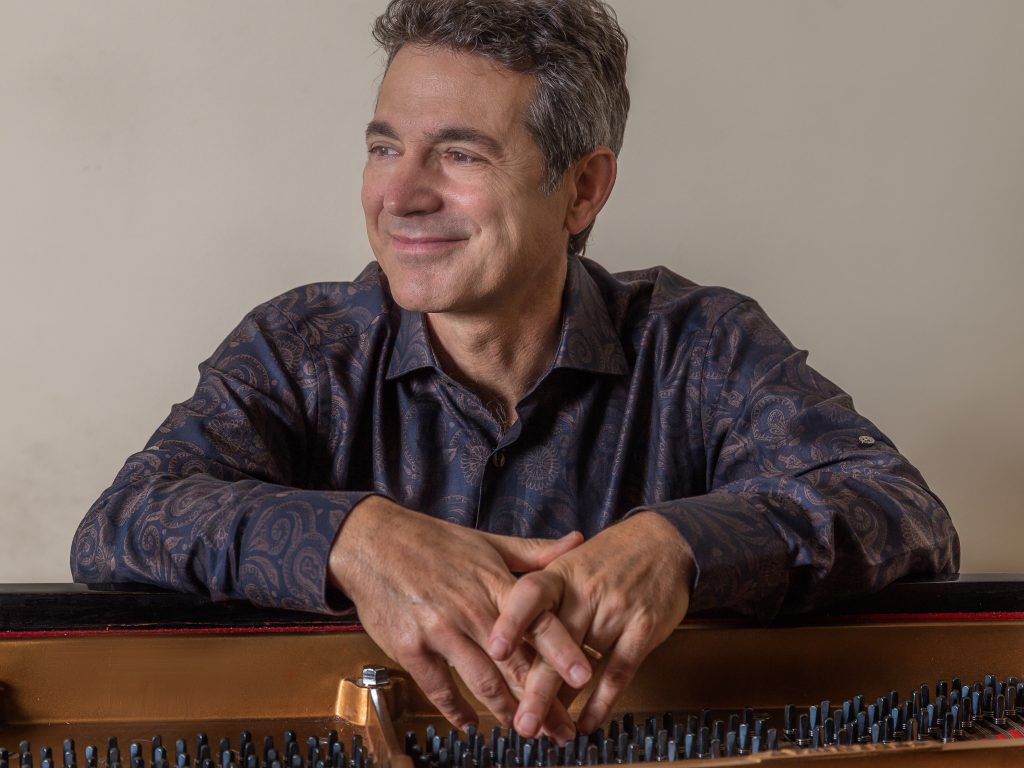 Karis offered six selections from Debussy’s first volume of Études (1915), sporting sexy titles such as “For the Five Fingers,” “For the Thirds,” and “For the Octaves.” After these scintillating, abstract studies, he moved on to brand new works, Mexican composer Victor Ibarra’s 2016 “Exégesis sobre La Galatea” and fellow UC San Diego faculty member Lei Liang’s “The moon is following us” from 2015. He concluded with Harrison Birtwistle’s knotty 30-minute tour de force “Harrison’s Clocks” from 1998.

For those who may not know Karis’s performing profile, the Debussy set established his catalogue of keyboard virtues: supple touch, clean, elegant linear delineation, insightful dynamic shading, and a judicious use of power. He allowed the composer’s whimsical deconstruction of Czerny (a staple of technical exercises known to all pianists) in “Pour les cinq doigts” to speak for itself without gilding the lily, but in “Pour les Quartes” he deftly opened up its mysterious insinuations. This was connoissuers’ Debussy, but there was nothing precious about his masterful approach.

Ibarra’s emotionally and sonically explosive 20-minute rhapsody on a poem by Cervantes pushed the boundaries of the genre. Karis drew much of the music from inside the piano rather than form the keyboard: bright, sweeping glissandos on the strings and suave manipulations of strings with one hand while the other struck the notes from the keyboard. The interior glissandos and other extended techniques were lightly amplified, and they brought to mind the old joke that defines a harp as a “Steinway in the nude.”

Although Karis jockeyed between playing at the keyboard and manipulating the piano’s interior, he nevertheless suavely shaped this unwieldy opus. With the exception of occasional opaque, gaudy clusters, Ibarra’s harmonic vocabulary did not far exceed that of Debussy’s, although his distorted motivic notions could not have been further from the French master’s lithe phrasing.

And I would have to hear “Exégesis sobre La Galatea” at least one or two more times to be able to connect its musical language to Cervantes’ love poetry, but then exegesis is in the mind of the beholder.

Based on a Chinese folk song Liang learned as a youth in his native China, the refined textures and precisely etched harmonies of “The moon is following us” brought to mind Debussy’s more picturesque piano preludes. Liang is not afraid to luxuriate in rapid iterations of high-pitched chords or billows of static chords in the piano’s mid-range, but he rarely engaged the instrument’s rich and dark bass possibilities.

I claim no knowledge of Liang’s Chinese folk song “Shangqu gaoshan wang pingchuan,” but I did detect shards of a stark pentatonic theme that peeked through the clouds surrounding Liang’s moon. Perhaps before the next time this piece is played, the composer can teach one of the music department’s accomplished voice majors this traditional tune in order to sing it before we hear the piano work played again.

Karis’s most daunting offering, Harrison Birtwistle’s thorny but meticulously constructed “Harrison’s Clocks,” completed his recital. Some 30 minutes of atonal program music—of sorts, “Harrison’s Clocks” alludes to the discovery of the first reliable navigational chronometer by the pioneering 18th century clockmaker John Harrison. Each of Birtwistle’s five movements presents a musical emblem of Harrison’s stages of discovery. That Karis so ably realized the composer’s complex formulas and turned them into a compelling sonic feast is a tribute both to his skill and his patience.