San Diego chamber music lovers could easily come up with a dozen reasons why they will miss Cho-Liang Lin when he leaves the La Jolla Music Society after 18 seasons as the SummerFest Music Director. Reason number one on my list, however, is Lin’s brilliant programming, that keen insight that assembled the complementary variety of styles and exhilarating caliber of music-making displayed on Tuesday’s (Aug. 14) SummerFest concert at UC San Diego’s Prebys Concert Hall.

Lin assembled an embarrassment of riches, each amazing piece raising the bar yet another notch, from the warmth and allure of Joaquin Turina’s Escena Andaluza that opened the concert, to Claude Debussy’s profound yet unsentimental Cello Sonata, to Lei Liang’s extravagantly exciting new commissioned piece “Vis-à-vis” for Pipa and Percussion, to Gustav Mahler’s transcendent Rückert-Lieder song cycle to Alberto Ginestera’s breathtaking String Quartet No. 1. 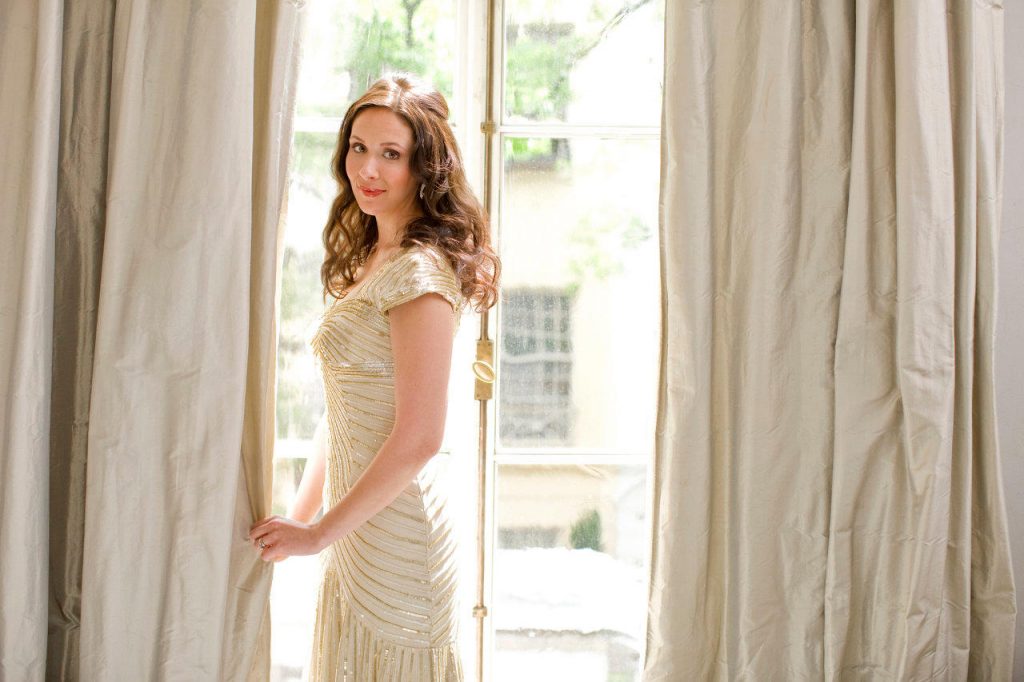 Tamara Mumford’s searing interpretation of the five Mahler songs, supported by Ken Noda’s equally probing revelation of the piano score, proved a breathtaking mini-recital within the already rich concert. Her dark, plush mezzo-soprano navigated Mahler’s long, delectably unpredictable lines majestically, yet it was her emotional depth, mirrored exquisitely by Noda’s elegant touch, that proved overpowering—especially in the dramatic song “Um Mitternacht” (“At Midnight”). At the close of the cycle, the audience demanded three curtain calls from this amazing duo, and they had clearly earned such adulation.

Some music historians complain that the Rückert-Lieder set is not a true song cycle because it lacks an obvious unifying theme like the blustery winter journey of Franz Schubert’s Winterreise. Mumford and Noda demonstrated that these five songs present a nonpareil psychological journey, a profound inner pilgrimage uncluttered by any incidental travelogue of snow, rustling brooks, birds, and the like. Much as I admire the compositions of Lei Liang, his trademark understatement makes the listener work overtime. His uproariously virtuoso new work, commissioned by the La Jolla Music Society for SummerFest—“Vis-à-vis” for Pipa and Percussion, atones for all of his previous understatement with a Lisztian explosion of technical and spiritual ebullience that leaves nothing to the imagination. And who could better exploit such a score—a fourteen-minute giant cadenza for two—than UC San Diego’s percussion guru Steven Schick and pipa virtuosa Wu Man, for whom Liang wrote the piece? Literally surrounded by his percussion battery of marimba, bass drum, suspended cymbals and more (the performer obscured the instruments placed behind him), Schick had a dynamic advantage over the bright but modest sized traditional pipa, a factor cleverly overcome by mixing these acoustic sounds electronically and projecting the result through the hall’s sophisticated sound system.

Equally matched were the opening flourishes in dialogue by malleted cymbals and pipa, and much of Liang’s structure depended on such antiphonal exploitation of his two sound sources. Although the pipa is capable of crafting delicate melodic phrases, for most of this piece Wu Man used a vibrant, rapid strumming—not unlike the flamenco guitarist’s rasgueado—to generate a mesmerizing haze of brilliant sound. With all of Schick’s instruments at hand (and foot—remember the bass drum!), his sonic techniques were more varied, although every possible adaptation of tremolando predominated. 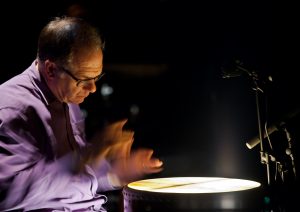 The composer came forward during the audience’s enthusiastic reception of the new work, showering his gratitude on the two performers who brought his new score to such an exciting realization.

In Ginastera’s tautly designed but spiritually unbridled 1948 String Quartet No. 1, the Rolston Quartet revealed its admirable combination of youthful zest and polished equilibrium. They played with a sense of abandon, yet every note fell into its shimmering place. Cellist Jonathan Lo boldly projected his plangent but tautly focused sonority, while violist Hezekiah Leung matched that rich color with an even more assertive approach. First violin Luri Lee, who offered a haunting arabesque in the calm third movement, led the ensemble confidently without compromising Rolston’s delicate sonic balance, and second violin Emily Kruspe added tonal luster to her role. I look forward to hearing more of this impressive young Canadian quartet.