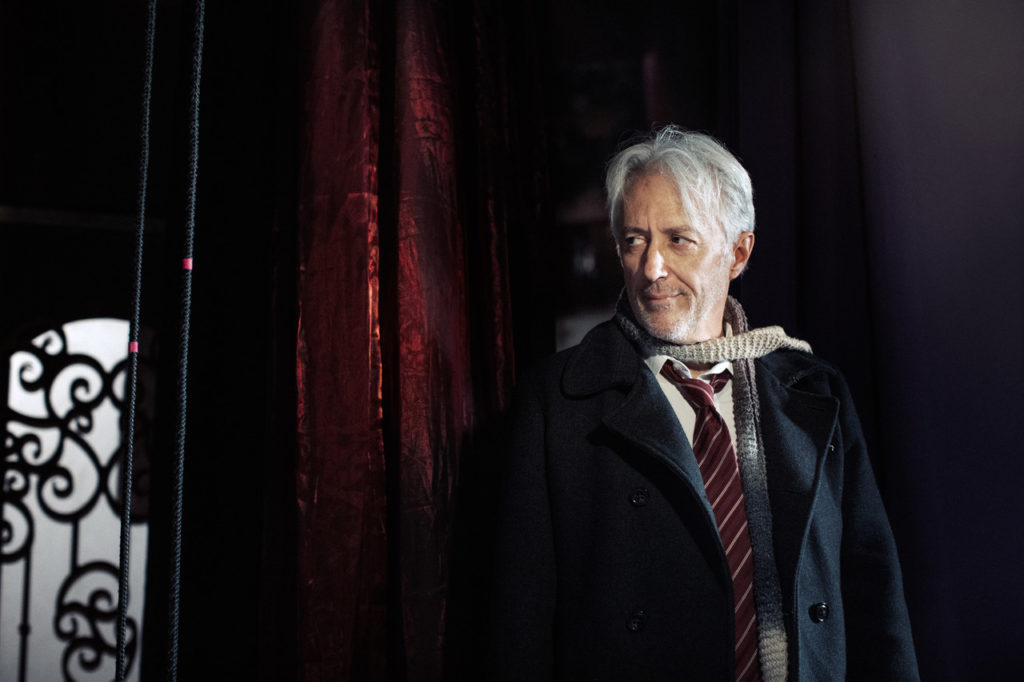 Cygnet Theatre is trying something a little different for the holidays this year. After several prior theatrical adaptations of “A Christmas Carol” focusing on ensemble casts, including a radio play version and a musical, the company is now presenting a solo video interpretation.

Starring Artistic Director, Sean Murray, and staying true to Charles Dickens’ original story, an 1800’s cranky and cynical miser living in London, Ebenezer Scrooge, is consumed by greed and his own self-absorption. After being visited by the ghost of his deceased business partner, Jacob Marley, he meets the ghosts of Christmas Past, Present and Yet to Come. All three spirits take Scrooge to different points in time, so Scrooge can understand the consequences of his selfish actions.

Murray adapts the events at a brisk pace, and by emphasizing the emotional moments, he turns the production into a strong one. As a director, Murray’s blocking creates an intimate experience. And by using a good amount of close ups, he gives audiences the illusion that they are following him on and around the stage.

Benefiting Murray’s direction is black and white filming from TwentyTenProductions (Phillip Elgie is director of photography and Conner Robbins is the camera operator and editor.). Murray stated that the look fits with the supernatural aspect of the novella, and it contributes to the period setting.

He generally plays the various characters with a grounded style of acting, even as the Ghosts of Christmas Past and Present. His scenes as Ebenezer and Bob Cratchit are often touching, especially in the final section. In addition, Murray serves as narrator, and his articulate and passionate voice is perfect for the storyteller.

The only character that might not work for everyone is the brief and essential role of Jacob, which is of no fault of the performer. Although some will enjoy Murray’s altered demonic voice from sound designer, Matt Lescault-Wood, others might find it gimmicky and distracting. Sound design is also used for Murray’s voices as the Ghosts of Christmas Past and Present, but Lescault-Wood’s audio is incorporated in a more subtle way.

In a big year for digital versions of Dickens’ classic tale, Murray’s rendition stands out, because of how he honors the author’s uplifting message. When Murray earnestly says “God bless us, every one!” it is hard not to be moved by the optimistic conclusion.

A Christmas Carol is available for viewing through December 27.