When orchestras go on tour, music directors eagerly feature the tone poems of Richard Strauss. These works are not only flashy and popular with audiences, but they also provide ample solo opportunities for nearly every section of the orchestra. Everyone gets a chance to show off!

Maestro Jahja Ling is not taking the San Diego Symphony out of the County—so far as we know—but he is nearing the end of his tenure as the Symphony’s Music Director. Friday’s (May 20) concert at the Jacobs Music Center was the penultimate concert of his penultimate year as Music Director, and he appeared eager to show how far he had brought this orchestra with Strauss’ tone poem “Don Quixote.” 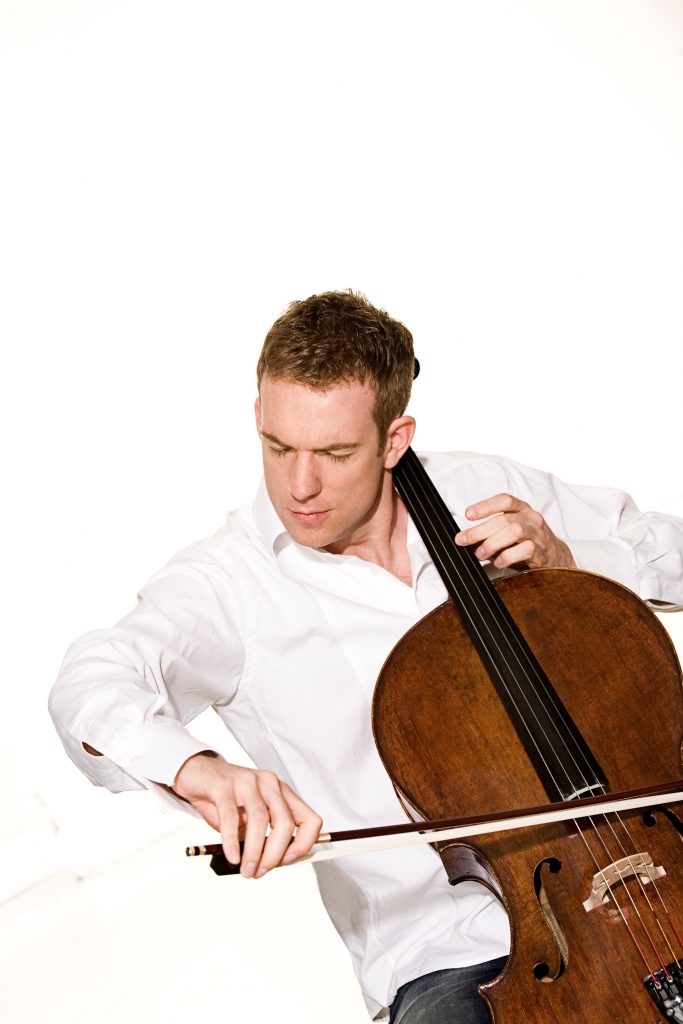 With guest cellist Johannes Moser and Principal Viola Chi-Yuan Chen as soloists, Ling and the orchestra gave an exciting, bravura account of Strauss’ clever depiction of Cervantes’ adventurous knight and his faithful squire, Sancho Panza. With his assertive attacks and alert phrasing, I thought Moser made an ideal Don Quixote, especially since his facial expressions tended to mirror the knight’s state (or plight) in each of the tone poem’s dozen or so movements. The sonority Moser drew from his instrument—firm, edgy and replete with bright overtones—proved ideal for portraying both bravado and pathos, those quintessential Don Quixote traits.

Chen’s rounder, richer timbre incarnated the genial Sancho Panza well, and Chen imbued his jovial, forgiving personality with effervescent elan. Ling maintained the dramatic thrust of the work with an unrelenting pace, although nothing ever seemed unduly rushed. From the orchestra he demanded cleanly defined textures even in moments of orchestral turbulence, such as Seventh Variation’s “The Ride through the Air,” complete with its whirring wind machine.

Among the soloists in the orchestra who made the work sparkle, Concertmaster Jeff Thayer tailored his timbre and phrasing to match or complement Moser’s, since they had numerous duos throughout the piece. Principal Clarinet Sheryl Renk and Principal Oboe Sarah Skuster—Strauss gave the dulcet Dulcinea theme to the oboe—as well as Principal Bassoon Valentin Martchev and Contrabassoon Leyla Zamora provided well-shaped, ardent solos.

At the other end of the sonic spectrum, Richard Wagner’s gentle “Siegfried Idyll” revealed how much Ling has refined the sound and focused the unity of the orchestra’s string sections. At the outset of Wagner’s tender poem, written as a surprise Christmas gift to his wife Cosima, the violins sweetly intoned the captivating main theme, which the lower strings quickly fleshed out in burnished hues. Ling built the “Idyll” patiently, a strategy that paid off handsomely when the brass finally came in to climax nobly the work’s steady expansion.

Ling followed the Wagner with Franz Schubert’s two orphaned symphonic movements that we now call his Eighth Symphony, giving it the title “Unfinished.” In terms of programming, I thought this was a weak choice: adding these two moderately paced, loosely structured movements to Wagner’s understated poem made the first half of the evening an overlong session of treading water.

Making the most of Schubert’s major/minor thematic alternations in the opening movement, the Allegro moderato, Ling crafted a thoughtful, satisfying account. But if there is a secret to compensate for the wandering disorder of the other movement, the Andante con moto, Ling did not discover it.

There is no evidence that Schubert saw these two movements as a symphony. In 1822 he sent them off to a distant colleague in thanks for a small favor and forgot about them. He never again worked to finish them into a complete symphony, and he never heard them performed. Some 40 years after Schubert’s death, an Austrian conductor unearthed the manuscript and began to perform it. It may be a minority opinion, but I think we do Schubert no favor calling these two movements a symphony—which they are not—and giving them canonical status.