Among the few pivotal works of chamber music from the first half of the last century, nothing touches Olivier Messiaen’s “Quartet for the End of Time” for its combination of radical technique and sumptuous beauty. Written under grim conditions—in 1941 the composer was a prisoner-of-war in a German stalag near Dresden—it is nevertheless an audacious spiritual testimony.

SummerFest Music Director Cho-Liang Lin chose this work as the centerpiece for Tuesday’s (August 16) concert, which he aptly titled “A Spiritual Journey,” working up to it with lesser works by Messiaen’s fellow countrymen Gabriel Fauré and Henri Dutilleux. An unprogrammed addition, the middle movement of the late American composer Steven Stucky’s Violin Sonata, expanded the spiritual scope of the evening.

Messiaen’s quartet is not scored for the usual string quartet, but rather for piano, violin, clarinet and 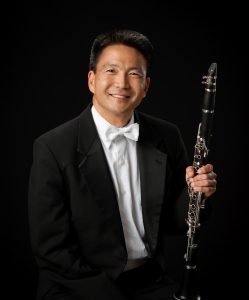 cello, the instrumentalists available to the comopser when he was incarcerated. Tuesday’s SummerFest performers gave Messiaen his due and then some, deftly balancing the contradiction of the work’s urgency and its sense of timelessness. None of the players, however, matched clarinetist Burt Hara’s striking concentration, immaculately controlled dynamic shading, and transcendent phrasing, from his chant-like invocation in the first movement, “Crystal Liturgy,” to his part in the ecstatic parallel octaves of “The Dance of Furor.”

Pianist John Novacek made his strongest impression creating the composer’s cloud-like apparitions of delicate repeated chords in the slow movements, and violinist Kristin Lee’s aetherial, breath-taking solo in the final movement, “Praise to the Immortality of Jesus,” suspended time. I found cellist John Sharp’s focus somewhat inconsistent, but when he was on, for instance in his heavenly incantation that opened the “Clusters of Rainbows,” his lines soared eloquently. Among the memorable ensemble sections, the clamorous beauty that came through the dense, rhythmically complex movement “The Angel Who Announces the End of Time” fearlessly evoked the apocalyptic vision of Messiaen’s title.

As a memorial to the American composer Steven Stucky, who died in February of this year, Cho-Liang Lin played the middle movement of Stucky’s Violin Sonata, accompanied by John Novacek. While Lin’s sublime performance of the gorgeous, rhapsodic violin part amplified the program’s “Spiritual Journey” theme, the selection of this Sonata had particular congruence. The La Jolla Music Society had commissioned Stucky’s Violin Sonata for the 2013 SummerFest, and Lin had premiered the work on the Sherwood Auditorium stage exactly three years ago to the day.

Although it is easy to see some similarities in compositional approach between Messiaen and slightly younger Henri Dutilleux, the latter carved out his more studied, condensed style under no one’s shadow. He produced only a few chamber works, and his 1976 String Quartet “Thus the Night” is arguably the best known. Dutilleux’s use of his night theme is moderately puzzling—he employs neither the scary effects of Béla Bartók’s “night music” movements nor the nostalgic sweetness of, say, a Chopin nocturne.

In the work’s 20-minute span, Dutilleux carves out seven distinct movements, with several short transitional bridges in addition. But each movement is devoted to a musical idea, e.g. the second movement is a study of pizzicato applied to different textures and at different tempos, rather than to some pictorial aspect of night. 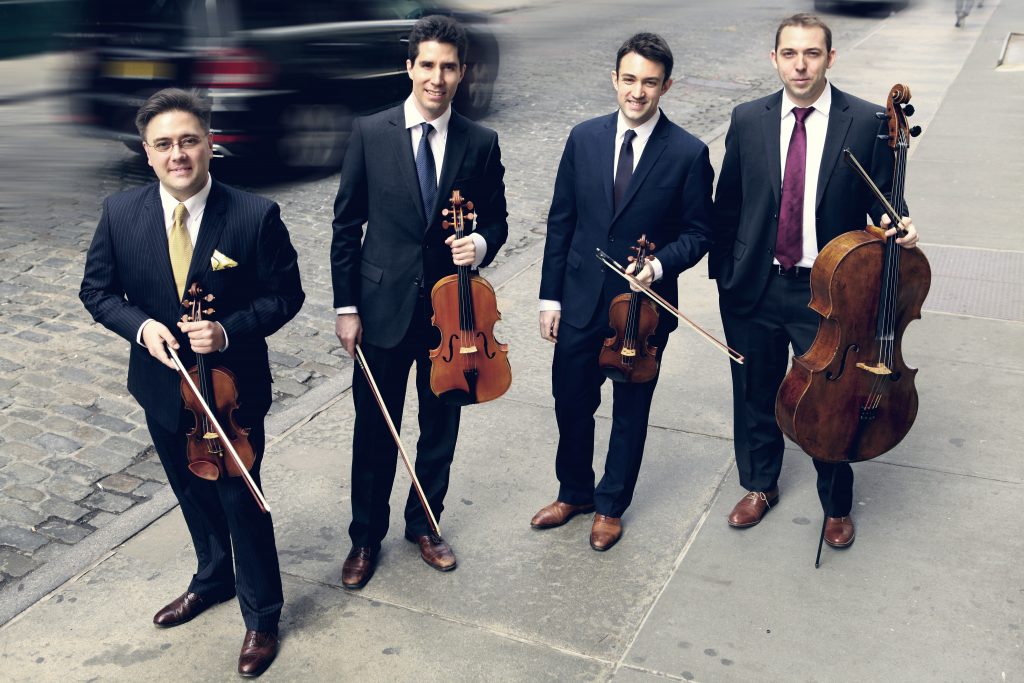 The Escher String Quartet returned to give a consummate, beautifully detailed account of “Thus the Night,” no doubt winning new friends for this lesser-known French master of the last century.

Fauré completed his Piano Trio in D Minor, Op. 120, in 1923, but its harmonies, shapely themes, and neatly balanced textures belong to the late 19th century. The Beacon Street Trio—violinist Luke Hsu, cellist Rainer Crosett, and pianist Sophie Scolnik-Brower—a young ensemble of New England musicians, made a reasonable case for this piano trio, although it is not one of Fauré’s more engaging works.

The composer went through the motions he had acquired at an early age, but at age 77 ill health and isolation had dampened the optimism so characteristic of the music he wrote in his prime.

This concert was presented by the La Jolla Music Society on August 16, 2016, in the San Diego Museum of Contemporary Art’s Sherwood Auditorium. The organization’s SummerFest continues through Friday, August 26, 2016, in the same venue.