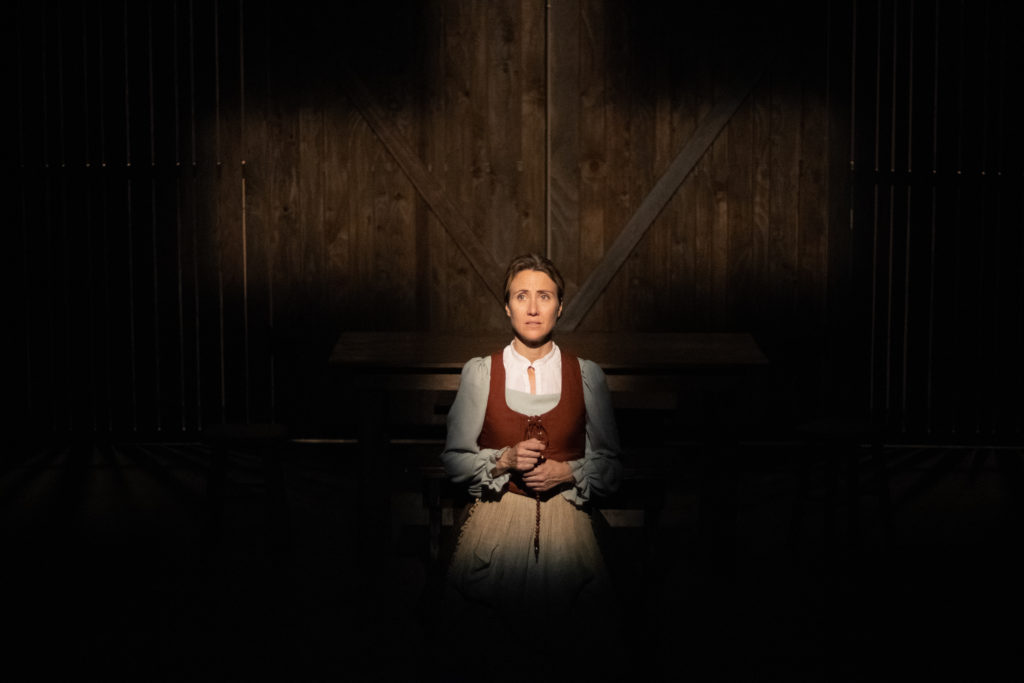 Set in the 15th century and opening in the Arcs’ residence in France, Isabelle lives a normal peasant life with her daughter, husband, Jacques (Dave Rivas) and son, Pierre (Zack King). Conflicts between Joan and her family start to form when she reveals to Isabelle that she has visions of St. Catherine telling her to lead soldiers against the English army.

When Isabelle and Jacques talk to Father Gilbert (Mark C. Petrich), the priest convinces Isabelle that Joan’s words should be taken seriously, which allows the mother and her child to form a closer bond.

The script by playwright, Jane Anderson, takes a beautifully down to earth approach to the material. She knows when to focus on big historical events, but also makes plenty of time for casual and funny conversations among the Arcs that many audience members will find relatable. Featuring these types of interactions increases the impact of the play.

Director, Desireé Clarke, has created an intimate tone on Yi-Chien Lee’s memorably rustic set, particularly when Isabelle and Joan are onstage together.

Sound designer Rachel MacDougall Le Vine (her audio features instrumental versions of modern songs, such as Destiny Child’s “Survivor” and System of a Down’s “Aerials”), and lighting designer, Annelise Raquel Salazar, contribute to haunting moments, particularly during the poignant conclusion to Act One.

Everyone is perfectly cast, with Thorn and Macias both giving emotionally rich performances.

Thorn brings strength to a tough matriarch who perseveres over unspeakable hardship, and Macias showcases the personality of Isabelle’s equally determined offspring. 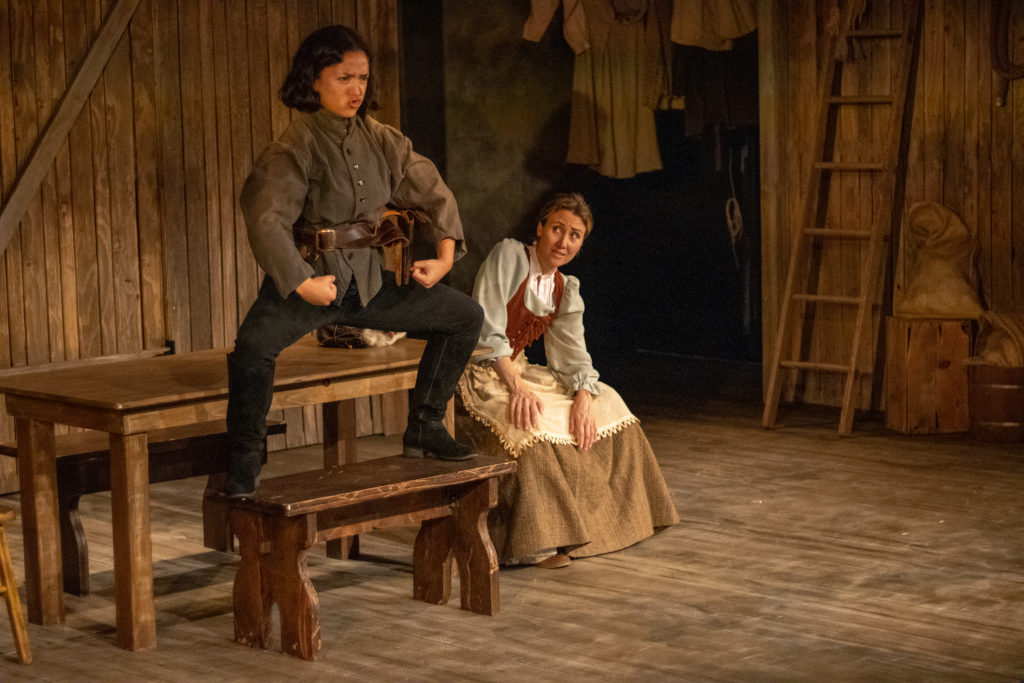 I would understand if audience members become convinced that the two of them really are mother and daughter, because of the authentic acting from the performers.

Rivas, King, Petrich, Sarah Alida LeClair and Sergio Diaz-Delgado all contribute to the narrative, and the ensemble members hold their own opposite Thorn.

Since the plot is told so well through Isabelle’s eyes, the tale always feels unique and never veers into a dry or predictable period piece. Instead, the sequences are often touching, because of the loving familial connection that exists between Isabelle and Joan.

Clarke, the cast and the crew are wonderfully in sync, throughout the entire runtime of Mother of the Maid. I was frequently moved by this tribute to an extraordinary person, and her devoted parent.

Posted in THEATRE REVIEWS and tagged Glenn Close, How to Make an American Quilt, It Could Happen to You, Ohio, The Prizewinner of Defiance, The Public Theater, The Wife