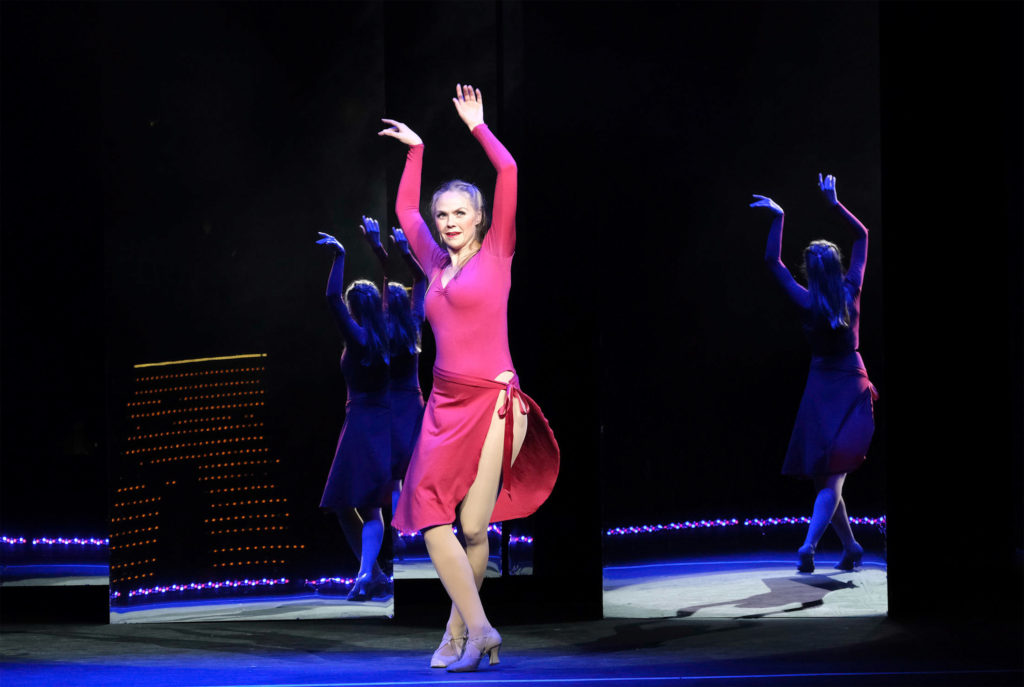 More than 45 years after opening, A Chorus Line is still an influential concept musical with famous songs, choreography and a sense of realism that appeals to audience members.

Moonlight Stage Productions excellent presentation of the show features all the elements that made the story work decades ago.

Set in 1975 at a Broadway theatre, a group of performers are auditioning to be the chorus of a big show. After several of the artists get cut from the audition process, the remaining dancers are asked by the director, Zach (Tyler Matthew Burk) to share personal information about their lives.

James Kirkwood and Nicholas Dante’s book adapts real life interviews that largely were between the original co-choreographer and director, Michael Bennett (conceived by Bennett as well), and Broadway dancers. Monologues taken from the discussions range from hilariously overdetailed to touchingly personal.

Throughout long stretches of the runtime, scenes move back and forth between speeches and musical numbers written by composer, Marvin Hamlisch, and lyricist, Edward Kleban.

Songs, such as “I Hope I Get It” and “Hello Twelve, Hello Thirteen, Hello Love” beautifully accompany the frequent dancing, and the numbers create empathy for the hopeful members of the main group.

Led by conductor, Dr. Randi Rudolph, the orchestra, plays each song with a high energy that matches the ensemble onstage. Their collaboration, particularly during “The Music and the Mirror” and “Bows” create a grand sound (audio by Jim Zadai) that contributes to the powerful impact of various sequences. 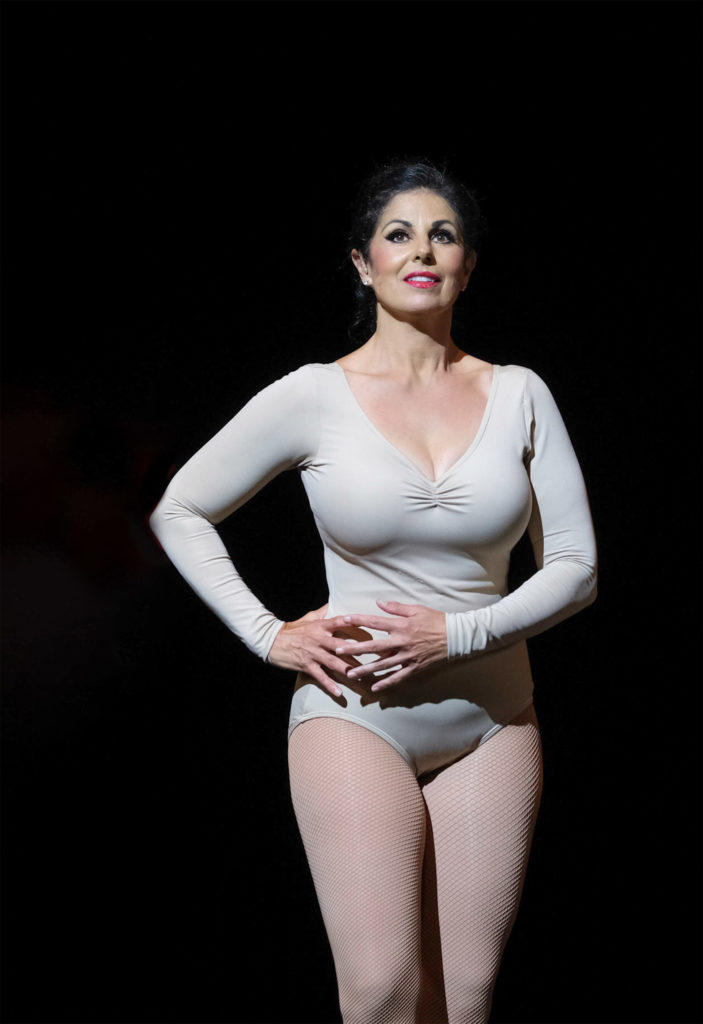 Many of the company are triple threat performers, and Burk, Jennifer Knox, Steven Ruvalcaba, Jeffrey Scott Parsons, Milan Magana, Natalie Nucci and Holly Echsner are just a few from the cast who shine. Director/choreographer, Hector Guerrero, makes sure that all of the co-stars leave a lasting impression.

Guerrero’s direction is focused on the dancers, while the costumes provided by JMW Costume Designs, and scenery by Gateway Set Rentals add to the naturalistic elements, and Jennifer Edwards’ lighting reflects the inner thoughts of various characters.

He re-creates the classic choreography of Bennett and Bob Avian, with movements that stun throughout the evening.

Whether you know every number inside and out, or are experiencing the hit for the first time, Guerrero’s interpretation at the Moonlight Amphitheatre in Vista, is a memorable tribute to the lives of Broadway dancers. I am predicting that Bennett’s Tony Award and Pulitzer Prize winning A Chorus Line will continue to resonate for years to come.

Posted in THEATRE REVIEWS and tagged At the Ballet, Every Little Step, Joseph Papp, One, The Public Theater, The Sting