While sophisticated musical prowess marked Ars Lyrica Houston’s Friday concert in La Jolla, the ensemble’s exuberant—even playful—approach to performance clearly sets them apart from the typical earnest early music stereotype. No doubt their choice of repertory, primarily Baroque secular music from Spain and the New World, had something to do with their animated good humor. 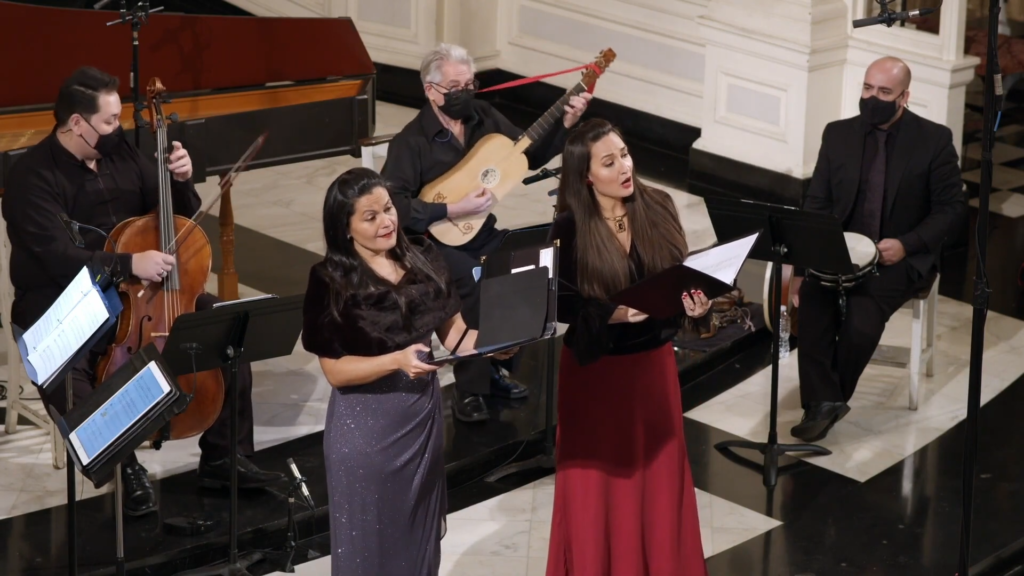 Mixing the raucous festivities of the town square with the Catholic Church’s holy days and rituals, these villancicos and jácaras—traditional songs sung in Spanish vernacular—commingle the secular and sacred with undeniable charm. In the Peruvian composer Juan de Araujo’s jácara “Ay andar a tocar,” for example, the villagers are admonished to grab their tambourines and “dance themselves silly” to ring in the Christmas season. Guatemalan composer Manuel José Quiroz begins his song “Jesús, Jesús” with words of pious praise, but the song concludes with the conclusion to “live the good life and joyfully dance the chaconne!”

The strengths of Soprano Camille Ortiz and mezzo-soprano Cecilia Duarte, Ars Lyrica’s two vocalists, proved most complementary as they revealed the musical and dramatic depth of this music. Ortiz’s gleaming upper register triumphed over the dull acoustics of St. James -the-Sea Episcopal Church, and the opulence of Duarte’s mezzo-soprano adroitly warmed the room on a chilly January night.