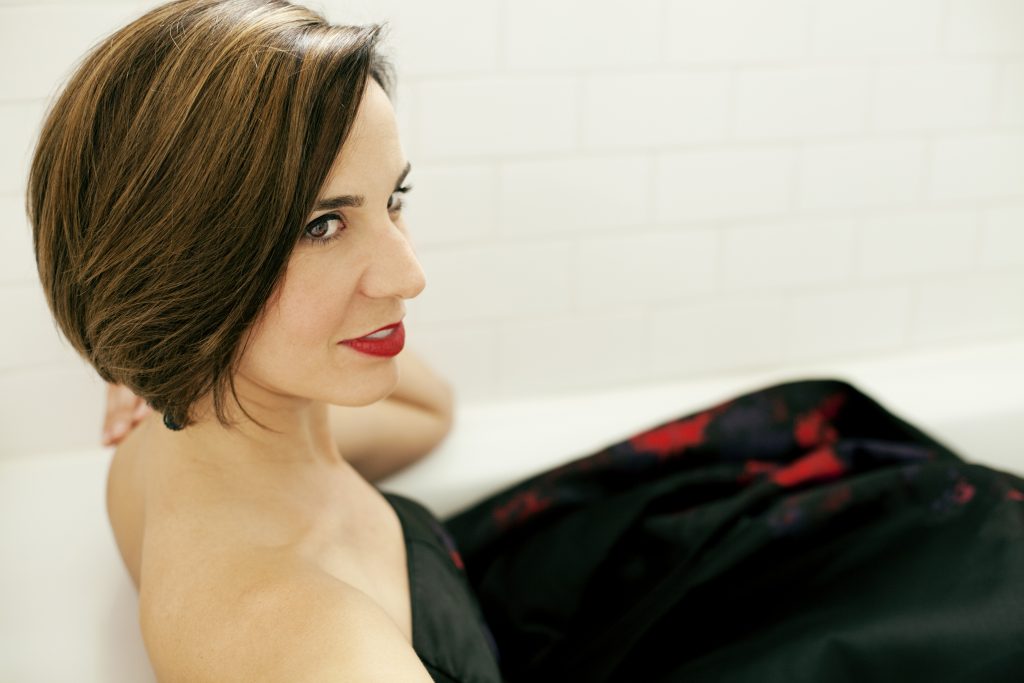 The Symphony’s final movement, based on the composer’s vivid setting of selected verses from the Book of Lammentations in the Hebrew Bible for mezzo-soprano, gives the work its name, inasmuch as a now discredited tradition once ascribed the authorship of Lammentations to the prophet Jeremiah. Mezzo-soprano Kelley O’Connor’s dramatic, emotionally telling traversal of this searing lament—prompted by the early Axis victories in World War II—matched the ominous orchestral foreground. Listening to O’Connor’s powerful if slightly covered voice in Copley Symphony Hall made me wish I had heard the great Jennie Tourel sing this symphony in its first performance in 1944 with the Pittsburgh Symphony.

In the middle movement, a slightly jazzy scherzo that offers a parade of cleverly orchestrated fugatos, we hear the composer’s popular and classical inclinations engaged in sophisticated dialogue. Among many evanescent but suavely executed solos throughout the work, Guest Principal Flute Diana Morgan offered particularly lustrous solo incantations in the outer movements.

With last week’s performance of Bernstein’s “Serenade,” in truth his Violin Concerto, and this week’s “Jeremiah” Symphony, the San Diego Symphony has rightly shone a spotlight on two of the composer’s great and sadly neglected works. For instance, the Symphony’s program book states that the orchestra had never played the “Jeremiah” Symphony before this month. I hope American orchestras will learn from the various Bernstein centennial celebrations that these two works and his “Kaddish” Symphony deserve to be played as regularly as any works of the standard repertory.

German pianist Martin Helmchen brought his fiery approach to Beethoven’s beloved “Emperor” Concerto. Displaying virtuoso technique to burn, Helmchen tore through Beethoven’s cascading runs and rococo elaborations with abandon. His confident prowess was nothing less than breathtaking, and I admired his rhythmic security at his remarkable tempos, usually slightly faster that those Ling had set out. His loudest playing, however, lost his refinement, revealing a hard edge that I found less than pleasant. I kept thinking of Jeremy Denk’s uplifting performance of this Piano Concerto with the San Diego Symphony in January, 2016, and how the beauty of his touch suffused the entire concerto. I left the concert unsatisfied, although the sizable Copley Symphony Hall audience lavished their rousing approval on Helmchen.

On Saturday, Helmchen’s encore was Robert Schumann’s “Bird as Prophet” from his Waldszenen, Op. 82.

One of maestro Ling’s finest accomplishments in his tenure with the orchestra was refining and unifying the sonority of the string sections. In Samuel Barber’s familiar “Adagio for Strings,” the orchestra amply demonstrated this laudable trait with a plush tonal palette and phrasing they tempered and shaped to Ling’s every request. As is his wont with slow tempos, he paced Barber’s work most deliberately and effectively, even if he was recasting the work as “Largo for Strings.”

This concert by the San Diego Symphony was presented at the Jacobs Music Center’s Copley Symphony Hall in downtown San Diego May 11-13, 2018. The May 12 concert was attended for this review.