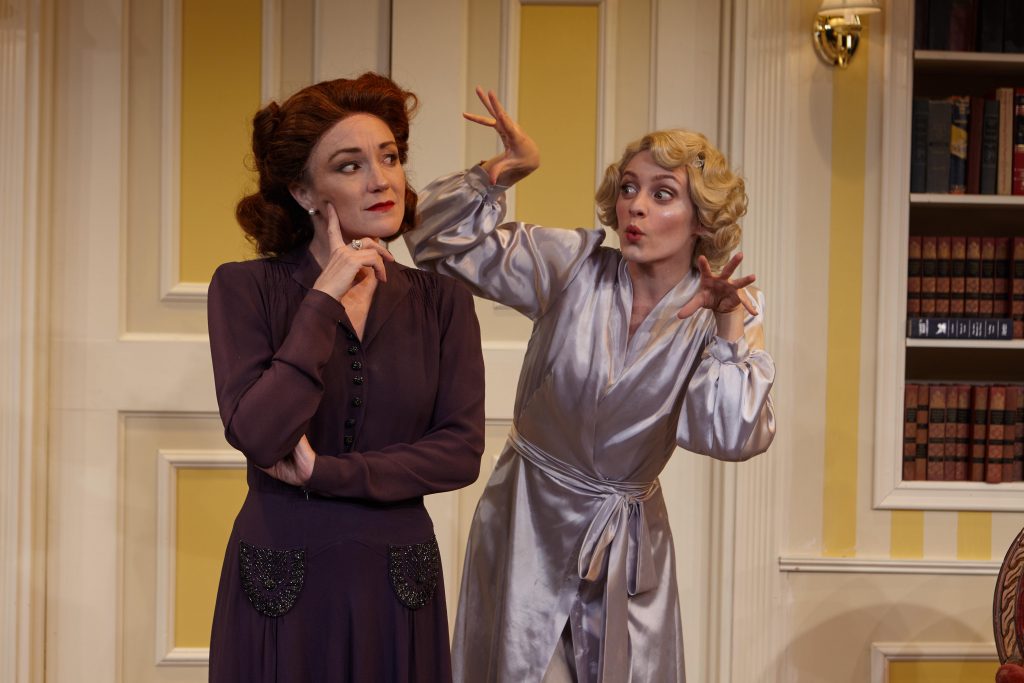 Watching North Coast Repertory Theatre’s production of the French farce, Now You See It (originally entitled Le Systeme Ribadier) is like watching the early stages of a rising magician. The magic trick might have a little too much setup, but there is delight in seeing the execution of the illusion.