Most regal was Silas Riener, his hair tied in a bun and silky blue shirt swirling. He balanced on one foot with the other flexed and outstretched as if crossing a river and… 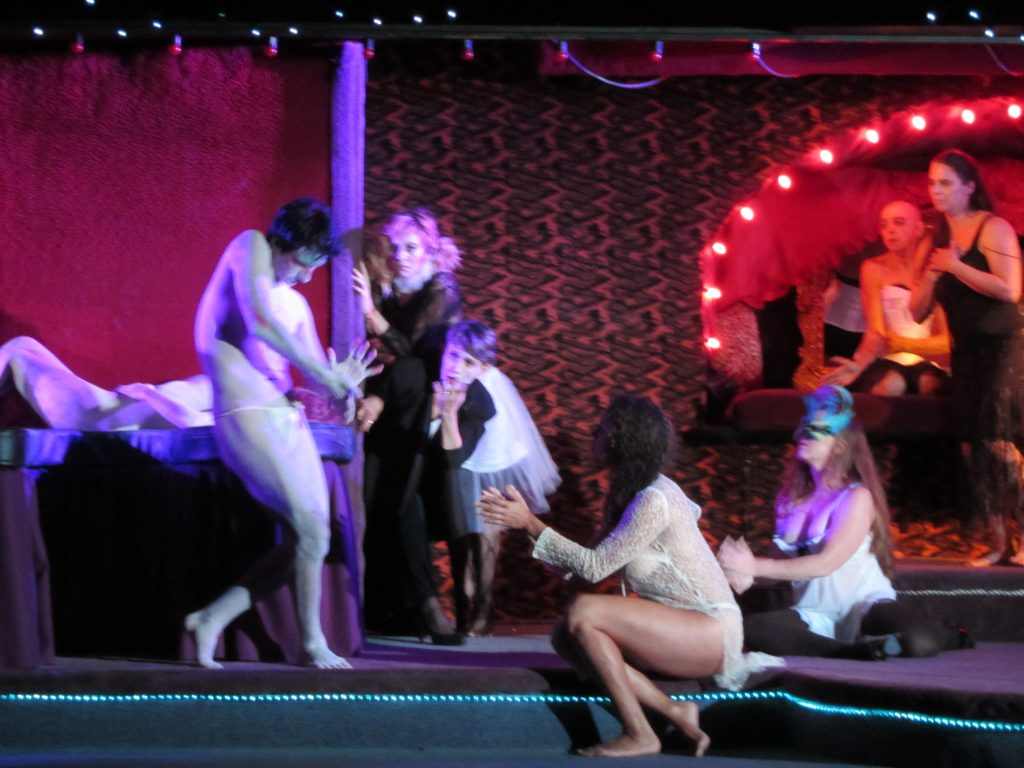 I am not a big fan of burlesque and rarely enjoy butoh – so many sad characters and powdered angst.  But Kata Pierce’s press release caught my attention:  Golden Corpse Butoh Ensemble presents “La Femme Tragique: The Story of Memorie” at Les Girls Theater. Les Girls is an all-nude strip club off Rosecrans. It’s hard…