When she looks back at growing up in her large, noisy, Cuban-American family in Miami, soprano Elaine Alvarez realizes that it was inadvertently grooming her for a career in opera. 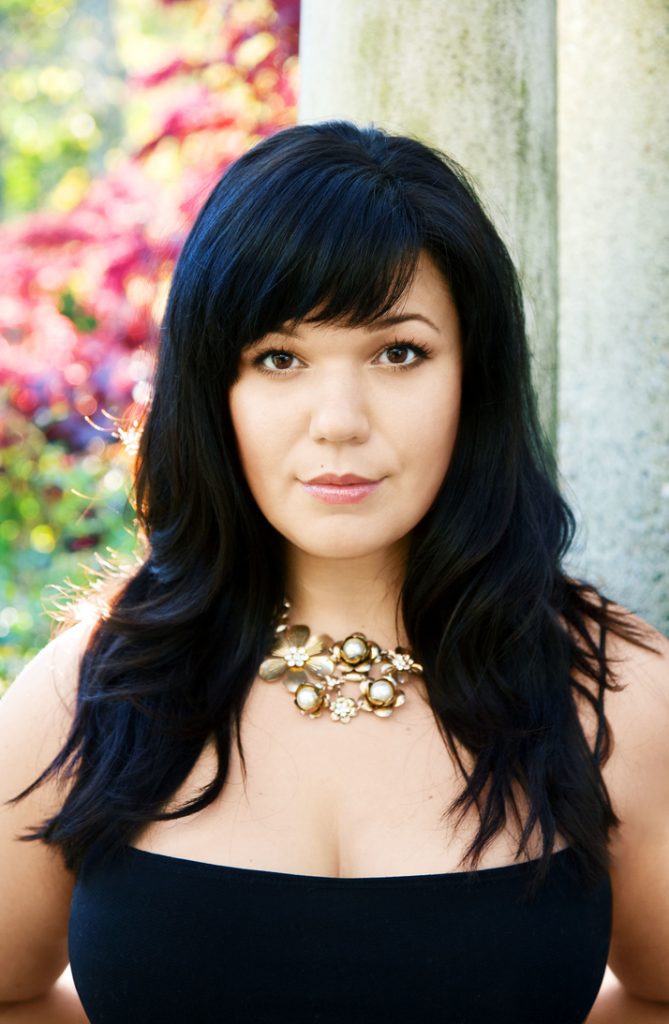 “There was always a horde of people at our house—cousins, aunts and uncles in addition to my own family. I was surrounded by the vibrancy and the noise of their music, as well as their constant talk—everybody’s problems were out in the open.

“I think this is why I find myself most fully realized on the stage,” she affirmed.

Alvarez finds herself in San Diego preparing to perform the title role in San Diego Opera’s production of Daniel Catán’s opera Florencia en el Amazonas, which opens Saturday, March 17, at Civic Theatre. Although Florencia will be a new role for Alvarez, she is no newcomer to the music of Daniel Catán. In 2013 for New York’s Gotham Opera she sang the title role of Rappacini’s Daughter, Catán’s second opera and the opera that established the Mexican composer in the United States.

“That was an exciting summer,” she explained. “The opera Rappacini’s Daughter takes place in a large, magical garden, so we first staged the production in the Brooklyn Botanical Garden. Then we took the production to Los Angeles, where we staged it at the Greystone Mansion, in its formal English gardens.”

In 1994, San Diego Opera played a pivotal role in Catán’s career, presenting the first staged production of Rappacini’s Daughter in the United States. In an interview with then General Director Ian Campbell at the time of that production, I recall his explaining with some amusement that Catán’s opera score had been “slipped anonymously under his door at the opera office.” Although Catán had no reputation outside of Mexico, Campbell took the gamble and produced the unknown opera by an equally unknown composer at Civic Theater on the opera’s regular season.

The success of San Diego Opera’s production—even the Los Angeles Times’ curmudgeonly music critic Martin Bernheimer wrote in his review “Catán speaks a sophisticated musical language with elegance”—prompted three American companies, Houston Grand Opera, Los Angeles Opera, and Seattle Opera, to co-commission Catán’s next opera, Florencia en el Amazonas, written in the magical realism style of  the Colombian novelist Gabriel García Márquez, with a libretto in Spanish by Marcela Fuentes-Berain, one of the novelist’s pupils. The opera premiered in Houston in 1996, was staged in Los Angeles the following season, and has proved a popular contemporary opera to produce in both Europe and North America.

“Catán wanted Florencia to be filled with references to Latin America and to convey the sounds and rhythms of Latin America,” said Alvarez, contrasting this opera to Rappacini’s Daughter, which takes place in Italy. She noted how approachable his musical style strikes the ear, “His sound world has a cinematic quality, and his melodies are easy to hold onto without in any way imitating other composers.” 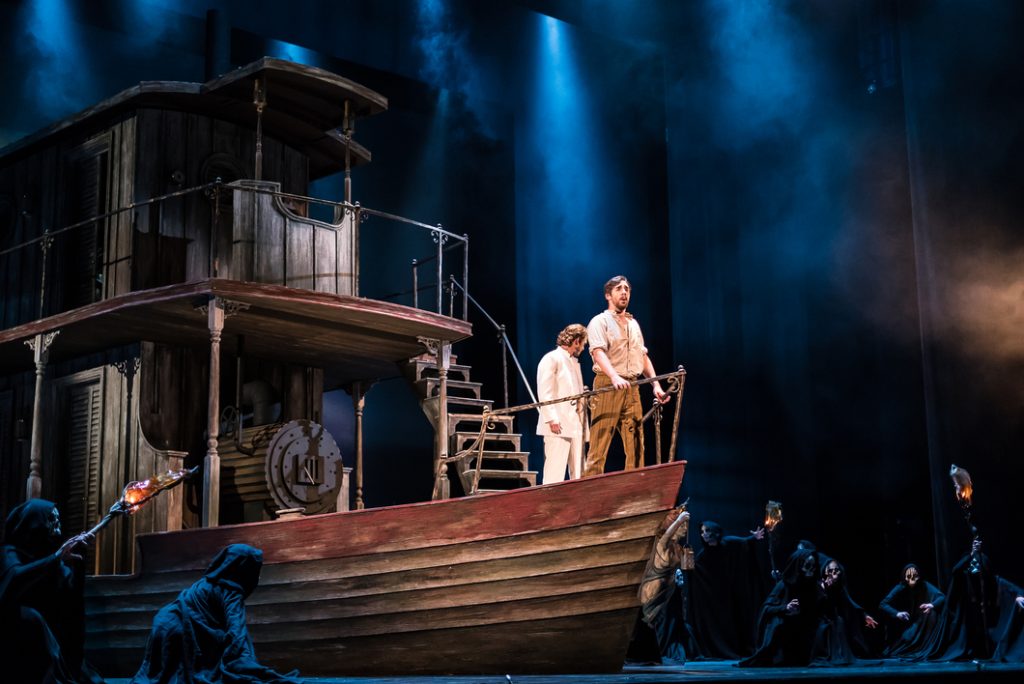 The story of Florencia en el Amazonas revolves around a fictional famous opera singer who decides to return via riverboat to her home in Manaus, a large, remote city in Brazil’s Amazonian jungle, in search of a mysterious former lover.

“Because Florencia is a singer, of course, it is easy to relate to her,” Alvarez smiled. But Florencia’s trip on the riverboat up the Amazon to Manaus is not what stirs this soprano. “The root of her character is honesty. Her journey is really an interior one, shedding all the stuff others have imposed on her. Her journey is to go back to who she is, and her end is not the opera house in Manaus but a kind of transformation.”

For those who have not seen the opera, Alvarez did not want to spoil the surprise of Florencia’s final scene, although given Garcia Marquez’s magical realism, Florencia’s metamorphosis there will not seem implausible. “All culture involves a journey, the attempt to finish the work inside the cocoon.”

San Diego Opera will stage four performances of Florencia en el Amazonas, sung in Spanish with English supertitles, at San Diego Civic Theatre: March 17, 20, 23 & 25 (a matinee). Soprano Elaine Alvarez will be joined by soprano Maria Fernanda Castillo as Rosalba, a journalist who is traveling on the riverboat to Manaus; tenor Daniel Montenegro as the riverboat captain’s nephew Arcadio and Rosalba’s love interest, and baritone Luis Alejandro Orozco as Riolobo, the boat’s mate and the opera story’s narrator. Singers mezzo-soprano Adriana Zabala, baritone Levi Hernandez, and bass Hector Vásquez complete the cast. Joseph Mechavich, who has led the orchestra for performances of Jake Heggie’s Moby-Dick, John Adams’ Nixon in China, and Heggie’s Great Scott, returns to the San Diego  podium. Stage director and choreographer Candice Evans will remount her staging of this opera, which she originally created at Indiana University.