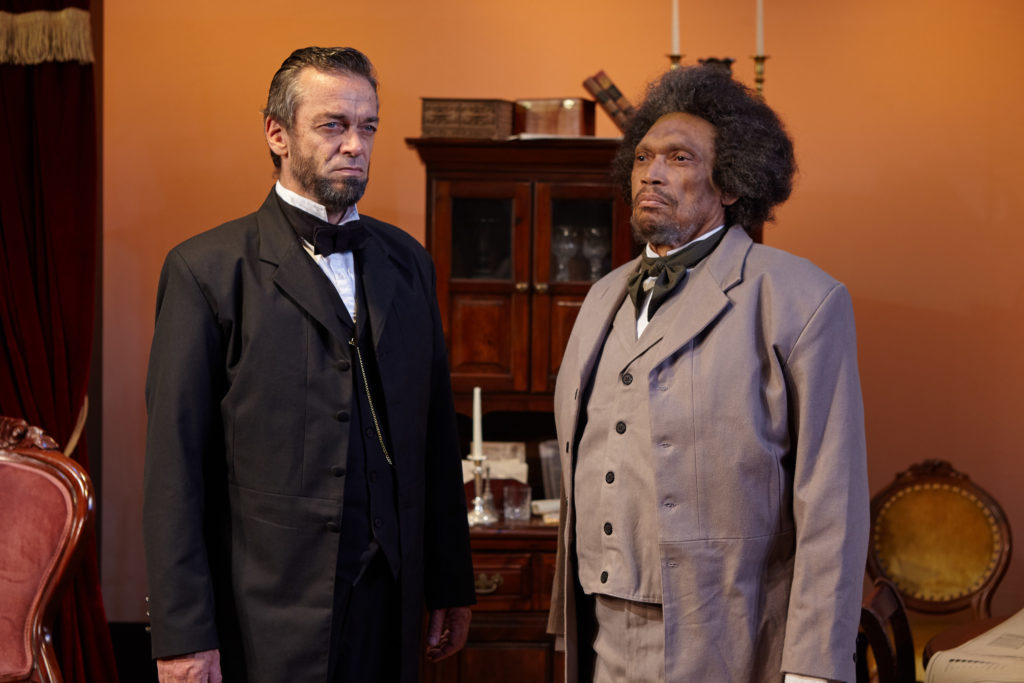 North Coast Repertory Theatre’s video production of Necessary Sacrifices (the start of the company’s 39th season) strongly honors both men, without either one overshadowing the other.

In August, 1864, Douglass (Hawthorne James) makes a surprise appearance to Lincoln’s (Ray Chambers) office to discuss ways to give Black Americans the same freedom as white citizens. Throughout two extended conversations, Douglass and Lincoln take part in heated debates and find moments to bond as well.

Richard Hellesen’s script is full of intelligent dialogue, with eloquent writing for Douglass and Lincoln. His prose showcases the professional and personal lives of the duo, which humanizes the leaders.

Originally presented in 2012 at Ford’s Theatre, Hellesen’s writing draws parallels from the past to race relations today, without resorting to heavy-handed contemporary references. With the growth of the Black Lives Matter movement, and disturbing bigotry still happening today, North Coast Rep’s version will hit close to home for many theatregoers.

Except for “on the nose” foreshadowing to Lincoln’s assassination, including Hellesen’s choice to use outdoor gunshots in the beginning of the second major discussion, his writing feels truthful and grounded. Director, Peter Ellenstein, captivatingly stages the playwright’s dramatization of real events.

Directed at the Solana Beach venue with no audience members in sight, Ellenstein needs the presentation to connect with viewers at home. Outside of a few lines that were somewhat inaudible, Ellenstein is up to the task, and the results are compelling. A major reason is because of how in sync Ellenstein is with the creative team and cast.

Events look like a 19th century photo come to life, due to Marty Burnett’s set for Lincoln’s office, Elisa Benzoni’s costumes and Peter Herman’s hair and wig design. The set looks like a lived in environment, and Benzoni and Herman’s work allow the stars to uncannily embody Douglass and Lincoln. 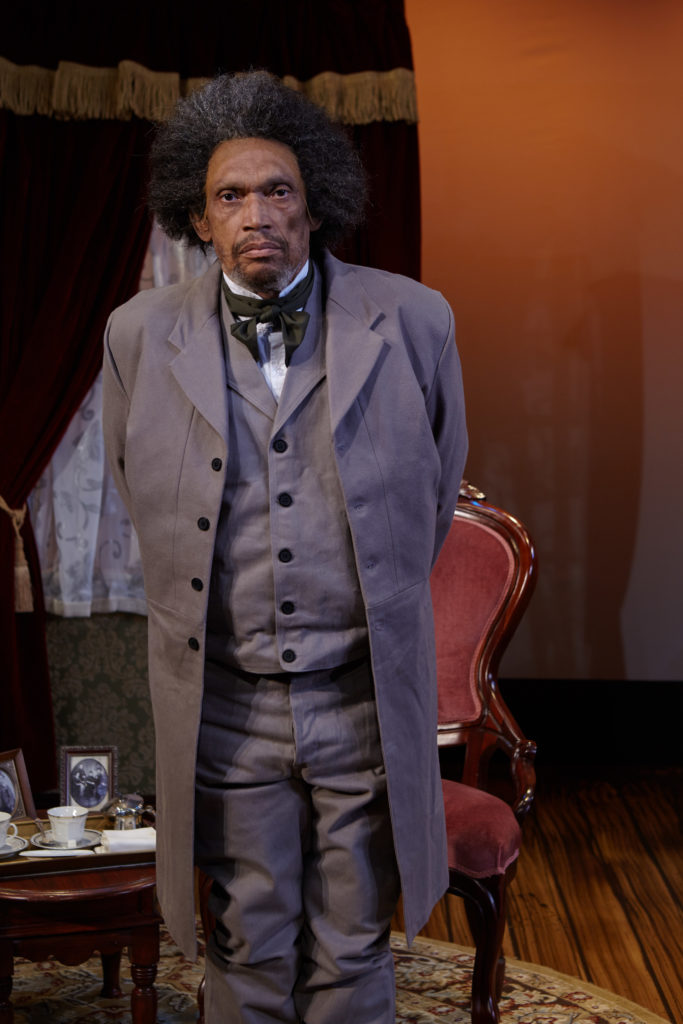 Despite a few moments where the actors seemed to be adjusting to a few lines of dialogue, James and Chambers are equally well cast. James beautifully captures Douglass’ impassioned attitude, and the zeal expressed from the performer is contagious. Similar to how James is able to pay tribute to Douglass, Chambers depiction of Lincoln shows him to be a flawed, witty, respectful and dignified man.

Most of the stage time is comprised of James and Chambers conversing with one another, and leading to a deepening relationship.

Aaron Rumley should also be noted for his visual contributions, including crisp cinematography and editing, particularly the use of archived photographs during monologues from Douglass.

Anchored by James and Chambers’ riveting performances, Ellenstein’s interpretation emphasizes the importance of social change and the hope for equality, whether it be in 1864 of 2020.

Necessary Sacrifices is available for viewing through October 11.