A significant advantage of conductor Edo de Waart’s frequent guest appearances with the San Diego Symphony—in addition to his prowess on the podium—is the array of new music he brings to Copley Symphony Hall. Last week he opened with Michael Ippolito’s 2012 engaging “Nocturne,” and Friday, October 12, he offered Mason Bates’ 2014 “Garages of the Valley.” 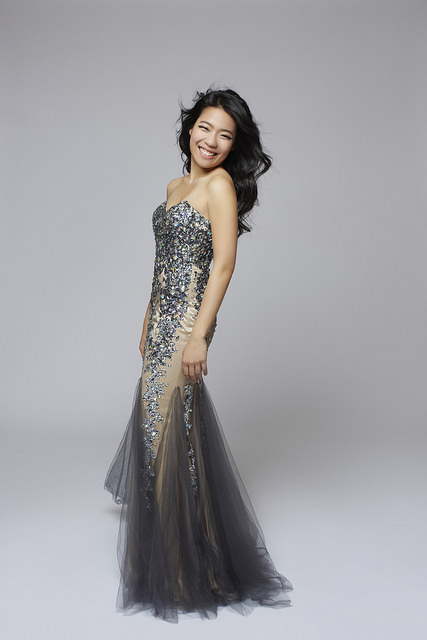 Unlike the short, bland baubles of new music favored by former Music Director Jahja Ling, de Waart’s choices have proven substantial and challenging, although not in the sense of difficult to take in, but the kind of challenge that takes the willing listener on a worthy journey. In his program note, Bates suggests that his “Garages of the Valley” is a salute to the many inventive high-tech start-ups launched in dark garages of the San Francisco Bay Area’s fabled Silicon Valley.

Rest assured, however that Bates’ 17-minute orchestral etude is no programmatic travelogue down the Moldau. Yes, it opens with succession of short, discrete whirring motifs that go nowhere—we suppose they represent the “false starts” and dead-end experiments to which Bates alludes in this notes. But after this prelude, Bates takes the orchestra through a gentle progression of abstract moods and contrasting textures that culminate in a dance-like celebration of roiling strings and crisp ostinatos in the winds.

His closing section brought to mind John Adams’ short, brassy, “Short Ride in a Fast Machine,” but not in a derivative sense. Rather, each composer demonstrates in his own way the possibility of creating a driving movement that is essentially tonal without relying on tonality’s clinching chordal progressions.

Joyce Yang also made a welcome return to the Copley stage. After her brilliant account last weekend of Edvard Grieg’s Piano Concerto in A Minor, I wondered if she would top that concerto performance in Serge Rachmaninoff’s “Rhapsody on a Theme of Paganini.” Foolish me!

Every virtue she displayed in the Grieg expanded in the Rachmaninoff. Her fleet yet forceful exuberant flourishes and dazzling octaves revealed all the brilliance the composer expected without that clangorous edge some virtuosos unleash from the orchestra’s Steinway. And I would not trade her sumptuous lyrical excursions for anyone’s. Yang has a way of caressing the keys without sacrificing one iota of sparkling definition. Unlike most piano concertos, the soloist in Rachmaninoff’s “Rhapsody” gets precious little rest throughout the 24 variations on that indelible theme, yet Yang’s stamina sustained her magnificently.

Although de Waart’s conducting partnered Yang admirably, the orchestra, notably the string sections, did not display the same tightly focused ensemble they produced in last week’s the Grieg Piano Concerto. Of course Rachmaninoff’s style is more expansive than Grieg’s, but these players have ample experience with this late Romantic style.

After the intermission, in Mozart’s Symphony No. 40 in G Minor, K. 550, the orchestra returned to its more disciplined ensemble playing. De Waart’s vigorous tempos underlined the composer’s darker emotions in this complex symphony, but his second movement, the graceful Andante, unfolded with courtly elegance. Next week the players will experience Mozart by complete immersion when the San Diego Opera opens its production of Mozart’s The Marriage of Figaro, with the orchestra in the Civic Theatre pit under the baton of John Nelson.

This concert was presented by the San Diego Symphony on Friday, October 12, in the Jacobs Music Center’s Copley Symphony Hall and repeated on Sunday, October 14. The Friday performance was reviewed. The orchestra will next appear in the same venue on Wednesday, October 24, with the Mariinsky Orchestra under the baton of Valery Gergiev.