When I first read through Murray Perahia’s Sunday (April 24) program on the La Jolla Music Society’s piano recital series, my heart sank. Nothing but the usual roundup of dead Europeans: Haydn, Mozart, Beethoven and Brahms. Like most critics, I am always itching for something new and enticing. 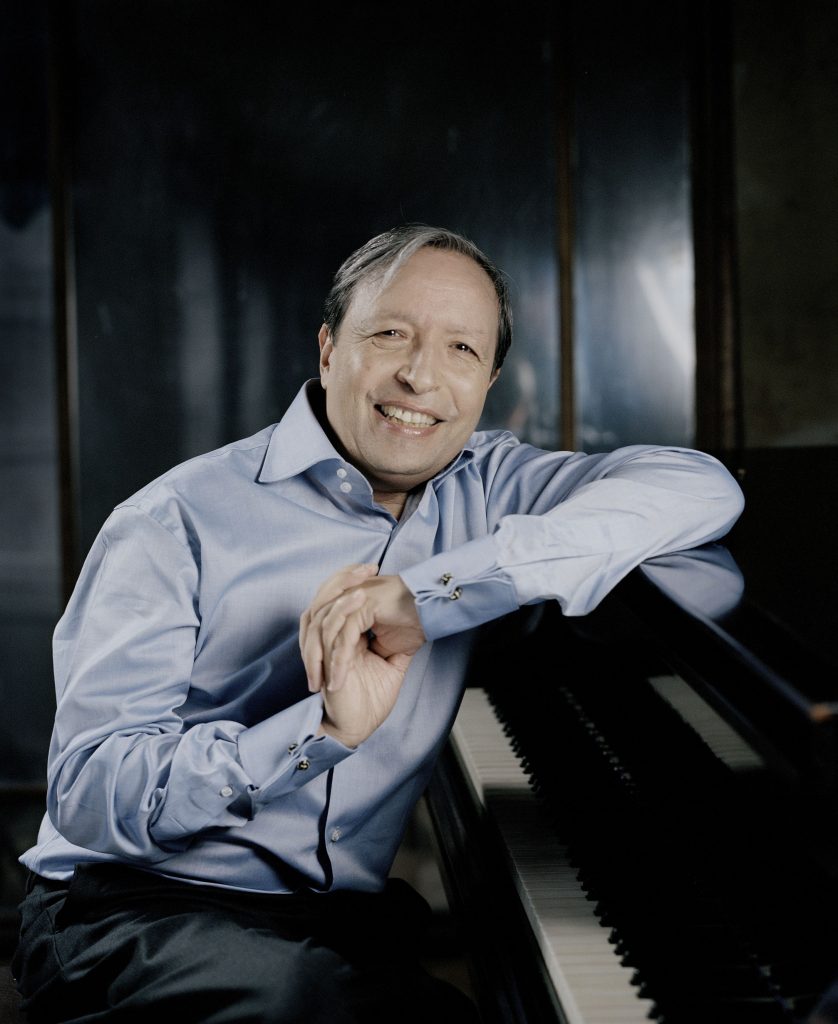 I had forgotten, of course, what Perahia brings to the music of these old guys: his stellar technique and profound insight that touches the soul in ways that even the most promising bouquet of premieres seldom approaches. From the ethereal lines of his Haydn Andante and Variations in F Minor to the explosive fanfares of Beethoven’s “Hammerklavier” Sonata,” Perahia mesmerized the Sherwood Auditorium audience with transcendent playing.

What sets Perahia apart from other virtuosos is his combination of acute structural and harmonic analysis of the score that places every note and every musical line into elegant hierarchical alignment, yet at the same time allowing freedom for nuance and phrasing that sweeps the listener away with the intimation of inspired improvisation. In Perahia’s performance, logic, freedom, and technique fuse impeccably.

In Haydn’s minor mode variations, Perahia found an almost melancholy grace, yet he surprised his listeners with sparkling thirty-second note flourishes that flew from the piano like comets across the night sky. Rather than simply applying ornaments to certain notes, he used the composer’s florid ornamentation to create a richer musical texture, and he cleverly toyed with Haydn’s chromatic excursions to add dramatic flare completely congruent with the work’s Strurm und Drang style.

He took the quick movements of Mozart’s compact Sonata in A Minor, K. 310, at a bright, majestic clip, which allowed him to veil the contrasting quiet moments in a mystical shroud. I particularly appreciated his slow motion arabesques in the Andante cantabile middle movement.

In lieu of a Brahms sonata, he bundled together five single-movement works from the composer’s autumnal period (from Op. 116, 118 & 119), taking us on an intensely rewarding emotional journey. Perahia’s thrilling account of the G Minor Ballade, Op. 118, No. 3, suggested Brahms’ version of “The Ride of the Valkyries,” while the evanescent middle section of the Intermezzo in C Major, Op. 119, No. 3, could have passed for a sumptuous Chopin nocturne. The frequently played Intermezzo in A Major, Op. 118, No. 2, floated heavenward as Perahia deftly navigated its dreamy, affecting mercurial states.

Performing or even listening intently to Beethoven’s expansive and unforgiving “Hammerklavier” Sonata, Op. 106, is not for the faint-hearted. For all of Perahia’s exuberance and stormy contrapuntal exposition, his disciplined completion of every detail brought the sonata home covered with glory. He did justice both to the composer’s fiery idiom and to his gamut of emotional expression.

Although the standing audience roared its approval and begged for an encore, it was clear that after the “Hammerklavier,” the performer was spent. He had already given us the alpha and the omega—it was churlish to ask for more!

[themify_box style=”shadow” ]This recital by Murray Perahia was presented by the La Jolla Music Society at the Museum of Contemporary Art San Diego’s Sherwood Auditorium on April 24, 2016. The next offering of the LJMS 2015-16 season will be the New York Philharmonic Orchestra under Music Director Alan Gilbert on May 4, 2016, at the Jacobs Music Center’s Copley Symphony Hall in downtown San Diego.[/themify_box]