I was also flooded with memories of more recent Mainly Mozart concerts under the baton of current Music Director Michael Francis performed in downtown San Diego’s Balboa Theatre, the festival’s regular venue until the current pandemic ended indoor performance with a live audience present. The polish of this festival orchestra and the warm sonic glow of its string sections have always been a Mainly Mozart trademark. 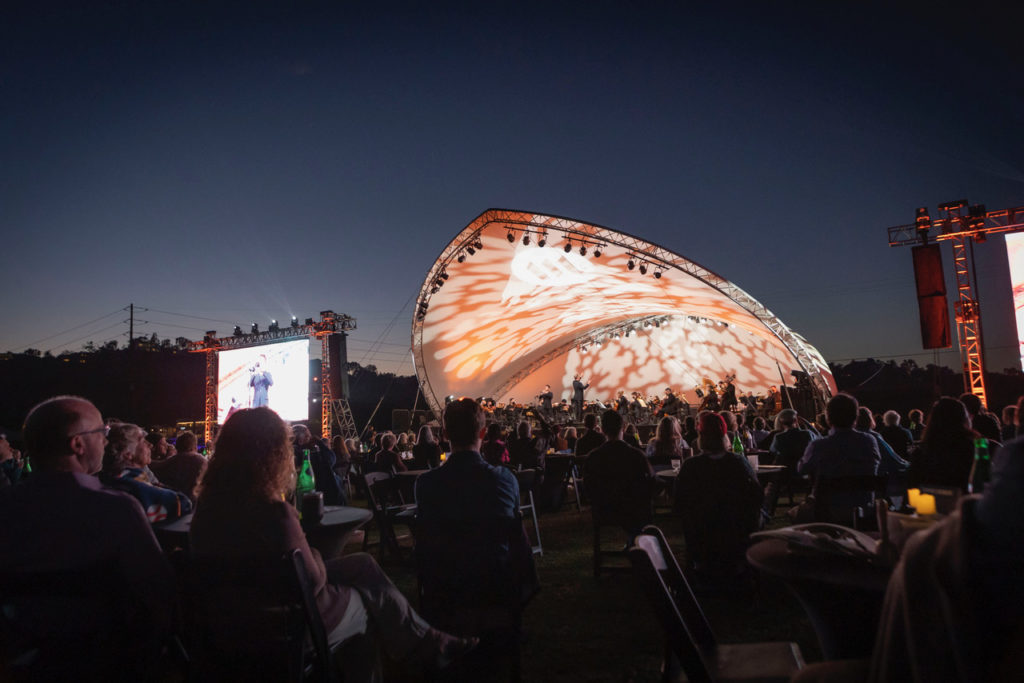 On Saturday, these memories proved a comforting alternative to the blaring, distorted orchestral sounds projected by the woefully inadequate sound system Mainly Mozart was using to communicate the music of Haydn and Mozart from its impressive roster of players assembled in the improvised shell set up in this open field off of Via De La Valle. I have no doubt that Francis, standing right in front of this formidable orchestra, was pleased with what he was hearing. But what we were experiencing some distance from the stage, hearing only what the sound system was cranking out, was about as far from pleasure as I hope to get on my beat.

Francis opened the concert with Maurice Ravel’s Le Tombeau de Couperin, the composer’s exquisitely orchestrated version of his solo piano suite written during World War I as a tribute to France’s most illustrious Baroque composer, François Couperin, and to honor the memory of personal friends killed in the war. Principal Oboe Nathan Hughes has graced many a Mainly Mozart Festival Orchestra over the years, and his suave, even opulent phrasing of Ravel’s gorgeous themes in the Prélude and Menuet movements provided some of the few rewards of the evening. Because of Ravel’s masterful, transparent orchestration and Francis’ deft conducting, the sound system gave a reasonable facsimile of the work, although I kept wondering why the strings sounded so thin in comparison to the woodwinds.

However, the full orchestra unleashed in Haydn’s flashy Trumpet Concerto in E-flat Major and Mozart’s ebullient Symphony No. 39, K. 543, overwhelmed the sound system, giving the violins an unflattering penetrating, steely edge and compressing the overall body of the string ensemble that made the orchestra seem much smaller than the number of players actually on the stage. The sound system reduced the cellos’ bass line to an anonymous hum that sounded something like an early Moog synthesizer. My heart went out to those cellists on stage who were clearly striving to  create beauty! 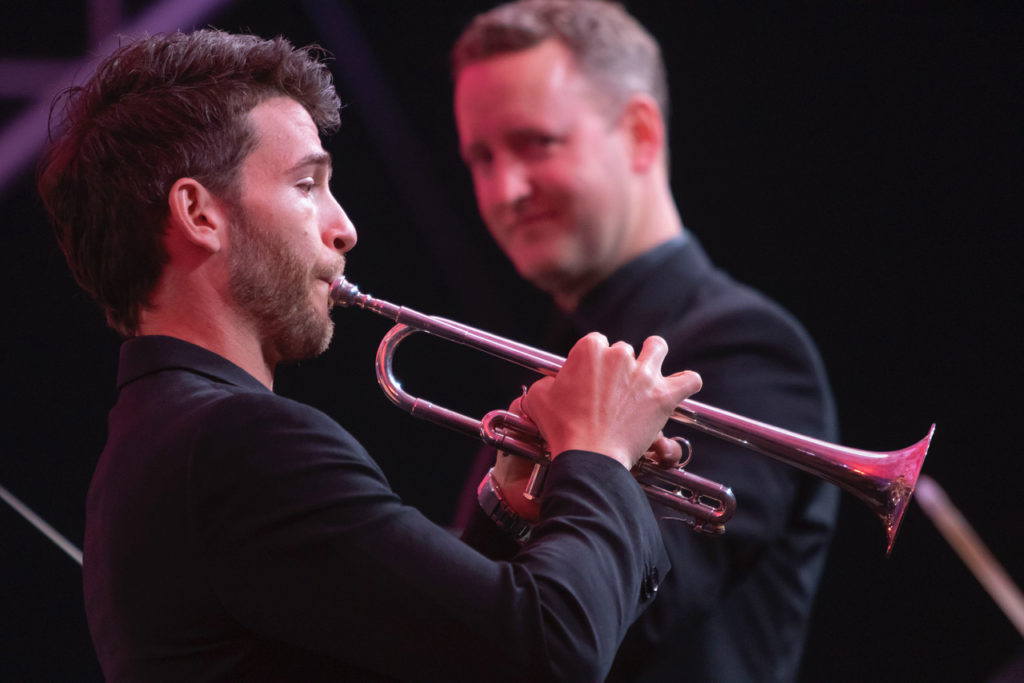 Conrad Jones, the orchestra’s young Principal Trumpet, gave a refined if somewhat understated account of Haydn’s Trumpet Concerto. The virtues of his performance included graceful cantabile themes in the instrument’s lower range and a delectable sparkle complemented by precise articulation of the composer’s bright upper range figurations, especially the brilliant first-movement cadenza. Francis chose an overly deliberate tempo for the middle movement, then made up for it with a dashing Finale.

Of Mozart’s three final symphonies, No. 39 in E-flat Major is played the least, but is it no less rewarding than the “Jupiter,” No. 41. Francis and the orchestra gave an admirable account of this symphony, and Principal Clarinet Boris Allakhverdyan’s shapely solos and golden tone made the Menuetto shine. I spent most of Symphony No. 39 imagining what it would sound like if Mainly Mozart had been performing in the Balboa.

This year’s Mainly Mozart Festival continues in the same venue with concerts on June 16, 18, and 19.