Jahja Ling, Conductor Laureate of the San Diego Symphony, returned to the podium Saturday at The Rady Shell at Jacobs Park to conduct the orchestra in a program devoted to Brahms and Grieg. Guest pianist Yefim Bronfman was on hand as soloist in the Johannes Brahms First Piano Concerto, and San Diego soprano Tasha Koontz provided the vocal component to several movements of Edvard Grieg’s Peer Gynt Suite. 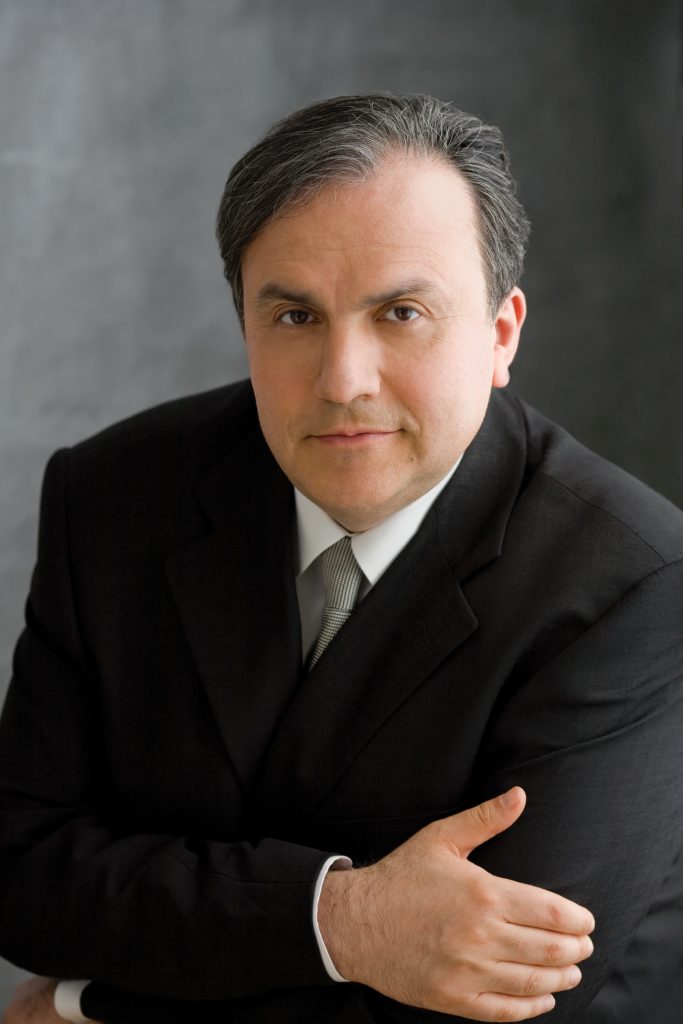 Seeing Ling and Bronfman together on a San Diego Symphony program came as no surprise—on May 28, 2017, Ling’s final Symphony concert as Music Director, he conducted Bronfman in Brahms’ Second Piano Concerto. It was rewarding to see these two veteran performers working together again, and the orchestra responded with a radiant, expressive account of this beloved piano concerto.

Bronfman’s ferocious, muscular technique served him well in the tumultuous opening movement of the Brahms concerto. There is nothing like experiencing the roar he creates with thundering octave flourishes in both hands. The Adagio center movement, a gentle intermezzo that turns into a nocturne, provided welcome contrast—or relief, depending on one’s mood after the grueling first movement.

I wish I could be more enthusiastic about Ling’s Suite from Grieg’s Peer Gynt, Incidental Music to Ibsen’s Play. This compilation of 11 movements from the 26 Grieg composed at Ibsen’s behest in 1875 contains some of the composer’s iconic pieces: “In the Hall of the Mountain King,” “Anitra’s Dance,” and “Solveig’s Song.” Not surprisingly, Grieg left the drama to the play, allowing each movement to capture some detail of the play. But Ling’s 45-minute sight-seeing tour of these delightful cameos lacks a discernible dramatic arc, and I found myself glancing at my watch far too many times during this meandering  Suite. After the success of Ibsen’s play with Grieg’s incidental music, the composer made two separate orchestral suites, each with just four movements from the overall Incidental Music. I would say his judgement of selecting just four movements for a Suite was the right call.

This concert by the San Diego Symphony was performed on May 14 & 15 at The Rady Shell at Jacobs Park on San Diego Bay. This review was based on the May 14 concert.