Although San Diego’s Opera NEO can only boast 10 years to its record, it has boldly championed the Italian operas of G. F. Handel from the beginning. I recall attending moving Opera NEO productions of his Agrippina, Partenope, and Rinaldo, and on Friday the company opened Serse. Based on the Fifth Century B.C. Persian King usually called Xerses I, Serse is not easy to categorize. The late Welsh musicologist and Handel scholar Anthony Hicks claimed it was one of Handel’s best scores, “moving surefootedly between farce and tragedy.” 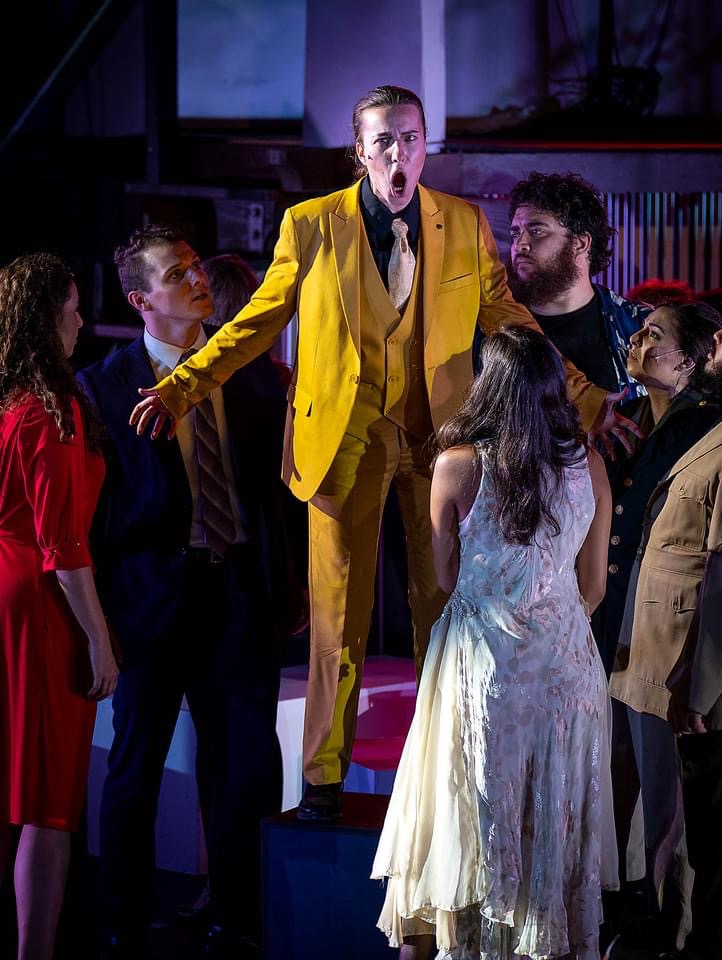 Many opera plots center around the complexities of a romantic triangle, but in the case of Handel’s Serse, it is more of a romantic hexagon. The king is besotted with Romilda, who is steadfastly in love with the king’s brother Arsemene; Romilda’s sister Atalanta is secretly in love with Arsemene, and Amastre is actually betrothed to the king, but his love for Romilda causes him to ignore Amastre with royal disdain. In spite of the king’s power over his subjects—at one point he banishes his brother Arsemene from the court as he pursues Romilda—love does win out, and the right couples find themselves thankfully aligned at the opera’s finale.

Artistic Director Peter Kozma assembled a cast of young singers quite at home traversing Handel’s demanding high Baroque style with its unforgiving, florid embellishment. In the title role, mezzo-soprano Stephanie Doche confidently sailed through acres of fioritura, either expressing intense ardor for Romilda or explosive anger facing her rejection. In addition to such facility, she revealed a stunning, bright upper range that should make most sopranos jealous. Countertenor Michael Skarke as Arsamene brought equal finesse to his florid romantic effusion for Romilda, but proved even more compelling in his lyrical laments over his separation from her by his brother’s royal decree.

For opera history buffs, I suggest it is of interest that in Handel’s first Serse production in 1738 at London’s King’s Theatre, the title role was sung by a famous castrato who went by the name of Caffarelli, and the role of Arsemene was taken by a mezzo-soprano known as La Luchessina, a reversal of the genders that Opera NEO selected for the royal brothers. 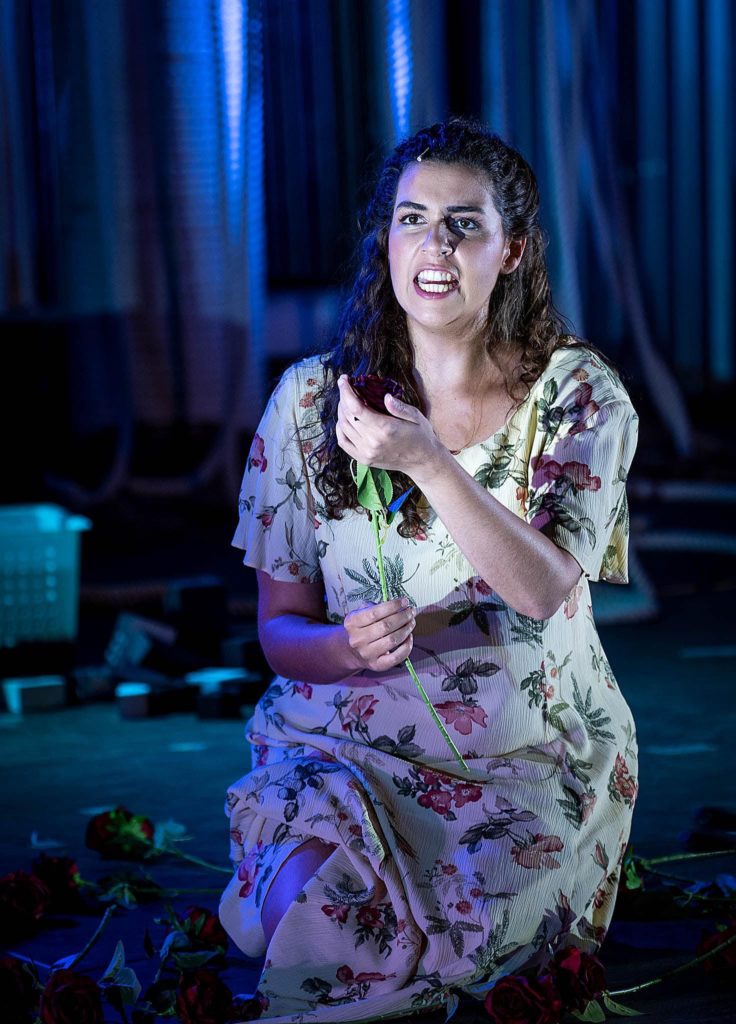 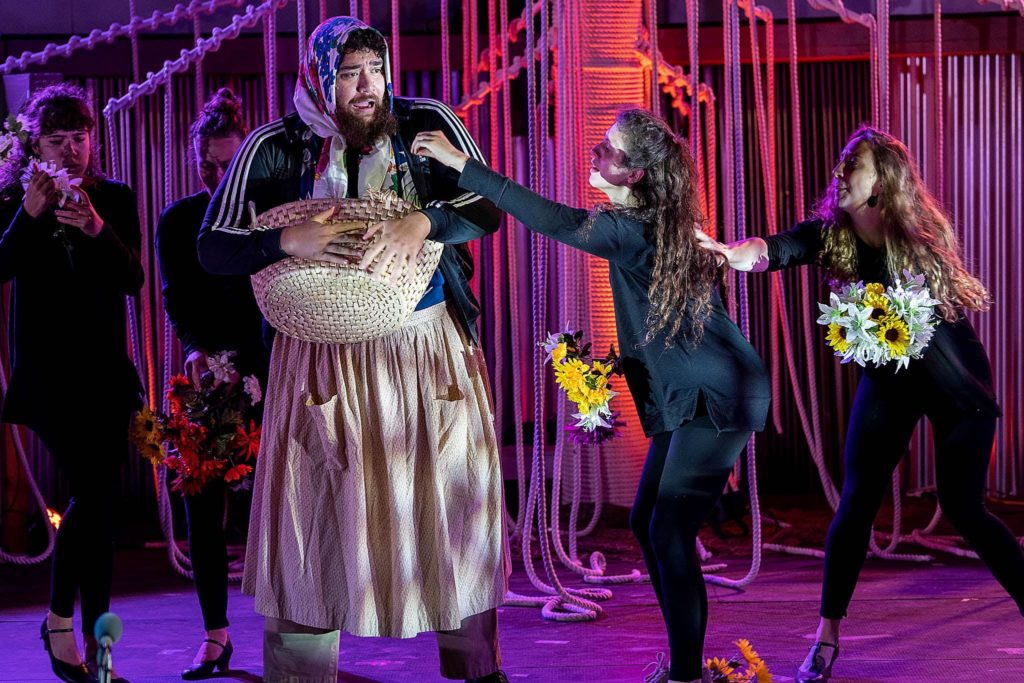 Francesca Mehrotra, another dazzling soprano, provided great satisfaction with her take on Atalanta, the knavish character whose manipulations keep the plot humming. I particularly enjoyed her aria in which she described how she cleverly employs her beauty to control men—surely the touchstone for the song “I Feel Pretty” from Bernstein’s West Side Story penned a few centuries later. As Amastre, the story’s third femme fatale, mezzo-soprano Katherine Cosenza successfully portrayed the self-destructive traits of her desperate character and confidently navigated with burnished timbre the low tessitura of her role, which was written for an alto. Baritone Andres Cascante strutted with the cocky assurance of a banana republic general as Ariodate, the king’s successful military officer and father of Romilda. Cascante gave Opera NEO fans a hint of his Baroque prowess in his flashy Handel aria at last month’s Opera NEO aria marathon, and his fluent Ariodate lived up to that potential splendidly. 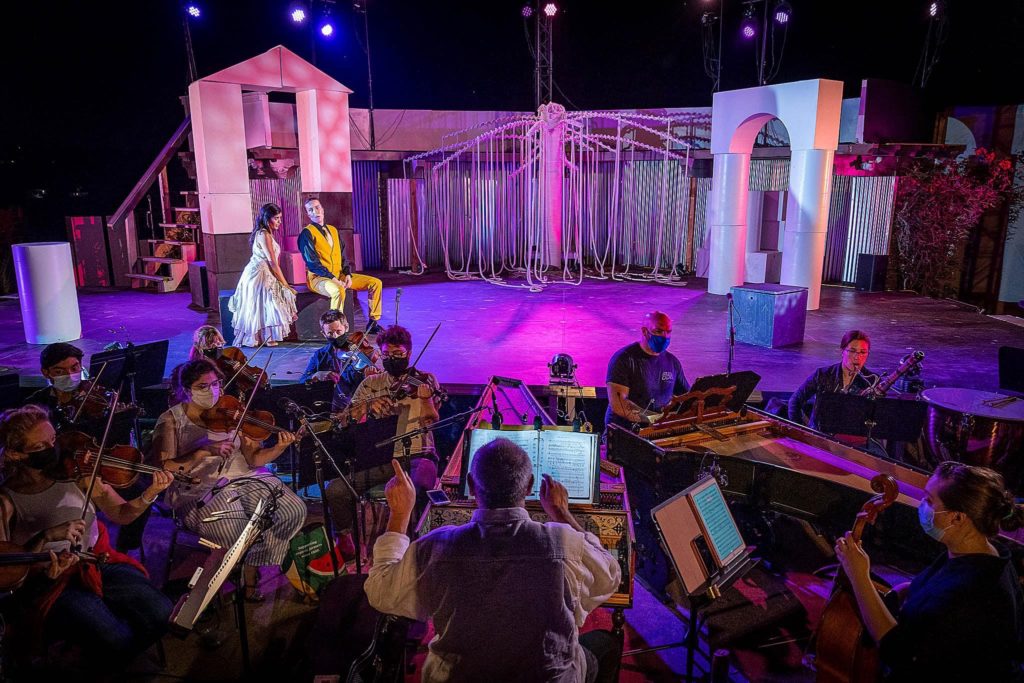 Guest Conductor Stephen Stubbs, the artistic co-director of the Boston Early Music Festival, led a robust but disciplined orchestra, keeping the instrumental counterpoint in sharp focus and faithfully attuned to the needs of the singers. He accompanied the recitatives on harpsichord, and was assisted at the second harpsichord in the larger ensembles with an equally adept keyboard maestro, Opera NEO Assistant Conductor Kevin C. Devine. Kudos to theorbo player Jason Yoshida and natural trumpet virtuoso Kathryn Adduci for adding their skill and distinctive Baroque timbres to this production.

Peter Kozma’s clever set design included arches, pillars, a bridge, and a building facade all constructed by sleekly choreographed chorus members using large cubes, triangles and cylinders–think adult-sized legos. On the one hand, these quickly assembled bits of scenery helped suggest the plot’s changing locations, but of equal importance, the choreography helped assuage the glacial pace at which Baroque opera plots unfold, a worthy consideration since contemporary opera audiences are accustomed to the insistent dramatic pace of late the Verdi operas and the works of his verismo successors. This production chose contemporary fashion for the principle characters with the direction of Costume Coordinator Chanel Mahoney. Serse’s tailored, bright ochre suit and his brother’s  deep blue sharkskin suit symbolized their rank, as did military uniforms for Ariodate and Amastre–another cross-dressing part of Handel’s amusing menagerie. Sisters Romilda Atalanta  sported fancy couture; it was hard to miss Atalanta’s chic high heels which she donned while singing her aria!

This Opera NEO production opened on August 13, 2021, in the Palisades Amphitheater in the Allied Gardens district of San Diego. It will be repeated on August 15.