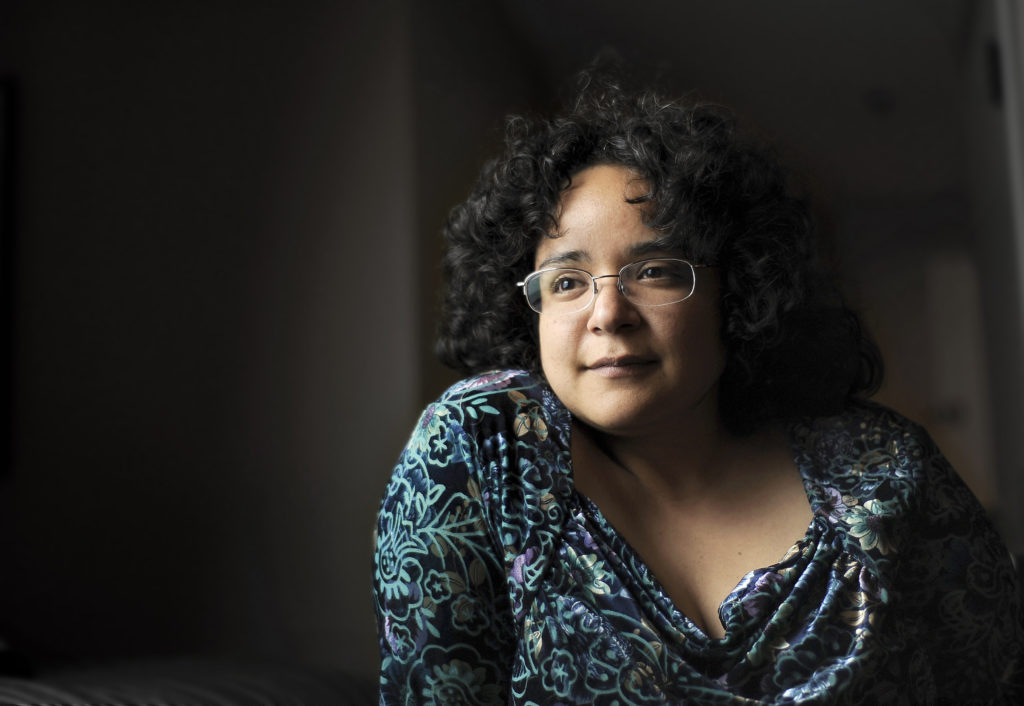 “Frida has been a life-long presence for me. As a child I remember my Peruvian mother telling me about this unusual Mexican painter, and I immediately identified with her. Frida was a short, brown, multi-racial woman with a physical disability, and I am also short, bi-racial, and have a hearing loss,” she explained.

But as Frank matured, Frida’s physical features were not the only characteristics that resonated with the young musician. “Frida was defiant. She saw herself as equal to men in her artistic pursuits, and she was not afraid to be public about her identity, from her unusual unibrow to her bisexuality.”

Frank’s mother also supplied her books filled with reproductions of the artwork of Diego Rivera, Kahlo’s celebrated husband, and stressed that his art ranked with the great European painters of his time, but it was Frida with whom the young Gabriela identified.

In today’s fickle, novelty obsessed popular culture, each artist continues to evidence remarkable staying power. Currently a massive exhibit of Rivera’s paintings, drawings, and stunning digital recreations of his extant frescoes continues to draw crowds at the San Francisco Museum of Modern Art. And no gift shop is without a section of books, mugs, and calendars emblazoned with one of Kahlo’s immediately recognizable self-portraits. A shop in North Park, for example, features a larger than life fresco of Kahlo on a wall visible to every pedestrian walking up Ray Street.

“I am astonished to see the icon Frida has become in pop culture,” Frank observed. “But I think it is part of the ongoing saga of her dramatic story.”

While considering writing an opera about Frida Kahlo, Frank realized that Rivera had to be a part of the story. Her librettist, the Cuban-American, Pulitzer Prize-winning playwright Nilo Cruz, came up with the opera’s dramatic crux. Over the years prior to the opera project, Cruz and Frank had collaborated extensively on major works, including the song cycle La centinela y la paloma for soprano Dawn Upshaw and Conquest Requiem for the Houston Symphony.

“Nilo conceived the essential conflict of the opera: Rivera is afraid of death, and Frida, who has died only three years earlier, is the only one who can help him. Early in our conversations about the opera, Nilo decided that the action of the opera would take place on the Mexican festival of Día de los muertos [the Day of the Dead].” Among the traditions associated with this distinctive Mexican tradition is the belief that certain individuals in the afterlife may be given a one-day pass to return to visit their loved ones on The Day of the Dead, and, following this tradition, Rivera requests Frida to pay him a visit on that day.

As Cruz has constructed his libretto, Frida turns out to be as contrary as she was in life, and she refuses to grant Rivera’s request to visit him. So Cruz created the opera’s fourth main character, Leonardo, a deceased young actor, who convinces Frida to join him on their one-day excursion back to the land of the living.

“I decided to make Leonard a countertenor, which turned out to be a challenge,” Frank said, “since this was the first time I had ever written for a counter tenor. That voice is certainly a different animal, and of course there are various kinds of countertenors with very different qualities.

“But I thought this was the right kind of voice, since Leonardo is a very young actor who retires to the world as Greta Garbo in the lead character of her film Queen Christina. And in his aria he persuades Frida to join him on The Day of the Dead.”

Frank wanted to give a Mexican flavor to the opera’s score about two of Mexico’s most well-known historical celebrities, but she has learned to be cautious. “I know Peruvian musical traditions well, which makes me respect what I don’t know about Mexican traditions. In an early version of the score I boldly used castanets in my orchestration, but several of my Mexican friends scolded me. ‘No castanets!’ they said. ‘Castanets are typical of Spanish music—not Mexican music!’ It was a rookie mistake, so I took them out.

“In one of the opera’s scenes I have tried to create the sound of a busy Mexico City market with the typical cries of its street vendors, and I think that has a Mexican flavor, but I have not attempted to use what might be considered characteristic Mexican scales or rhythms. The orchestration is vibrant, however, and the marimba appears in about two-thirds of the piece. The marimba is a quintessential instrument of Central American traditions, but it created the texture I wanted.”

I asked Gabriela Lena Frank what one question would she pose to Frida Kahlo if she could.

“I would cook her a meal, and we would have an entire evening together to share stories,” she explained. “I would then ask her if I could play the piano for her, and our hearts would touch!”