Nationalism as a distinctive musical flavor arrives in unexpected waves in every century. During the 19th century, Grieg, Smetana, and Granados laced their music with the lore and songs of their own countrymen, and in the earlier decades of the last century, composers such as Copland, Chávez, and Revueltas gave life to a robust nationalism in North America. 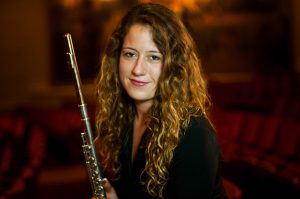 The latest surge of nationalism comes from Asia, with composers such as Bright Sheng and Chinary Ung. “Song Recollections,” a new string quartet by the Chinese born and American educated Lei Liang, crowned Art of Élan’s Tuesday (March 29) concert at the San Diego Museum of Art.

The Formosa Quartet, for whom the new work was written, gave a passionate account of Liang’s single movement 20-minute work based on Taiwanese folk music and suggesting—only occasionally—the sounds of traditional Asian instruments such as the sheng (a mouth organ) and the pipa (a lute with a very bright timbre).

What struck me about Liang’s score were his constantly shifting, transparent textures, rarely using all four instruments in a balanced ensemble—the typical string quartet sound—but rather pairing either the high or low instruments to share his themes while the other pair hovered with some delicate drone or cluster of feathery pizzicato tones. His most alluring moments suspended any sense of propulsion to allow a beautifully crafted effect such as a precariously high trill or a glacial progression of solemn low chords to create a mystical moment.

Fortunately, Liang did provide some energetic contrasts, including a rousing, dance-like section in the middle of “Song Recollections,” where all four players produced joyous interlocking themes that for a moment appeared to invoke vintage Copland: a kind of “Taiwanese Spring,” perhaps. Inasmuch as both Art of Élan and the Formosa Quartet commissioned this work, Liang attended the performance to receive the warm gratitude of both the first-time listeners and the commissioners. Every commission involves a certan level of risk, but it is rewarding when the composer meets the goals of the commission with such resounding success.

The Formosa Quartet opened with Dana Wilson’s 2008 “Hungarian Folk Songs,” another finely crafted string quartet rooted in traditional music, although Wilson’s connection to his Hungarian sources seams to be academic rather than ethnic. While the program notes explain that Wilson was asked to compose music that might complement the quartets of the great Hungarian of the last century Béla Bartók, Wilson’s more conservative harmonic language struck me more as homage to Zoltán Kodály, the other noted—but less adventurous—Hungarian composer from the early part of the last century.

Wilson’s set of eight folk songs and dances proved as athletic and rambunctious as Liang’s piece was reflective and probing, which gave Formosa’s program a superb sense of balance. Folkloric touches in Wilson’s opus included bagpipe imitations and using the body of the cello as a resonant percussion instrument.

Even with cellist Deborah Pae sitting in for the Formosa Quartet’s regular cellist, the players projected a securely integrated ensemble with a vivid sonority that had just enough edge to command attention. First violinist Jasmine Lin was the primary source of this vibrant sound, and when she took hold of a soaring phrase, the pulse of the whole room raced. Violinist Wayne Lee of the bright sound and nimble phrasing eloquently matched Lin, and violist Che-Yen Chen’s muscular approach easily demolished the stereotype of the self-effacing violist. Longtime San Diego Symphony patrons recall fondly his eight years as Principal Viola with the local orchestra, before he relocated to Los Angeles.

Pae’s resonant cello solos in both the Liang and Wilson works displayed a sophisticated technique that easily adapted to the seasoned Formosa Quartet.

“Threnodies” by Aaron Copland, a short, beautifully focused memorial to Igor Stravinsky paired with a second, more detailed memorial to Copland’s friend Beatrice Cunningham, completed the program. Substituting a flute for the first violin gave more color to these quartets, and San Diego Symphony Principal Flute Rose Lombardo conjured a haunting, aptly elegiac mood. The second threnody reminded me of Copland’s wistful mood expressed in his “Quiet City,” a brooding but moving chamber piece that should be played more frequently, as should “Threnodies.”