Finishing his Spartan lunch of juice and yogurt, Jack O’Brien started to describe the title character of Great Scott, the new opera that he is directing and San Diego Opera will open Saturday, May 7, at Civic Theatre.

“Opera star Arden Scott comes back to her home town for the best of reasons. She has discovered a lost bel canto opera, and she thinks that by staging it the people of her town will be thrilled. She believes she will have done a good thing—and then it all gets beyond her control.” 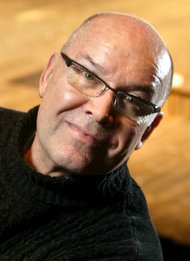 O’Brien, who served a stellar tenure as Artistic Director of San Diego’s Old Globe Theatre from 1981 to 2007 and then returned to New York to direct on Broadway, stopped and mused, “I feel a little bit like Arden Scott.”

As a returning celebrity, O’Brien certainly fits the Arden Scott profile, but I haven’t encountered anyone working with him who believes things will slip out of his control. Composer Jake Heggie and librettist Terrence McNally’s new opera Great Scott premiered at Dallas Opera in October, 2015, which O’Brien directed at the behest of the work’s authors.

“Terrence and Jake knew this was my opera five years ago, and they had not even started to write it yet,” O’Brien noted. “One evening when I was having a lovely dinner with them, they described their idea for the opera and asked me if I would direct it. I said yes and didn’t really think about it. Terrence and I go way back, and I trust him.”

Heggie and McNally already had one highly successful operatic collaboration under their belt, Dead Man Walking, which was commissioned by San Francisco Opera and opened to general acclaim there in 2000. Based on the book of the same name by Sister Helen PreJean, CSJ, the opera explores the topic of capital punishment through the execution of a convicted and unrepentant murderer on Louisiana’s death row.

After Dead Man Walking, Heggie’s next full-scale opera was Moby-Dick, for which McNally bowed out 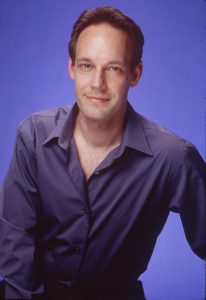 and Gene Scheer stepped in to write the libretto. Dallas Opera successfully premiered this Heggie opera in 2010, and San Diego Opera—one of the co-producers—staged it in 2012.

After two operas on tragic themes, Heggie’s Great Scott takes a lighter approach, although it is more than a light comedy.

“This opera started out as a fragile idea,” O’Brien explained, “the concept of an opera within an opera, but it grew into something greater, including themes such as mid-life crises, ego, the arts versus sports, the power of stars, and ambition.”

He is grateful to have another go at Heggie’s Great Scott. “I am sill figuring some things out—I’ve come across a couple of insights that are helpful. And we have made a few cuts in the score to keep the dramatic tension tight.”

“In the early 1970s I directed Dido and Aeneas for Kansas City Opera with Tatiana Troyanos and Jon Vickers in the title roles. It was all downhill from that point on,” he added with a knowing smile. He garnered national acclaim for directing Porgy and Bess for Houston Grand Opera when the visionary John DeMain was conductor, a production that successfully traveled to New York City Opera, San Francisco Opera, and was staged by San Diego Opera in 1987.

Does he treat opera singers differently from stage actors? “I always speak to musicians as actors and to actors as musicians.” He finds the jargon and typical categories of either discipline too confining. “Really, I see the job of the director is to convince the artists that they are making their own choices so that they will own their roles. I want them to release what is inside of themselves rather than telling them how I want them to do something.”

O’Brien is critical of the way operas have to be rushed into production because of the great expense of all the musicians—including full orchestra—involved. “I would never produce a play this way, because I always want two weeks of previews to get the play ready for its opening night. But opera production is really cruel—the third time through the entire opera is already opening night, when the audience and the critics make their judgement. And by the fifth time or sixth time through, that’s the end of the run. I don’t know why anybody does it!”

Asked to comment on the current trend of major opera companies to mount productions of musical theater, such as Lyric Opera of Chicago’s productions of Carousel and The Sound of Music and San Francisco Opera’s Showboat and Sweeney Todd, O’Brien gave his explanation of the trend.

“We are flirting with each others’ borders,” he noted. “It really started in the 1980s with Les Miz and Andrew Lloyd Webber’s pretentious pieces. People fell in love with the big gesture. It’s a kind of cross-pollination: opera wants the heat of music theater and Broadway wants the art of opera.”

Does he have advice for opera companies and their leaders in the 21st century?

“You have one shot. Do what you are truly passionate about, and you will succeed.” 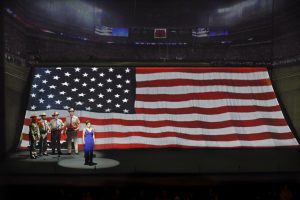