Seán Curran, noted dance guru and respected choreographer turned opera stage director can expound the theory behind his work with a steady stream of clever abstractions. But he can also cut to the chase: “My job is to tell the audience where to look.” 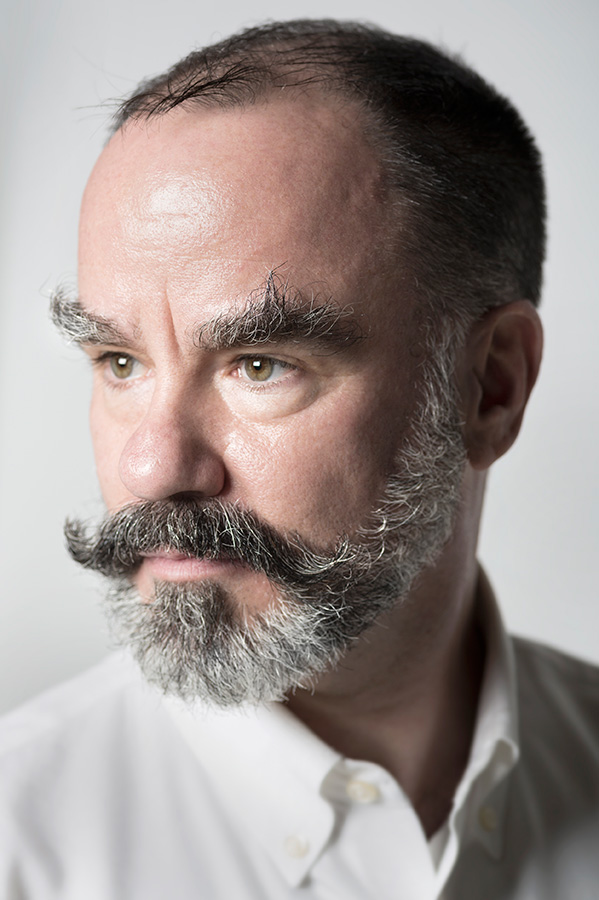 Curran is acutely aware of the need to impress the San Diego Opera audience with his Pirates of Penzance production, inasmuch as this is the first Gilbert and Sullivan opera the company has ever offered. More that a few eyebrows have been raised by patrons and even opera chorus members about including English operetta in a San Diego season, even though the company has always presented the standard Viennese operettas such as Die Fledermaus and The Merry Widow without objection.

“I recently did an English language Fledermaus at Santa Fe Opera,” Curran noted, “and this Gilbert and Sullivan is so much more sophisticated than Fledermaus! This operetta is crammed full of wit, cleverness, and politics. Really, The Pirates of Penzance was the Hamilton of its day. It is smartly political and done with tremendous virtuosity.”

San Diego’s production of Pirates comes from Opera Theatre St. Louis and The Atlanta Opera, where Curran directed the production in March 2016. The visual inspiration for the visual look of this production came from an unexpected purchase at a Barnes and Noble bookstore in Manhattan.

“In my research for the upcoming Pirates production, I was looking for as many books about actual pirates as I could find, and after I had amassed a healthy stack of scholarly volumes, a grandmotherly sales clerk with a wry smile on her face took me into the children’s section and produced a large children’s book titled Pirates Don’t Change Diapers. It had very little text but was filled with whimsical illustrations, more like cartoons, with a vibrant, kinetic sensibility. I bought the book as a kind of joke to show to the set and costume designer James Schuette. But when I showed the book to him, his eyes lit up and he exclaimed, ‘That’s it—this will be our design for the production!’”

Curran explained that San Diego Opera’s operetta has the look of a British music hall from the late 1800s, in part a result of adapting the original Opera Theatre St. Louis small-scaled set made for its intimate 1,000-seat theater to the much larger Atlanta venue: a second proscenium was built to enclose the original set for the much larger stage. One Atlanta critic praised this compromise as giving the production “a cozy, old-fashioned Victorian snugness.”

The opera audience typically thinks that the choreographer’s job is to devise and direct the required dances in a specific opera’s score, such as the cavorting gypsies in Bizet’s Carmen or Salome’s scandalous dance of seduction in Richard Strauss’s racy one-act. But Curran’s view of choreography’s role in an opera production is more holistic.

“When I am directing, my sense of choreography drives me to enhance the behavior of everyone on stage, because as the great Martha Graham always reminded us ‘movement never lies.’ The way a singer stands, walks, points, and gestures can tell the story more vividly, and this is what I want bring out. I want everyone on the stage to move from their inner body. Jerome Robbins’ succinct advice was ‘don’t dance to the music, but dance in the music’.”

Curran has been dancing in the music since he was a teenager, starting with learning traditional Irish stepdancing in his Irish-American family to singing and dancing in high school musicals.

“My Irish father wanted to do everything Irish, so learning stepdancing was a requirement in my family. But when my high school English teacher recruited me for the annual school musical and asked me to do the choreography, I asked her ‘What is choreography?’.”

New York University eventually supplied him with an in-depth definition of the noun, not to mention the dance skills he needed: “I was drawn to the contemporary dance department, and besides, they were desperate for guys,” he noted. From NYU he danced for 10 years with contemporary dance companies in New York City, becoming a leading dancer with the Bill T. Jones/Arnie Zane Company, and in 1997 he founded his own company, surprisingly named the Seán Curran Dance Company, which established a strong reputation on both sides of the Atlantic.

When asked to describe his company’s trademark on the American dance scene, he comes down clearly on the side of abstraction.

“My approach to dance is based on movement invention—I don’t tell stories. I use fluid ideas to create a visualization of the music, because music must always be the motor of the dance. To be sure, humans look for stories, and what they find from my dance is an implied narrative.”

Of course, W.S. Gilbert supplied The Pirates of Penzance with ample narrative, so adding narrative to the choreography would be gilding the lily. “Pirates embellishes that enduring ‘love conquers all’ cliché,” Curran observed. “Each of the twelve daughters ends up marrying either a pirate or a policeman, proving that sheer tenacity will get you a happy ending.”

San Diego Opera’s swashbuckling production of The Pirates of Penzance with Greer Grimsley as the Pirate King opens Saturday, October 14, in the Civic Theatre and runs through Sunday, October 22., 2017.