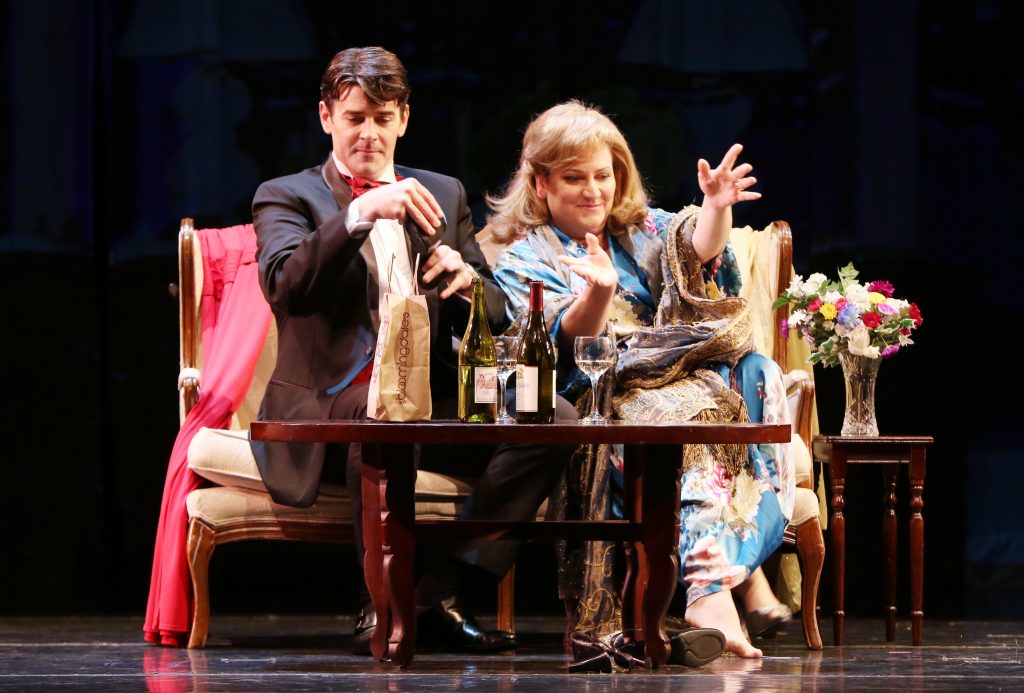 “We have been asking people what they want to see, and we have listened,” explained Bennett. “And when we looked back, we noted that Figaro and Rigoletto have not been staged by San Diego Opera in the last 10 years.”  The Marriage of Figaro, Mozart’s beloved opera buffa, will open the new season on October 20, 2018, in a new production shared with Opera Philadelphia and Lyric Opera of Kansas City.

“Heggie clearly has a following here in San Diego,” said Bennett, alluding to the company’s production of the San Francisco composer’s Moby-Dick in 2012 and the 2016 co-commissioned comic opera Great Scott, which also featured von Stade. Of the new operas presented by San Diego Opera in last last two decades, Moby-Dick proved to be the most universally praised by local audiences and critics alike.

“Three Decembers is a kind of love letter to the theater,” explained Bennett. “The opera’s plot revolves around family—making peace with the family you have instead of the one you want.”

In December 2018, Engelbert Humperdinck’s family friendly Hansel and Gretel, sung in English, will be presented at the Balboa Theatre as the dētour Series’ second opera. The enchanting production from Vancouver Opera uses life-sized puppets in the tradition of Japanese Buraku, an art that began in 17th-century Osaka and employs visible puppeteers onstage.

“I was attracted to this production from Vancouver because all of the forest creatures of Hansel and Gretel have colorful puppets, as well as the angels in the ‘Sandman’s Song’. Even the witch has her own puppets!” The cast of this opera includes soprano Sara Gartland as Gretel—Gartland sang Musetta in San Diego’s 2015 La bohème, and Blythe Gaissert, the mezzo-soprano made such a strong vocal impression in the company’s current season’s As One production, will sing Hansel.

In February 2019 baritone Stephen Powell, an audience favorite as the elder Germont in last season’s production of Verdi’s La traviata, returns in the tragic title role of Verdi’s Rigoletto, with soprano Alisa Jordheim as the over protected daughter Gilda and tenor Scott Quinn as the cunning Duke of Mantua, both making their San Diego debut. The production, which comes from Seattle Opera, has not been seen in San Diego before.

On May 15, 2019, the season closes with a gala concert–One Amazing Night–featuring soprano Ailyn Pérez and baritone Stephen Powell accompanied by the San Diego Symphony in the Balboa Theatre. Since Pérez made her San Diego Opera debut in 2010, her career has soared both here in North America and throughout Europe, winning the 2012 Richard Tucker Award and the 15th annual Placido Domingo Award. San Diego Opera audiences last heard her in a 2014 recital at the Balboa Theatre.