Camarada’s sparkling Tuesday performance in the Baker-Baum Concert Hall at The Conrad in La Jolla did more than Evoke the Baroque, the program’s clever title. In addition to celebrating that era’s superstars—Rameau, Purcell, Telemann, and Vivaldi—it boldly demonstrated how members of the next generation—C.P.E. Bach and Jean-Francois Tapray—drove the tradition into unexpected new directions. And for good measure, Camarada added a nostalgic bauble by the late contemporary guru of Italian film scores, Ennio Morricone. 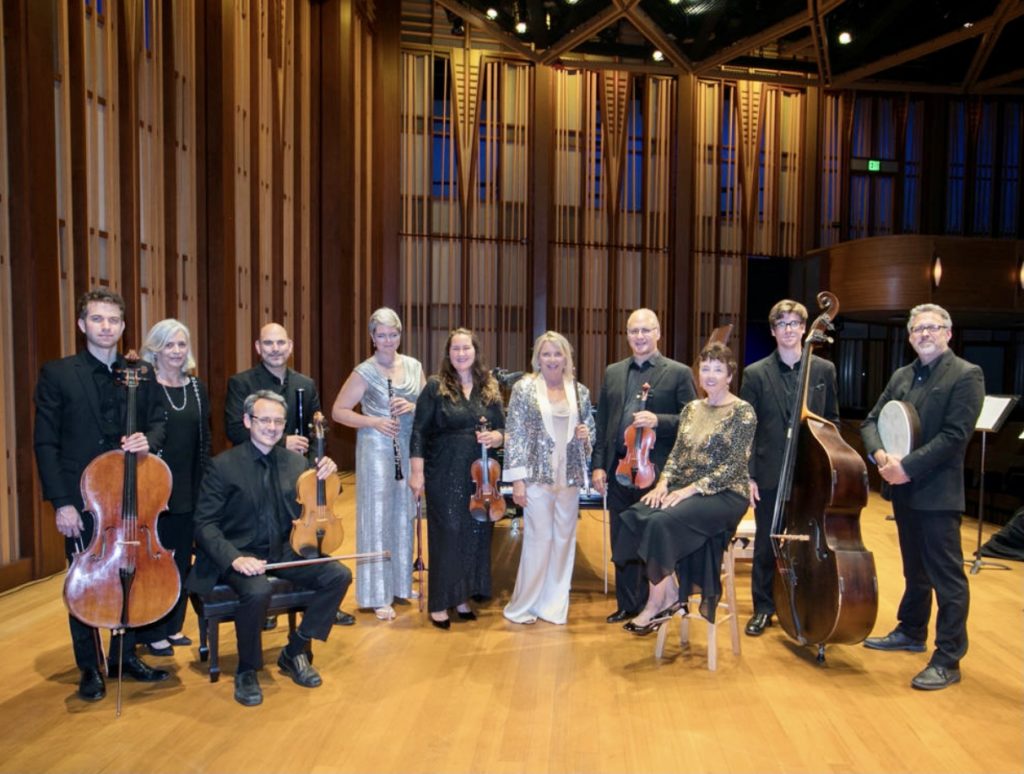 No doubt the virtuoso concertos by Antonio Vivaldi and Georg Philippe Telemann fulfilled the expectations of Baroque enthusiasts present at The Conrad, but I found the two later works by Tapray and C. P. E. Bach that included both piano and harpsichord refreshingly unpredictable and unusually engaging.

San Diego Symphony bassoonist Ryan Simmons gave an eloquent, beautifully detailed account of Vivaldi’s Concerto in C Major for Bassoon, RV 472, his burnished, velvety sonority undimmed in even the most athletic figurations. Telemann’s Concerto in E Minor for Flute and Oboe is more of a virtuoso showpiece than the Vivaldi—especially for the soloists—but flutist Beth Ross Buckley and oboist Andrea Overturf met every challenge with exuberance, finesse, and deftly balanced ensemble playing that belied the composer’s technical demands.

By the time C. P. E. Bach wrote his double concerto for Harpsichord and Piano in E-flat Major, Wq 47, in 1788, the upstart fortepiano, invented in 1721 by the Italian craftsman Cristofori, had already overtaken the traditional harpsichord as the keyboard instrument of choice, especially in concerted music. It is possible to view this double concerto as Bach’s farewell to the harpsichord concerto genre—invented by his father—as the dialogue between the two instruments clearly gives the upper hand to the piano, although the composer provides each keyboard equal opportunity to shine.

At the harpsichord Mary Barranger’s insistent drive, crisp articulation, and agile lines made a great case for the harpsichord part, especially in the dazzling final Presto. Dana Burnett wisely underplayed the piano’s role, especially since she was playing a modern concert grand and not a period fortepiano; her effortless, lithe figurations complemented her keyboard partner, even though her listeners sensed how much musical horsepower she was reining in.

This 20-minute, three movement concerto with its profuse melodic invention provides great audience appeal, although C. P. E. Bach’s idiom—which we call the style galant—lacks the breadth of the later classical style that Mozart brought to such heights. Like the Nehru jacket, C. P. E. Bach’s lively style was once quite the rage, but when it had run its course, musicians put it in the closet and forgot about it.

A generation younger than C. P. E. Bach and a celebrated organist in his day, Jean-François Tapray paired the two keyboard instruments in a two movement Symphony Concertante for Harpsichord and Piano, a work I confess I have never before encountered. Bubbly and vivacious, this piece for just piano and harpsichord merged that dependable Baroque motoric drive with a facile vocabulary of short, snappy phrases that Barranger and Burnett engaged with the enthusiasm of a splurge at an elegant French patisserie.

Morricone’s “Gabriel’s Oboe” gave Andrea Overturf a chance to indulge the composer’s ravishing themes over lush string accompaniment—if this music had been a film score, no doubt we would have been watching two young lovers dreamily bicycling across a sun-drenched Tuscan countryside.

Camarada performed this concert at The Conrad in downtown La Jolla to a live audience on Tuesday, 18 May 2021.