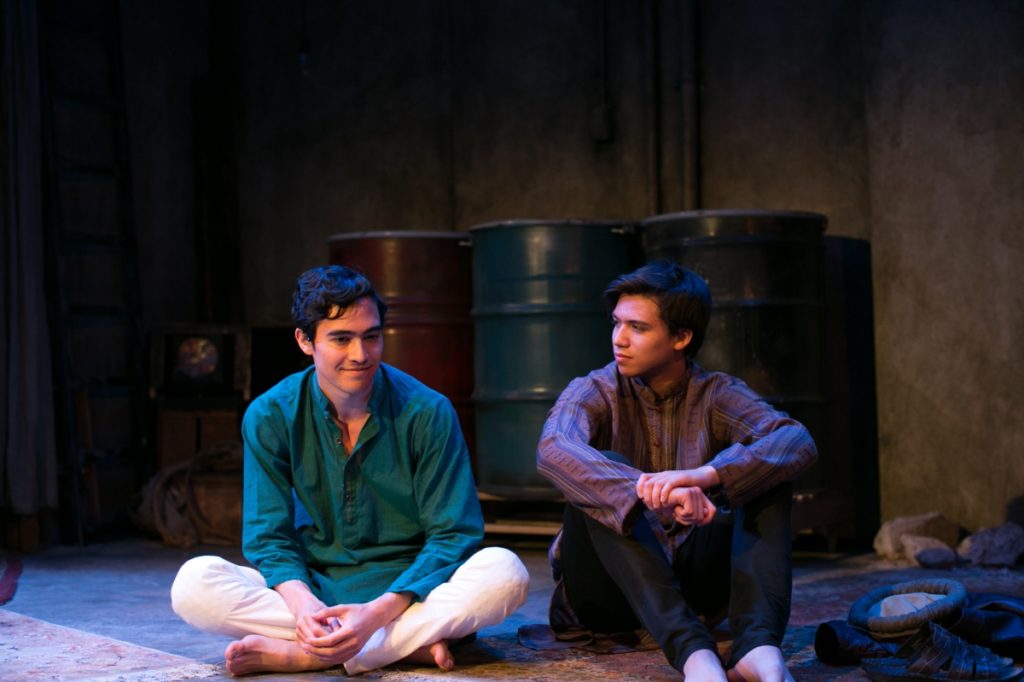 A recent example is a musical that opened at Diversionary Theatre in 2016, The Boy Who Danced on Air. In 2017, the show was produced with a few of the original stars at Abingdon Theatre Company Off-Broadway.

Loosely based on the 2010 PBS “Frontline” documentary, “The Dancing Boys of Afghanistan,” Diversionary is allowing audiences to stream the powerful show for a limited engagement.

Set in modern day Afghanistan, a father sells a young boy, Paiman (Troy Iwata), to a master, Jahandar (Jonathan Raviv). Jahandar teaches Paiman to take part in a controversial practice, bacha bazi, which in English means “boy play.” Boys in this practice dance for older men, and are usually forced to have sex with them.

The subject matter is inherently disturbing, but the book and lyrics by Charlie Sohne smartly focuses on the characters, instead of the graphic nature of bacha bazi. Even in brief moments of physical violence in act two, he doesn’t stoop to cheap exploitation or gratuitously shocking content.

Sohne’s story mixes moments of hope and bleakness, which is conveyed in Tim Rosser’s score.

Rosser’s music features inspiration from the pure Afghan musical style in numbers such as “A Song He Never Chose” and “Kabul,” and also uses contemporary musical melodies in the songs, “Little Dance” and “A Boy of My Own.”

The only tune that is redundant is Jahandar’s solo number, “Play Your Part.” While Rossner’s score is richly composed, Sohne’s lyrics express Jahandar’s traditional beliefs in a way that gets repetitive. Jahandar’s views on the world are more memorably shared in sequences before and after this work.

Each piece of music is strongly played by the four-person band, which is comprised of guitarist, PJ Bovee, bassist, Jay Hemphill, violinist, Natalka Kytasty and percussionist, Dan Ochipinti. Their musicianship contributes to moments of grandeur and intimacy, which can be appreciated when watching the recording.

High quality camerawork on display captures the various elements of the production. This is particularly true with Tony Speciale’s direction.

Several of the biggest moments that Speciale stages utilize silhouettes from lighting designer, Wen-Ling Liao on Sean Fanning’s Middle Eastern-influenced set. The artistry from their collaboration is beautiful.

Other visual elements that represent bacha bazi are discomforting, including Shirley Pierson’s costumes for Feda and Paiman, and Nejla Y. Yatkin’s choreography.

Theatergoers’ attention is captured, by the director, work from the crew, the musical numbers and the performers. Iwata and Chaiyahat are empathetic, playing good people who seek better lives. The artists evoke many emotions in both their singing and spoken dialogue. 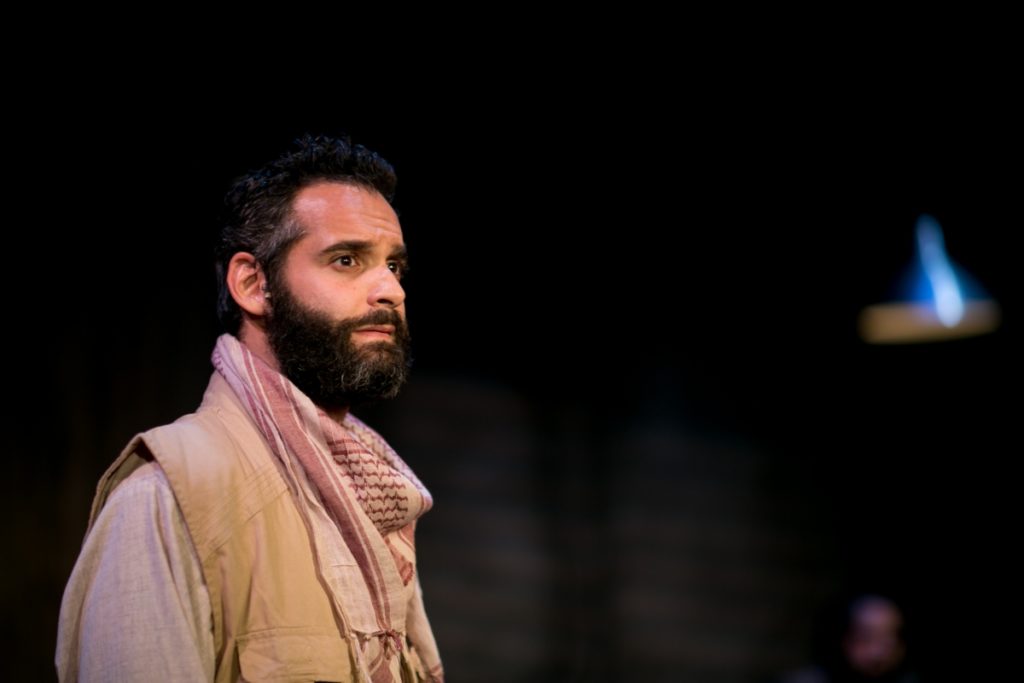 In two other supporting roles, Koray Tarhan captivatingly sets up major plot points as the narrator, The Unknown Man, and M. Keala Milles, Jr. is both funny and menacing depicting Jahandar’s cousin, and the owner of Feda, Zemar.

As riveting as the actual tale is, the audio is hard to understand at times when watching it at home. You will likely need to adjust your volume during various moments to hear every word.

Despite the discomforting subject matter, The Boy Who Danced on Air captivates as a refreshingly bold musical. There deserves to be new interpretations, at different venues, when live theatre resumes.

The Boy Who Danced on Air is available for viewing on diversionary.org through July 19.